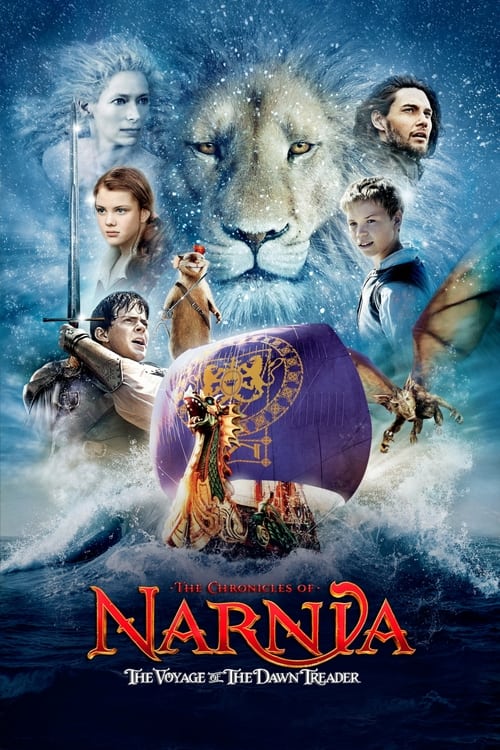 Plot : This time around Edmund and Lucy Pevensie, along with their pesky cousin Eustace Scrubb find themselves swallowed into a painting and on to a fantastic Narnian ship headed for the very edges of the world. 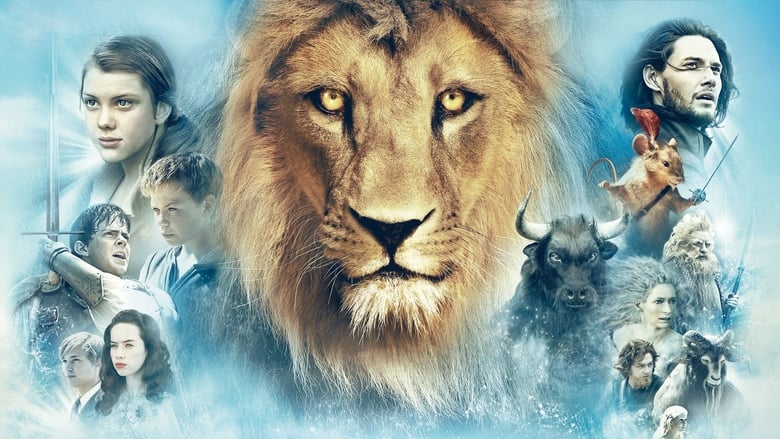 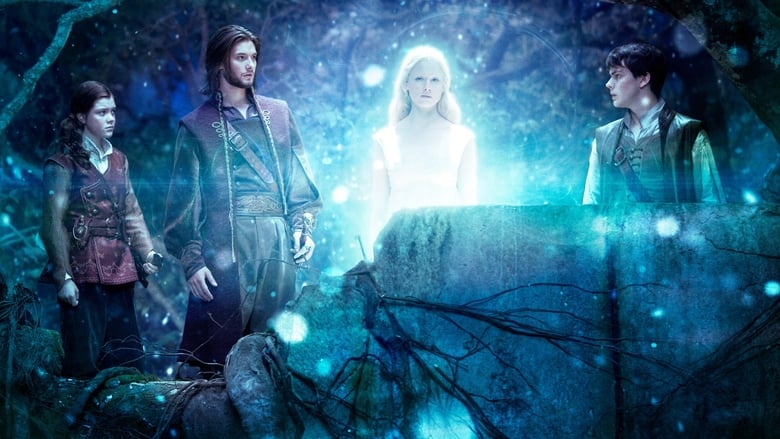 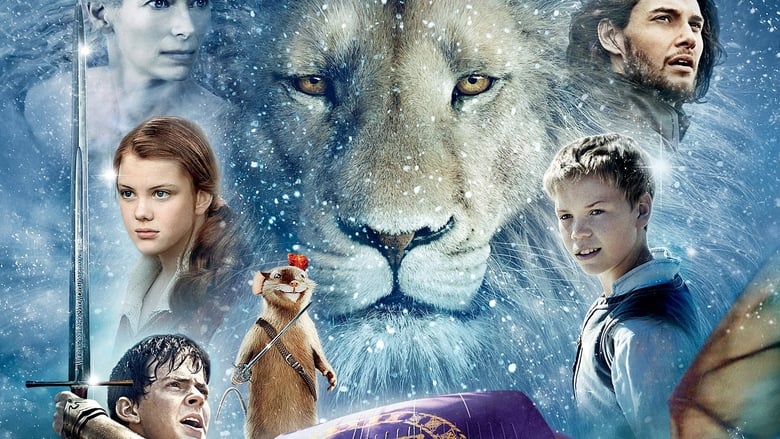 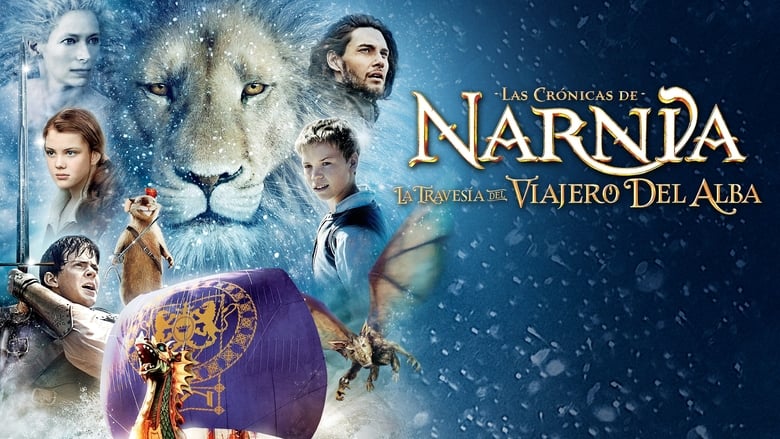 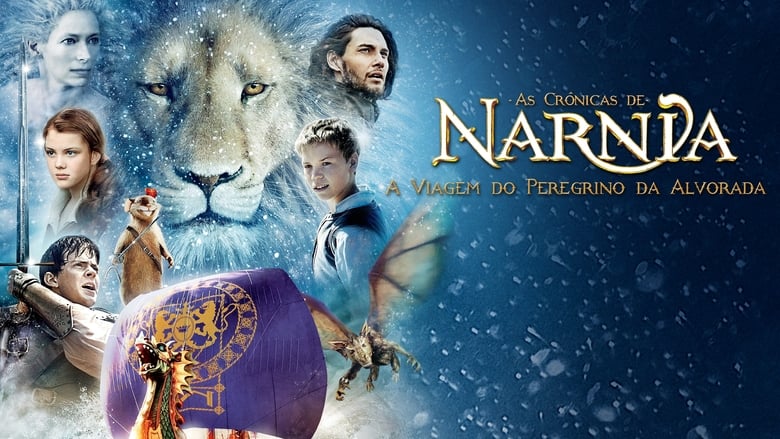 Growing up in the Canada in the 70's and 80's, I fondly recall vastly enjoying an animated version of Lewis' 'The Lion, the Witch and the Wardrobe' that was presented by Kraft on CTV. Now as a father of a son, I want to see with him the contemporary versions of the books I adored in my youth, though at present I greatly prefer the craftsmanship of cinema pre-1970. It never bothers me in the slightest, to the ire of my more obsessive-compulsive cinephilic friends, seeing films of series with complete disregard to their order (one of my friends nearly had a heart attack, when he discovered I had watched 'Spider-Man 3' without having previously watched films 1 and 2--don't even get me started about the 'Harry Potter' series...), so, especially curious about how one of my favourite contemporary directors, Michael Apted, would do in the realm of big-budget, CGI-intensive fantasy filmmaking (I expected a fish-out-of-water, like Lord Richard Attenborough helming 'A Chorus Line'), I gave this a shot. I enjoyed this more than 'Harry Potter' films I have seen, though it does stretch things from the literary works, but unfortunately, that seems to be the way things are, since film became less about artistry and more about business (just see at Toys R Us how many possible toys you can purchase, and similar commercial off-shoots, and I don't even consider this series a major player in this sort of area, because of its Christian undertones, which really doesn't mesh perfectly with selling tons of toys, though of course the realms aren't mutually exclusive, not by any stretch of the imagination). I think that Apted did a decent job, especially considering that yes, he is a fine director, but this isn't really his cup of tea. I distinctly feel that if these films are your comfort food, you won't be disappointed. I look forward to checking out the series' two preceding entries, and, though they left an opportunity for more films, which I believe wouldn't be from Lewis' works at all, it was a nice summation at its conclusion. Finally, it was great to see (or at the very least, hear) Tilda Swinton, Liam Neeson and Simon Pegg, they seem to be thrown in everything these days. I heartily salute their agents--they must have the very best in the business.

I wouldn't class this as a good or bad film, it's in a weird sorta in-between to me. 'The Chronicles of Narnia: The Voyage of the Dawn Treader' is, comparatively, bad. It loses the vibe and all the intrigue that the first film has, as it continues the downward trajectory set by the other sequel. However, it's still just about got a decent adventure feel to it. Only two of the youngsters reprise their roles 'properly', those being Georgie Henley (Lucy) and Skandar Keynes (Edmund). I'd always prefer a cast to remain the same, but if I'm honest this doesn't miss William Moseley (Peter) and Anna Popplewell (Susan) all that much. That argument is helped by the arrival of a young Will Poulter as Eustace. He's great. Plot-wise is where it gets meh. I didn't care for it, even if I did like its swashbuckling nature. I can see many finding enjoyment with it, but for me it doesn't quite come out positively unfortunately - it's sluggish. The ship set also feels rather cheap. Not at all a bad film; one that was interestingly made without the involvement of Disney, Walden Media joined up with Fox instead. I just couldn't find enough entertainment in it.

A father and his son walk alone through burned America. Nothing moves in the ravaged landscape save the ash on the wind and water. It is cold enough to crack stones, and, when the snow falls it is gray. The sky is dark. Their destination is the warmer south, although they don't know what, if anything, awaits them there.

Swedish thriller based on Stieg Larsson's novel about a male journalist and a young female hacker. In the opening of the movie, Mikael Blomkvist, a middle-aged publisher for the magazine Millennium, loses a libel case brought by corrupt Swedish industrialist Hans-Erik Wennerström. Nevertheless, he is hired by Henrik Vanger in order to solve a cold case, the disappearance of Vanger's niece

Harvard symbologist Robert Langdon is recruited by the Vatican to investigate the apparent return of the Illuminati - a secret, underground organization - after four cardinals are kidnapped on the night of the papal conclave.

The Wind in the Willows: Concise version of Kenneth Grahame's story of the same name. J. Thaddeus Toad, owner of Toad Hall, is prone to fads, such as the newfangled motor car. This desire for the very latest lands him in much trouble with the wrong crowd, and it is up to his friends, Mole, Rat and Badger to save him from himself. - The Legend of Sleepy Hollow: Retelling of Washington Irving's story set in a tiny New England town. Ichabod Crane, the new schoolmaster, falls for the town beauty, Katrina Van Tassel, and the town Bully Brom Bones decides that he is a little too successful and needs "convincing" that Katrina is not for him.

The Scorpion King 2: Rise of a Warrior

The heroic tale of young Mathayus and his relentless quest for justice against an evil and powerful villain, King Sargon. Mathayus faces heart-stopping tribulations during his adventurous, odds-defying trajectory toward his ultimate destiny: becoming the formidable warrior king of an ancient desert empire.

Merlin and the Book of Beasts

In the twenty years since the fall of Camelot, Merlin has become a recluse known as "the wild man of the woods." He is now summoned by a charge of young knights as they quest to destroy an evil wizard who rules the land from a throne of a "New Camelot."

As if the Penguin wasn't enough to contend with, a new vigilante has surfaced in Gotham City, and her strong-arm tactics give Batman cause for concern.

Tired of the noise and madness of New York and the crushing conventions of late Eisenhower-era America, itinerant journalist Paul Kemp travels to the pristine island of Puerto Rico to write for a local San Juan newspaper run by the downtrodden editor Lotterman. Adopting the rum-soaked lifestyle of the late ‘50s version of Hemingway’s 'The Lost Generation', Paul soon becomes entangled with a very attractive American woman and her fiancée, a businessman involved in shady property development deals.  It is within this world that Kemp ultimately discovers his true voice as a writer and integrity as a man.

Forks, Washington resident Bella Swan is reeling from the departure of her vampire love, Edward Cullen, and finds comfort in her friendship with Jacob Black, a werewolf. But before she knows it, she's thrust into a centuries-old conflict, and her desire to be with Edward at any cost leads her to take greater and greater risks.