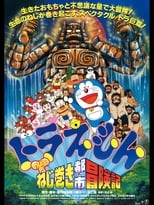 Doraemon: Nobita and the Spiral City

After Suneo bragged about having a ranch, Nobita was asked whether or not he has one, pressuring him to say yes. Doraemon won a number of lotteries for useless planets in the belt between Mars and Jupiter. When Suneo and the rest came to see the ranch, Nobita happened to read the last of the lottery number to the go-anywhere-door, leading them to a huge dreamlike area. As Nobitas toy horse pranced around because of the wind-up life gadget, Suneo and the others became interested in doing the same to their toys and let them live in the area. So they decided to make their own clockwork city. 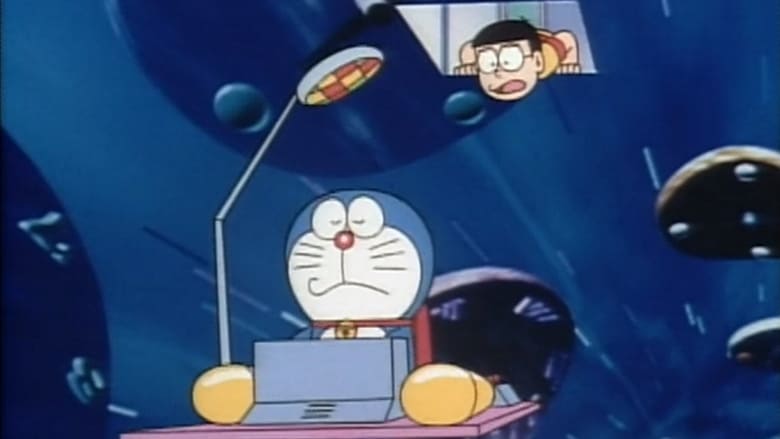 Similar Movies to Doraemon: Nobita and the Spiral City

Relaxing on a cozy beach, the Straw Hat Pirates are taking a rest from their quest. Right until Luffy noticed the Going Merry has been hijacked and sailed off from the beach. This leads them to search the ship and find the thief who took it from them. They ran into a duo named the Theif Brothers, who informed them that their ship was stolen by a group of pirates called the Trump Kyoudai. When they encountered the Trump Pirates, Nami ended up getting kidnapped as well as Luffy's hat. They tracked down the pirates to their base on Clockwork Island. Now Luffy, Zoro, Sanji, Usopp, and the Theif Brothers must reclaim the Going Merry, Save Nami, and get back Shank's straw hat.
Movie Star Rating : 6.9  Read More

Demons that once almost destroyed the world, are revived by someone. To prevent the world from being destroyed, the demon has to be sealed and the only one who can do it is the shrine maiden Shion from the country of demons, who has two powers; one is sealing demons and the other is predicting the deaths of humans. This time Naruto's mission is to guard Shion, but she predicts Naruto's death. The only way to escape it, is to get away from Shion, which would leave her unguarded, then the demon, whose only goal is to kill Shion will do so, thus meaning the end of the world. Naruto decides to challenge this "prediction of death."
Movie Star Rating : 7.239  Read More

Pokémon: The Rise of Darkrai

Ash and friends (this time accompanied by newcomer Dawn) arrive at an idyllic village on their way to their next Pokemon contest, where chaos will soon erupt with the prophecy of two Pokemon Gods (Dialga and Palkia) and the arrival of a mysterious, seemingly deadly Pokemon named Darkrai, which has the power to distort space and time.
Movie Star Rating : 6.836  Read More

Naruto the Movie: Guardians of the Crescent Moon Kingdom

Naruto Uzumaki, Kakashi Hatake, Sakura Haruno, and Rock Lee are assigned to protect the prince of the Land of the Moon, Michiru, during his world trip; other escorts had been hired, but quit due to being treated poorly. The Land of the Moon is a very wealthy nation, so Michiru tends to buy whatever he wants, and has a very materialistic worldview. His Hikaru, also acts in much the same manner.
Movie Star Rating : 6.971  Read More

Originally a collection of clips from the Neon Genesis Evangelion TV series, Death was created as a precursor to the re-worked ending of the series. Rebirth was intended as that re-worked ending, but after production overruns Rebirth became only the first half of the first part of The End of Evangelion, with some minor differences.
Movie Star Rating : 7.612  Read More

Son Goku Jr. is the great-great-great-great-grandson of the legendary martial artist Son Goku. However, unlike his predecessor he's not a brave fighter. He's constantly picked on by school bullies, his grandmother Pan sees this and she's worried, but even though Goku Jr. is not a strong and powerful Saiyan, he has a kind heart, and Pan loves him. When Pan gets sick Goku Jr. realizes he must do something if he doesn't want to lose Pan. Then he will remember about the legends of the Dragon Balls. It was told they granted a wish to the bearer, Goku Jr. needs a magical wish more than ever.
Movie Star Rating : 6.673  Read More

A mysterious group of ninjas makes a surprise attack on the Konohagakure, which takes great damage. The nightmare of another Shinobi World War could become a reality. Sasuke, who was still a missing nin from Konoha trying to kill his brother, Itachi, appears for the second time in front of Naruto at an unknown location to prevent it from happening.
Movie Star Rating : 7.164  Read More

The second of two theatrically released follow-ups to the Neon Genesis Evangelion series. Comprising of two alternate episodes which were first intended to take the place of episodes 25 and 26, this finale answers many of the questions surrounding the series, while also opening up some new possibilities.
Movie Star Rating : 8.384  Read More

One Piece: The Movie

There once was a pirate known as the Great Gold Pirate Woonan, who obtained almost one-third of the world's gold. Over the course of a few years, the pirate's existence faded, and a legend grew that he disappeared with his gold to a remote island, an island pirates continue to search for. Aboard the Going Merry, Luffy and his crew, starved and reckless, are robbed of their treasure. In an attempt to get it back, they wreck the getaway ship, guided by a young boy named Tobio, who's a captured part of El Drago's pirate crew. El Drago's love for gold has driven him to look for Woonan's island, and thanks to Woonan's treasure map, he finds it. During this time, Luffy's crew have been split up, and despite their own circumstances, they must find a way to stop El Drago from obtaining Woonan's gold.
Movie Star Rating : 6.8  Read More