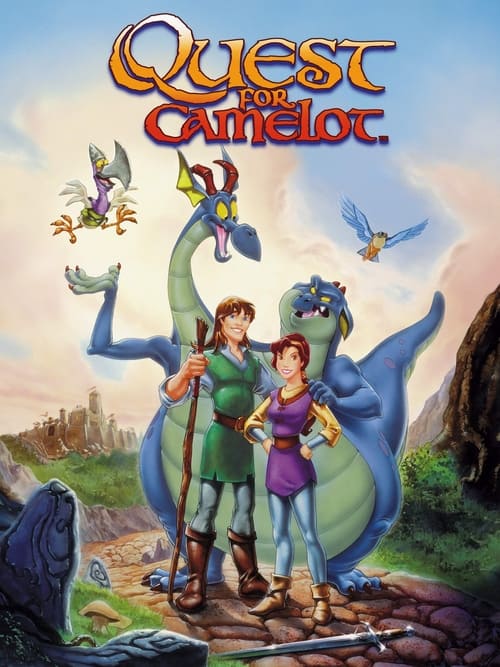 Plot : During the times of King Arthur, Kayley is a brave girl who dreams of following her late father as a Knight of the Round Table. The evil Ruber wants to invade Camelot and take the throne of King Arthur, and Kayley has to stop him. 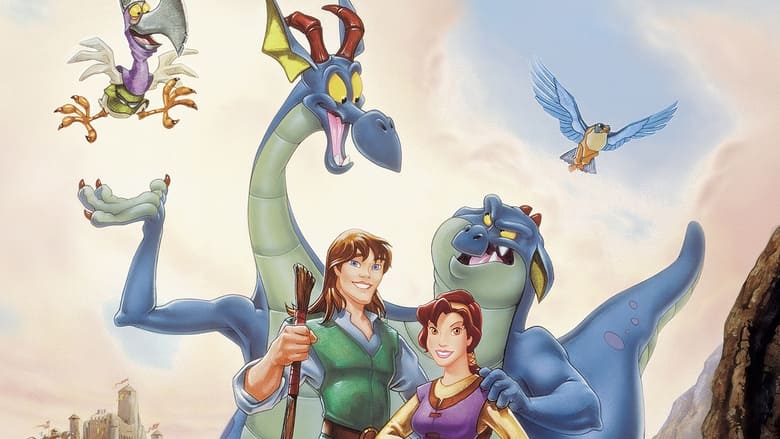 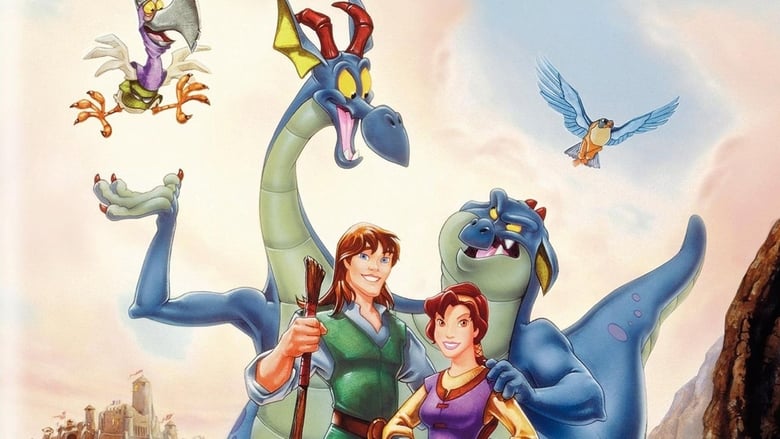 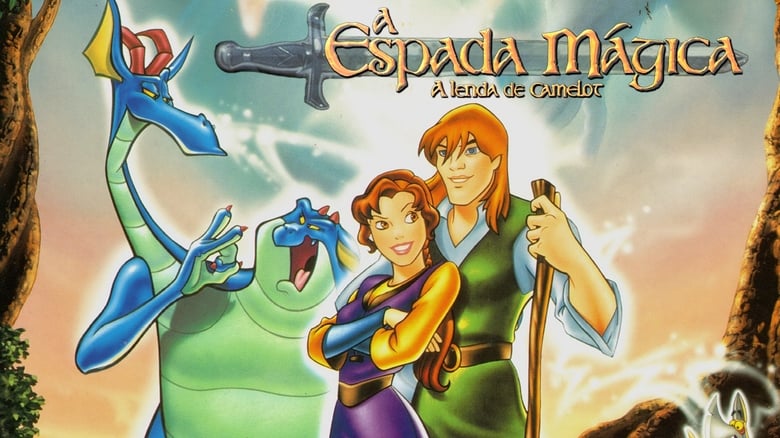 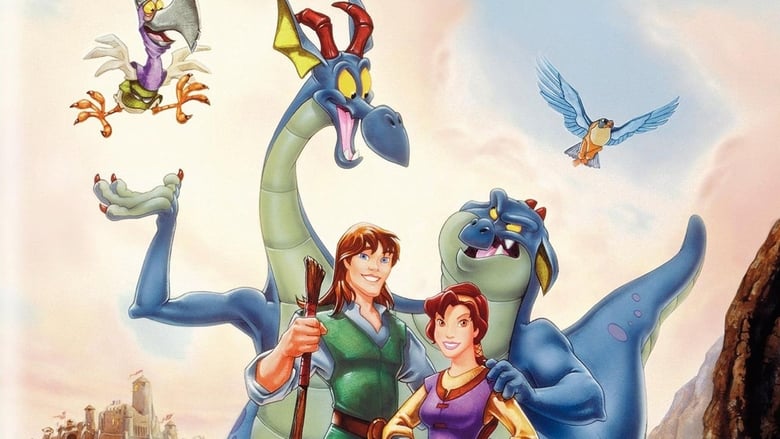 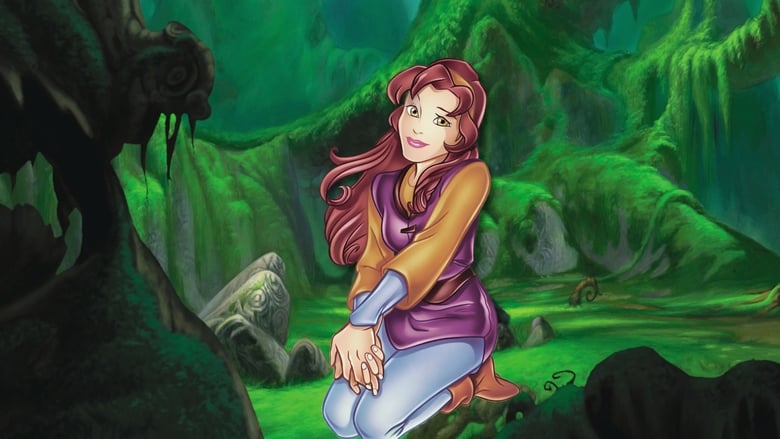 Empty watch, probably won't watch again, and can't recommend. This movie is a good example of Warner Bros' desperate desire to be like Disney instead of doing their own thing when it comes to animation. It even looks like they lifted a character directly out of "Alice in Wonderland", and maybe there was a legal loophole they had , but it was really unnecessary. Honestly, most of the premise is a lot of nonsense, and I don't mean to dash dreams and lose the fancy of imaginative creation, but it's not even just fun. They took one of the few popular free stories (King Arthur) that Disney hadn't monopolized ("Sword in the Stone" only covers Arthur as a child, and this is after Camelot was realized), and then added so much magical guff to it that it was hardly recognizable as a version of the original story. This is not a "King Arthur and his Knights" story, it's a Kayley, and you don't know who that is because they made her up. Even Cary Elwes (Princess Bride: The Man in Black), by far the best actor / character in the movie, seems to have impatient disdain for having to perform the role, and he's probably the 3rd most occurring character. A knight that Arthur never would have made a knight, that the audience doesn't know, traitors the crown (when Lancelot did it, it was impactful) and kills a knight, that the audience doesn't know or care about, so the main character is launch into adventure on a basis that the audience objectively doesn't care about, and that adventure is further preluded with a Griffon dropping Excaliber into a cursed wood (which would have normally been represented by Merlin and/or the Woad), and having some magic would be fine, but they basically rip off the "Fire Swamp" from "Princess Bride" and add in all these questionably real people with weapons for hands. Everything I just wrote sounds insane, and that's without the guide being blind or there being a 2-headed dragon that hates itselves. I'm tired, and you should skip this unless you just have to see the train wreck.

Similar Movies to Quest for Camelot

Prince Amleth is on the verge of becoming a man when his father is brutally murdered by his uncle, who kidnaps the boy's mother. Two decades later, Amleth is now a Viking who's on a mission to save his mother, kill his uncle and avenge his father.
Movie Star Rating : 7.2  Read More

How to Train Your Dragon: Homecoming

It's been ten years since the dragons moved to the Hidden World, and even though Toothless doesn't live in New Berk anymore, Hiccup continues the holiday traditions he once shared with his best friend. But the Vikings of New Berk were beginning to forget about their friendship with dragons. Hiccup, Astrid, and Gobber know just what to do to keep the dragons in the villagers' hearts. And across the sea, the dragons have a plan of their own...
Movie Star Rating : 8.1  Read More

An epic fantasy adventure based on the timeless Arthurian legend, The Green Knight tells the story of Sir Gawain, King Arthur's reckless and headstrong nephew, who embarks on a daring quest to confront the eponymous Green Knight, a gigantic emerald-skinned stranger and tester of men.
Movie Star Rating : 6.6  Read More

One day a young woman named Blanca is saved by Xuan, a snake catcher from a nearby village. She has lost her memory, and together they go on a journey to discover her real identity, developing deeper feelings for one another along the way. But as they learn more about her past, they uncover a darker plot of supernatural forces vying for power, with the fate of the world hanging in the balance.
Movie Star Rating : 7.7  Read More

The Empire of Izmer is a divided land: elite magicians called “mages” rule while lowly commoners are powerless. When Empress Savina vows to bring equality and prosperity to her land, the evil mage Profion plots to depose her.
Movie Star Rating : 4.3  Read More

As the Roman empire crumbles, young Romulus Augustus flees the city and embarks on a perilous voyage to Britain to track down a legion of supporters.
Movie Star Rating : 5.6  Read More

Taran is an assistant pigkeeper with boyish dreams of becoming a great warrior. However, he has to put the daydreaming aside when his charge, an oracular pig named Hen Wen, is kidnapped by an evil lord known as the Horned King. The villain hopes Hen will show him the way to The Black Cauldron, which has the power to create a giant army of unstoppable soldiers.
Movie Star Rating : 6.5  Read More

Jackie Chan stars as Asian Hawk, an Indiana Jones-style adventurer looking to make a fortune in exotic antiquities. After Hawk discovers a mysterious sword in Africa, a band of Satan-worshipping monks kidnap his ex-girlfriend Lorelei, demanding the sword as ransom as well as other pieces of the legendary Armour of God - a magical outfit dating back to the Crusades.
Movie Star Rating : 7  Read More

Aristocrat Guillaume de Saint Preux leads a double life as a masked bandit known as the Black Tulip. The Black Tulip only robs rich aristocrats, so the local peasants regard him as a hero. Baron La Mouche is convinced Guillaume is the Tulip. During a robbery, he scars the Tulip's face, and hopes to use this to expose Guillaume, but Guillaume is one step ahead.
Movie Star Rating : 6.2  Read More