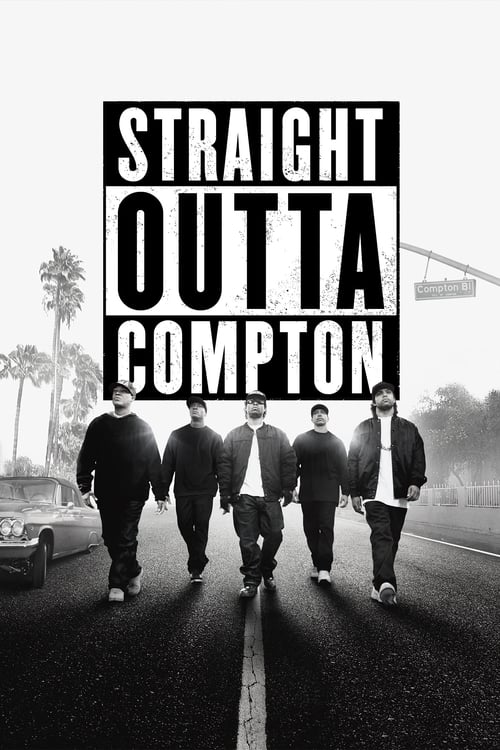 Plot : In 1987, five young men, using brutally honest rhymes and hardcore beats, put their frustration and anger about life in the most dangerous place in America into the most powerful weapon they had: their music. Taking us back to where it all began, Straight Outta Compton tells the true story of how these cultural rebels—armed only with their lyrics, swagger, bravado and raw talent—stood up to the authorities that meant to keep them down and formed the world’s most dangerous group, N.W.A. And as they spoke the truth that no one had before and exposed life in the hood, their voice ignited a social revolution that is still reverberating today. 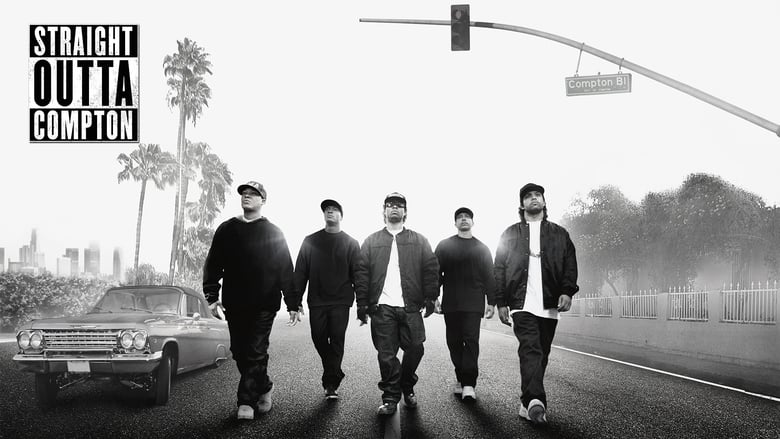 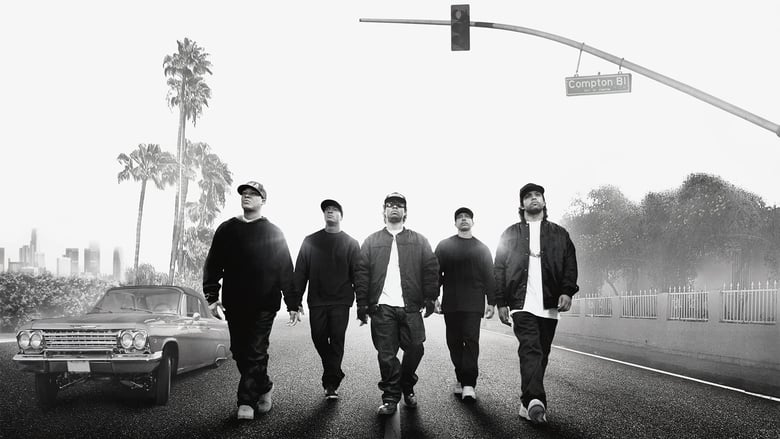 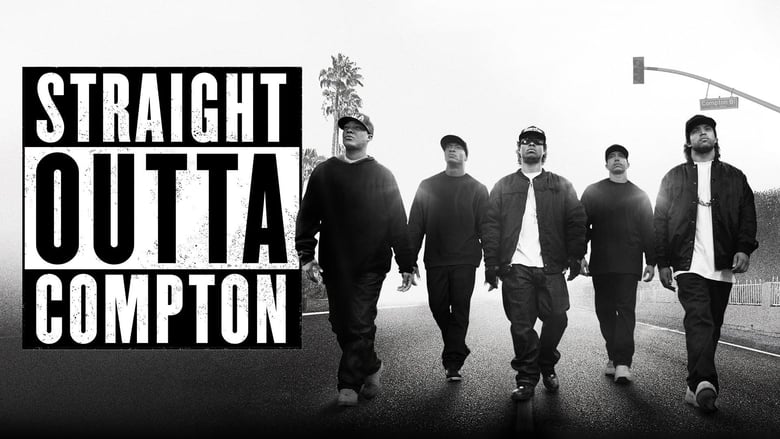 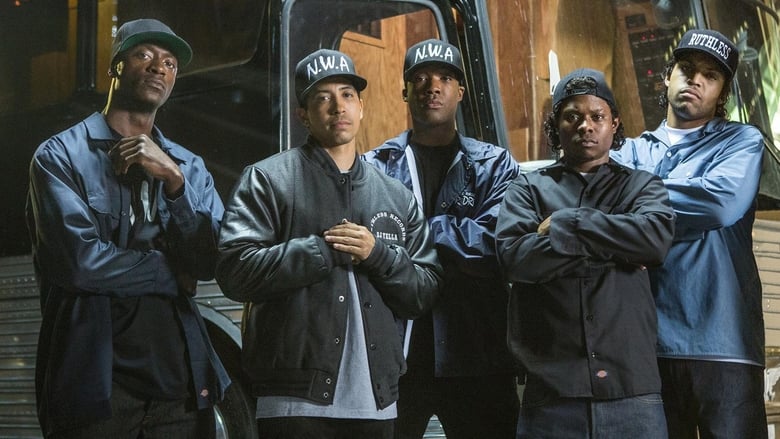 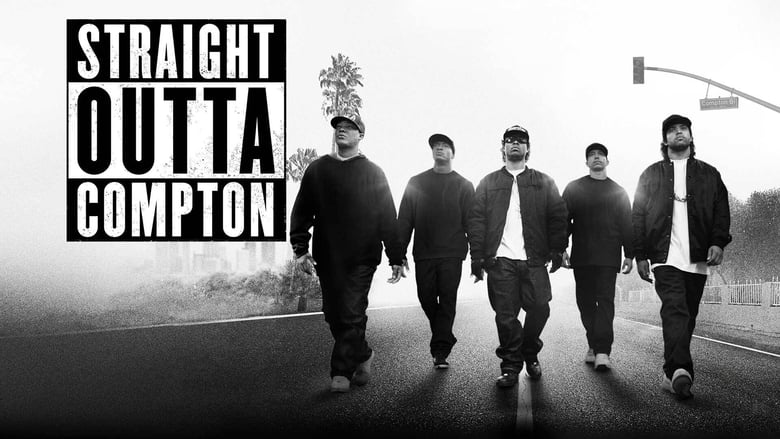 **The rise of the Rap music!** There were lots of debate over this film's snub from the Oscars, but I'm not here to talk about that. As a film, it was awesome and as a biographical film, even more awesome, but not an inspiring film that I was expecting. There were many bad things in it, like the language and character portrayals. Though hats off to the filmmakers for rendering the it with the bold contents. I don't know if it being true to the actual events, but anybody can feel how those circumstances would have been for those involved in the real. One thing is for sure, the film is not for the families. The first half was the reason which was very negatively appealed, particularly the racism and police abuse preoccupied rather than telling the actual story. But the next half was much better. I liked it because of that part which crafted so brilliantly. That's where the real journey begins. Well played characters, everybody who repressed those real ones were done incredible job. This film revealed something I did know. Like how the Rap music got so popular. I quite belong to the same generation where this thing got its revolution. It was like another 'Lords of Dogtown' where the young guys made skateboards popular, but here it was the Rap songs. It was a two and half hour long film, longer than an average film length, but the pace was good. Except the strong contents, the narration never looked dull. I totally enjoyed watching it, a good film for adults, particularly those who love Rap music must not think of missing it. _7/10_

Quality film. I thoroughly enjoyed 'Straight Outta Compton', it had me gripped all the way through. That's despite me having little to no knowledge of N.W.A, I knew of their name and of Ice Cube and Dr. Dre but basically zilch about their actual story. I couldn't comment on how true it is to history, but as a film it's fantastic. You have great performances from O'Shea Jackson Jr., Corey Hawkins, Jason Mitchell and Paul Giamatti. Mitchell impressed me most as Eazy-E, while the casting of Jackson as Ice Cube - his father, of course - was a masterstroke. All the cast do very well, in truth. I love how gritty the film is too, it feels real - at least as real as film can get. There is some neat cinematography in there, while the music is entwinned nicely. The pacing is almost perfect, aside from a few moments in the middle. I also rate how it all ends, in terms of the story but also with the end credits. There's heart in there.

The Haunting in Connecticut

When the Campbell family moves to upstate Connecticut, they soon learn that their charming Victorian home has a disturbing history: not only was the house a transformed funeral parlor where inconceivable acts occurred, but the owner's clairvoyant son Jonah served as a demonic messenger, providing a gateway for spiritual entities to crossover.
Movie Star Rating : 6.2  Read More

Eager to start afresh, the unsuspecting couple of Anthony and Dolores Montelli, along with their four children, move into their dream house in Amityville. However, right from the very first night, strange paranormal experiences shatter the Montellis' fantasy, as the restless spirits of the dead and the new home's dark secrets open the unfathomable black portal of hell. Now, the family's older child, Sonny, has become the perfect vessel of destruction, as the invisible demonic forces claim his soul. Can Father Frank Adamsky cleanse the infernal Amityville House?
Movie Star Rating : 5.7  Read More

Johnny Knoxville, Bam Margera, Steve-O, Wee Man and the rest of their fearless and foolhardy friends take part in another round of outrageous pranks and stunts. In addition to standing in the path of a charging bull, launching themselves into the air and crashing through various objects, the guys perform in segments such as "Sweatsuit Cocktail," "Beehive Tetherball" and "Lamborghini Tooth Pull."
Movie Star Rating : 6.6  Read More

Bolt is the star of the biggest show in Hollywood. The only problem is, he thinks it's real. After he's accidentally shipped to New York City and separated from Penny, his beloved co-star and owner, Bolt must harness all his "super powers" to find a way home.
Movie Star Rating : 6.5  Read More

An American with a Japanese upbringing, Chris Kenner is a police officer assigned to the Little Tokyo section of Los Angeles. Kenner is partnered with Johnny Murata, a Japanese-American who isn't in touch with his roots. Despite their differences, both men excel at martial arts, and utilize their formidable skills when they go up against Yoshida, a vicious yakuza drug dealer with ties to Kenner's past.
Movie Star Rating : 6.3  Read More