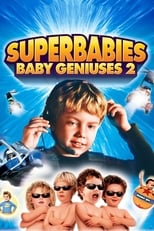 Meet the new generation of superheroes.

Following on from the plot of the last movie, babies can communicate with each other using baby talk, and have an innate knowledge of the secrets of the universe. The baby geniuses become involved in a scheme by media mogul Bill Biscane (Jon Voight). Helping the geniuses is a legendary superbaby named Kahuna. He joins up with several other babies in an attempt to stop Biscane, who intends to use a state-of-the-art satellite system to control the worlds population. 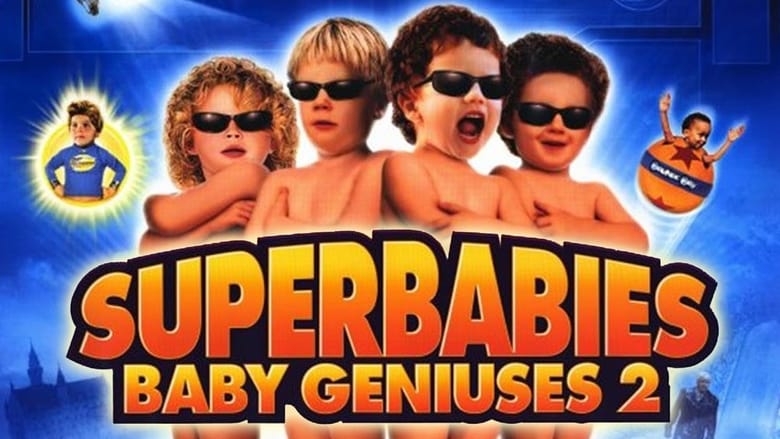 Son of the Mask

Tim Avery, an aspiring cartoonist, finds himself in a predicament when his dog stumbles upon the mask of Loki. Then after conceiving an infant son "born of the mask", he discovers just how looney child raising can be.
Movie Star Rating : 4.146  Read More

This time around Edmund and Lucy Pevensie, along with their pesky cousin Eustace Scrubb find themselves swallowed into a painting and on to a fantastic Narnian ship headed for the very edges of the world.
Movie Star Rating : 6.412  Read More

A Nightmare on Elm Street: The Dream Child

Alice, having survived the previous installment of the Nightmare series, finds the deadly dreams of Freddy Krueger starting once again. This time, the taunting murderer is striking through the sleeping mind of Alice's unborn child. His intention is to be "born again" into the real world. The only one who can stop Freddy is his dead mother, but can Alice free her spirit in time to save her own son?
Movie Star Rating : 5.414  Read More

A weekend cruise on a luxurious party yacht goes horribly wrong for a group of old high-school friends. They forget to let the ladder down before they jump into the ocean for a swim. The boat proves impossible to climb. They are stuck in the water many miles from shore, with baby Sara left alone on board. Sara's mother Amy must contend with her aqua-phobia as well as the group's increasing desperation, as the friends begin to turn on each other. Soon the exhaustion of keeping afloat and the struggle to get back on board begin to take a terrible toll. The happy reunion turns into a fight for survival...
Movie Star Rating : 5.45  Read More

A veteran-turned-mercenary is hired to take a young woman with a secret from post-apocalyptic Eastern Europe to New York City.
Movie Star Rating : 5.562  Read More

The circle of life continues for Simba, now fully grown and in his rightful place as the king of Pride Rock. Simba and Nala have given birth to a daughter, Kiara who's as rebellious as her father was. But Kiara drives her parents to distraction when she catches the eye of Kovu, the son of the evil lioness, Zira. Will Kovu steal Kiara's heart?
Movie Star Rating : 6.976  Read More

The evil Queen Bavmorda hunts the newborn princess Elora Danan, a child prophesied to bring about her downfall. When the royal infant is found by Willow, a timid farmer and aspiring sorcerer, he's entrusted with delivering her from evil.
Movie Star Rating : 7.034  Read More

The epic saga continues as Luke Skywalker, in hopes of defeating the evil Galactic Empire, learns the ways of the Jedi from aging master Yoda. But Darth Vader is more determined than ever to capture Luke. Meanwhile, rebel leader Princess Leia, cocky Han Solo, Chewbacca, and droids C-3PO and R2-D2 are thrown into various stages of capture, betrayal and despair.
Movie Star Rating : 8.38  Read More