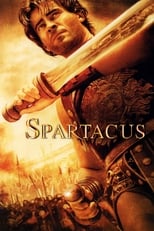 Sentenced to spend out the rest of his adult life laboring in the harsh deserts of Egypt, the Thracian slave Spartacus gets a new lease on life when he is purchased by the obese owner of a Roman gladiator school. Moved by the defiance of an Ethiopian warrior, Draba, Spartacus leads a slave uprising which threatens Romes status quo. As Spartacus gains sympathy within the Roman Senate, he also makes a powerful enemy in form of Marcus Lucinius Crassus, who makes it a matter of personal honor to crush the rebellion. 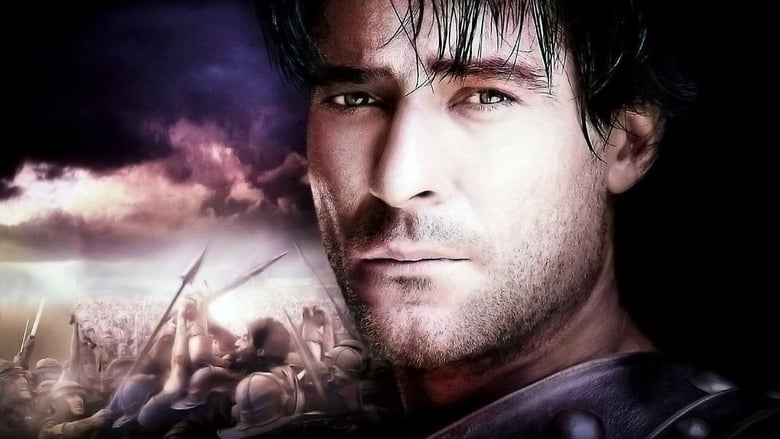 The rebellious Thracian Spartacus, born and raised a slave, is sold to Gladiator trainer Batiatus. After weeks of being trained to kill for the arena, Spartacus turns on his owners and leads the other slaves in rebellion. As the rebels move from town to town, their numbers swell as escaped slaves join their ranks. Under the leadership of Spartacus, they make their way to southern Italy, where they will cross the sea and return to their homes.
Movie Star Rating : 7.6  Read More

In 79 A.D., Milo, a slave turned gladiator, finds himself in a race against time to save his true love Cassia, the beautiful daughter of a wealthy merchant who has been unwillingly betrothed to a corrupt Roman Senator. As Mount Vesuvius erupts in a torrent of blazing lava, Milo must fight his way out of the arena in order to save his beloved as the once magnificent Pompeii crumbles around him.
Movie Star Rating : 5.4  Read More

In 140 AD, twenty years after the unexplained disappearance of the entire Ninth Legion in the mountains of Scotland, young centurion Marcus Aquila (Tatum) arrives from Rome to solve the mystery and restore the reputation of his father, the commander of the Ninth. Accompanied only by his British slave Esca (Bell), Marcus sets out across Hadrian's Wall into the uncharted highlands of Caledonia - to confront its savage tribes, make peace with his father's memory, and retrieve the lost legion's golden emblem, the Eagle of the Ninth.
Movie Star Rating : 6.1  Read More

The perversion behind imperial Rome, the epic story of Rome's mad Emporer. All the details of his cruel, bizarre reign are revealed right here: His unholy sexual passion for his sister, his marriage to Rome's most infamous prostitute, his fiendishly inventive means of disposing those who would oppose him, and more.
Movie Star Rating : 5.5  Read More

Marcellus is a tribune in the time of Christ. He is in charge of the group that is assigned to crucify Jesus. Drunk, he wins Jesus' homespun robe after the crucifixion. He is tormented by nightmares and delusions after the event. Hoping to find a way to live with what he has done, and still not believing in Jesus, he returns to Palestine to try and learn what he can of the man he killed.
Movie Star Rating : 6.5  Read More

Set against the back drop of Rome in crisis, General Marcus Vinicius returns to the city from the battle fields and falls in love with a Christian woman, Lygia. Caught in the grip of insanity, Nero's atrocities become more extreme and he burns Rome, laying the blame on the Christians. Vinicius races to save Lygia from the wrath of Nero as the empire of Rome collapses around them.
Movie Star Rating : 6.9  Read More

Set in 50 B.C., Asterix and Obelix are living in a small but well-protected village in Gaul, where a magic potion concocted by Druids turns the townsfolk into mighty soldiers. When Roman troops carve a path through Gaul to reach the English Channel, Caesar and his aide de camp Detritus discover the secret elixir and capture the Druid leader who knows its formula, and Asterix and Obelix are sent off to rescue them.
Movie Star Rating : 6  Read More

Judah Ben-Hur, a Palestinian Jew, is battling the Roman empire at the time of Christ. His actions send him and his family into slavery, but an inspirational encounter with Jesus changes everything. He finally meets his rival in a justly famous chariot race and rescues his suffering family.
Movie Star Rating : 7.8  Read More

As the Roman empire crumbles, young Romulus Augustus flees the city and embarks on a perilous voyage to Britain to track down a legion of supporters.
Movie Star Rating : 5.5  Read More

The deranged Roman emperor Gainus 'Caligula' (Little Boots) Caesar (12-41 A.D.) rules Rome with an iron fist and has anyone tortured and exectued for even the slightest insubordination. Mostly set during his last year of his reign, as Caligula loses support due to his brutal and crazed excess, a young Moor woman, named Miriam, becomes his lover while ploting to kill him to avenge the murder of a friend which Caligula was responsible for. But Miriam is torn between her personal vandeda against Caligula and her own personal feelings towards him despite his madness and debauched lifestyle of orgies and bloody torture murders.
Movie Star Rating : 5.5  Read More