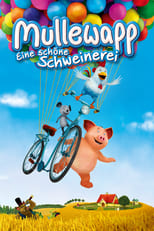 One day before Waldemars big birthday party, the excitement rising in Mullewapp. Waldemar may withhold the chocolate-creamy strawberry pie that is to give it to celebrate, to eat up already, but then appeared unexpected walk on the quiet farm on barely. The rude boar bristle Horst and his gang have his eye on the birthday treats and take Mollywoop residents hogging. The three friends Waldemar, Franz von Hahn and Johnny Mauser guessed immediately: Heres wrong! But they are tricked by windy boar chief Horst and with a trick he sends them thereby unintentionally on a particularly adventurous bike tour. How can they now liberate their beloved home only by the invaders? 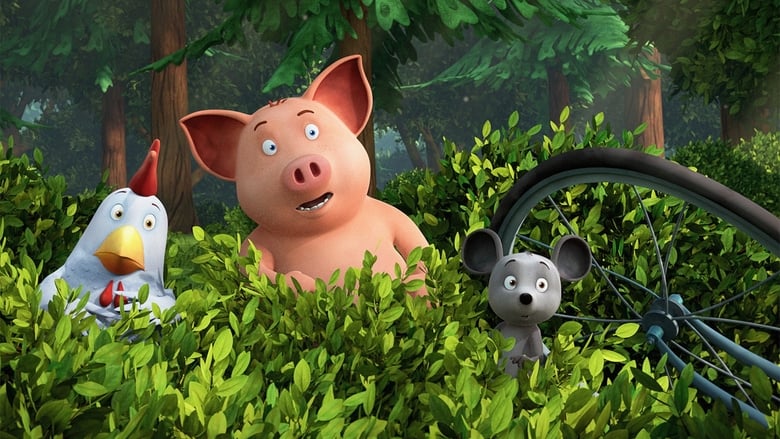 Babe is a little pig who doesn't quite know his place in the world. With a bunch of odd friends, like Ferdinand the duck who thinks he is a rooster and Fly the dog he calls mum, Babe realises that he has the makings to become the greatest sheep pig of all time, and Farmer Hogget knows it. With the help of the sheep dogs, Babe learns that a pig can be anything that he wants to be.
Movie Star Rating : 6.1  Read More

Babe: Pig in the City

Babe, fresh from his victory in the sheepherding contest, returns to Farmer Hoggett's farm, but after Farmer Hoggett is injured and unable to work, Babe has to go to the big city to save the farm.
Movie Star Rating : 5.4  Read More

Wilbur the pig is scared of the end of the season, because he knows that come that time, he will end up on the dinner table. He hatches a plan with Charlotte, a spider that lives in his pen, to ensure that this will never happen.
Movie Star Rating : 6.1  Read More

A successful farmyard revolution by the resident animals vs. the farmer goes horribly wrong when corrupt pigs hijack it for their personal gain.
Movie Star Rating : 6.8  Read More

Sunrise: A Song of Two Humans

A married farmer falls under the spell of a slatternly woman from the city, who tries to convince him to drown his wife.
Movie Star Rating : 7.9  Read More

Color Out of Space

The Gardner family moves to a remote farmstead in rural New England to escape the hustle of the 21st century. They are busy adapting to their new life when a meteorite crashes into their front yard, melts into the earth, and infects both the land and the properties of space-time with a strange, otherworldly colour. To their horror, the family discovers this alien force is gradually mutating every life form that it touches—including them.
Movie Star Rating : 6.1  Read More

Hick handymen Val McKee and Earl Bassett can barely eke out a living in the Nevada hamlet of Perfection, so they decide to leave town - despite an admonition from a shapely seismology coed who's picking up odd readings on her equipment. Before long, Val and Earl discover what's responsible for those readings: 30-foot-long carnivorous worms with a proclivity for sucking their prey underground.
Movie Star Rating : 6.8  Read More

A family living on a farm finds mysterious crop circles in their fields which suggests something more frightening to come.
Movie Star Rating : 6.6  Read More

Two out-of-work actors - the anxious, luckless Marwood and his acerbic, alcoholic friend, Withnail - spend their days drifting between their squalid flat, the unemployment office and the pub. When they take a holiday "by mistake" at the country house of Withnail's flamboyantly gay uncle, Monty, they encounter the unpleasant side of the English countryside: tedium, terrifying locals and torrential rain.
Movie Star Rating : 7.5  Read More

In 1910, a Chicago steel worker accidentally kills his supervisor and flees to the Texas panhandle with his girlfriend and little sister to work harvesting wheat in the fields of a stoic farmer. A love triangle, a swarm of locusts, a hellish fire—Malick captures it all with dreamlike authenticity, creating at once a timeless American idyll and a gritty evocation of turn-of-the-century labor.
Movie Star Rating : 7.6  Read More

Having been hopelessly repressed and facing eventual certain death at the British chicken farm where they are held, Ginger the chicken along with the help of Rocky the American rooster decide to rebel and lead their fellow chickens in a great escape from the murderous farmers Mr. and Mrs. Tweedy and their farm of doom.
Movie Star Rating : 6.7  Read More