In love, there are no boundaries.

Beginning in the 1930s, "The English Patient" tells the story of Count Almásy who is a Hungarian map maker employed by the Royal Geographical Society to chart the vast expanses of the Sahara Desert along with several other prominent explorers. As World War II unfolds, Almásy enters into a world of love, betrayal, and politics that is later revealed in a series of flashbacks while Almásy is on his death bed after being horribly burned in a plane crash. 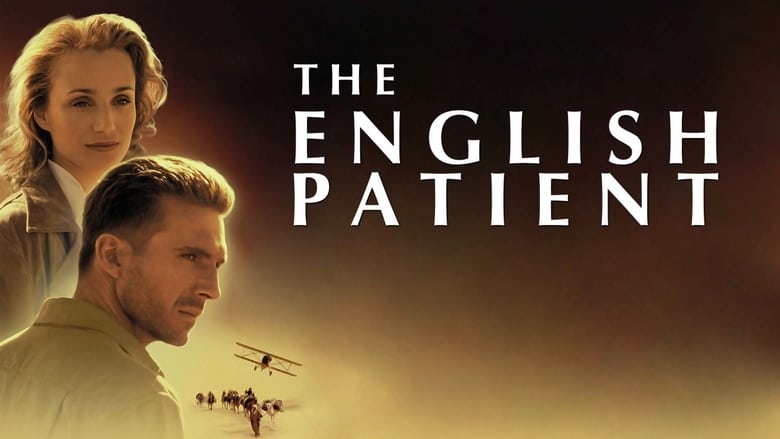 Similar Movies to The English Patient

Spike Jonze’s debut feature film is a love story mix of comedy and fantasy. The story is about an unsuccessful puppeteer named Craig, who one day at work finds a portal into the head of actor John Malkovich. The portal soon becomes a passion for anybody who enters it’s mad and controlling world of overtaking another human body.
Movie Star Rating : 7.3  Read More

For Lieutenant Pete 'Maverick' Mitchell and his friend and Co-Pilot Nick 'Goose' Bradshaw being accepted into an elite training school for fighter pilots is a dream come true. A tragedy, as well as personal demons, threaten Pete's dreams of becoming an Ace pilot.
Movie Star Rating : 6.7  Read More

The lifelong friendship between Rafe McCawley and Danny Walker is put to the ultimate test when the two ace fighter pilots become entangled in a love triangle with beautiful Naval nurse Evelyn Johnson. But the rivalry between the friends-turned-foes is immediately put on hold when they find themselves at the center of Japan's devastating attack on Pearl Harbor on Dec. 7, 1941.
Movie Star Rating : 6.6  Read More

A chronicle of the life of Louis Zamperini, an Olympic runner who was taken prisoner by Japanese forces during World War II.
Movie Star Rating : 7.3  Read More

After a car wreck on the winding Mulholland Drive renders a woman amnesic, she and a perky Hollywood-hopeful search for clues and answers across Los Angeles in a twisting venture beyond dreams and reality.
Movie Star Rating : 7.7  Read More

Austrian mountaineer, Heinrich Harrer journeys to the Himalayas without his family to head an expedition in 1939. But when World War II breaks out, the arrogant Harrer falls into Allied forces' hands as a prisoner of war. He escapes with a fellow detainee and makes his way to Llaso, Tibet, where he meets the 14-year-old Dalai Lama, whose friendship ultimately transforms his outlook on life.
Movie Star Rating : 7  Read More

After a tragic accident, six friends reunite for a caving expedition. Their adventure soon goes horribly wrong when a collapse traps them deep underground and they find themselves pursued by bloodthirsty creatures. As their friendships deteriorate, they find themselves in a desperate struggle to survive the creatures and each other.
Movie Star Rating : 6.9  Read More

The story of the battle of Iwo Jima between the United States and Imperial Japan during World War II, as told from the perspective of the Japanese who fought it.
Movie Star Rating : 7.3  Read More