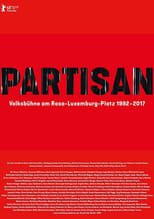 The end of the GDR gave rise to new artistic freedoms in reunited Berlin. Shortly after the fall of the Wall, rebel director Frank Castorf was appointed artistic director of the Volksbühne. His way of working altered the public’s perception of this theater. The chronological history of the Castorf era between 1992 and 2017 is told here in excerpts from the productions and in a series of conversations conducted on the long sofa in the theaters foyer.

The Lives of Others

A tragic love story set in East Berlin with the backdrop of an undercover Stasi controlled culture. Stasi captain Wieler is ordered to follow author Dreyman and plunges deeper and deeper into his life until he reaches the threshold of doubting the system.
Movie Star Rating : 8  Read More

The true story of top student and athlete, Christopher McCandless, who after graduating from Emory University in 1992, abandoned his possessions, gave his entire $24,000 savings account to charity and hitchhiked to Alaska to live in the wilderness.
Movie Star Rating : 7.8  Read More

A twice-divorced mother of three who sees an injustice, takes on the bad guy and wins - with a little help from her push-up bra. Erin goes to work for an attorney and comes across medical records describing illnesses clustered in one nearby town. She starts investigating and soon exposes a monumental cover-up.
Movie Star Rating : 7.1  Read More

A fading actor best known for his portrayal of a popular superhero attempts to mount a comeback by appearing in a Broadway play. As opening night approaches, his attempts to become more altruistic, rebuild his career, and reconnect with friends and family prove more difficult than expected.
Movie Star Rating : 7.4  Read More

Loosely based on the true-life tale of Ron Woodroof, a drug-taking, women-loving, homophobic man who in 1986 was diagnosed with HIV/AIDS and given thirty days to live.
Movie Star Rating : 7.9  Read More

Competitive ice skater Tonya Harding rises amongst the ranks at the U.S. Figure Skating Championships, but her future in the sport is thrown into doubt when her ex-husband intervenes.
Movie Star Rating : 7.5  Read More

An aspiring actor in Hollywood meets an enigmatic stranger by the name of Tommy Wiseau, the meeting leads the actor down a path nobody could have predicted; creating the worst movie ever made.
Movie Star Rating : 7.2  Read More

Molly Bloom, a young skier and former Olympic hopeful becomes a successful entrepreneur (and a target of an FBI investigation) when she establishes a high-stakes, international poker game.
Movie Star Rating : 7  Read More