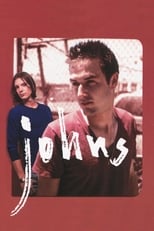 Its the day before Christmas, the day before Johns 21st birthday. Hes a prostitute on Santa Monica Blvd in L.A., and he wants to spend that night and the next day at the posh Park Plaza Hotel. Hes ripped off a local drug dealer to pay the bill, but as hes sleeping that morning, someone steals his shoes right off his feet, with the money in them. Meanwhile, Donner, a lad new to the streets, wants John to leave the city with him for Camelot, a theme park in Branson, MO, where theyll work as lifeguards. John spends the day trying to hustle the money for the hotel, avoid Jimmy the Warlock, keep his girl friend placated, and figure out how to deal with Donners friendship.

Events over the course of one traumatic night in Paris unfold in reverse-chronological order as the beautiful Alex is brutally raped and beaten by a stranger in the underpass. Her boyfriend and ex-lover take matters into their own hands by hiring two criminals to help them find the rapist so that they can exact revenge. A simultaneously beautiful and terrible examination of the destructive nature of cause and effect, and how time destroys everything.
Movie Star Rating : 7  Read More

Zed (Eric Stoltz) is an American vault-cracker who travels to Paris to meet up with his old friend Eric (Jean-Hugues Anglade). Eric and his gang have planned to raid the only bank in the city which is open on Bastille day. After offering his services, Zed soon finds himself trapped in a situation beyond his control when heroin abuse, poor planning and a call-girl named Zoe all conspire to turn the robbery into a very bloody siege.
Movie Star Rating : 6.2  Read More

The Boys Next Door

Roy and Bo leave their small town the weekend after graduation for a short road trip to LA. Soon, they find themselves lashing out and leaving a trial of bodies behind them. The violence escalates throughout.
Movie Star Rating : 6.2  Read More

Renton, deeply immersed in the Edinburgh drug scene, tries to clean up and get out, despite the allure of the drugs and influence of friends.
Movie Star Rating : 7.9  Read More

Freeway II: Confessions of a Trickbaby

After escaping from jail, two teens flee to Tijuana and stay with one's childhood protector, a man masquerading as a nun.
Movie Star Rating : 5.8  Read More