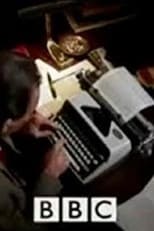 Endeavors to reveal who the reclusive writer John Wyndham Parkes Lucas Beynon Harris was, through interviews with colleagues, flatmates, family friends and scientists. His life, as can best be constructed, is revealed and his body of work, once settling on the name John Wyndham, is analyzed and discussed. An actor portrays him by quoting things he wrote that have survived, and the only piece of footage ever recorded of him is examined. The emphasis is on what his personality may have been, the scientific ramifications of his themes, and the influence of his writings and the film adaptations of those, on later generations.