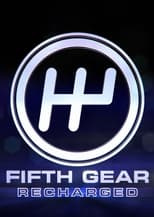 Fifth Gear is going all Electric as Fifth Gear: Recharged. The new series includes all the Fifth Gear favourites, but on electric cars, such as team tests and shootouts. It will also look at fitting home chargers, buying a second-hand EV and understanding the future of the UK’s EV charging network. Fifth Gear hosts Jason Plato and Vicki Butler-Henderson will be joined by Rory Reid, ex-Top Gear presenter, and former Formula 1 and Formula E driver Karun Chandhok. They will be assisted by EV consumer journalist Grace Webb and engineering ace Jimmy de Ville.

These are the true stories of the innocent and the unimaginable. Based on true events, A Haunting dramatises some of the scariest stories, revealing a world in which tragedy, suicide and murder have left psychic impressions so powerful that innocent people become forced to deal with them decades later. Through mesmerising first-person accounts, the mystery and origin of each haunting is powerfully revealed and leaves a lingering sense that life - and death - are much stronger then anyone could have possibly imagined.
TV Show Star Rating : 7.093  Read More

This fast-paced and stunt-filled motor show tests whether cars, both mundane and extraordinary, live up to their manufacturers' claims. The long-running show travels to locations around the world, performing extreme stunts and challenges to see what the featured cars are capable of doing. The current hosts are Paddy Mcguinness, Chris Harris and Andrew "Freddie" Flintoff.
TV Show Star Rating : 7.35  Read More

This daring original series stars postmodern bad boys of magic Penn & Teller as they question many of our culture's most cherished and widely held beliefs. From the truth about palm readings and TV psychics to the reality behind Feng Shui and Ouija boards, the archly comic masters of misdirection host this eye-opening analysis of the middle-ground between perception and reality.
TV Show Star Rating : 7.909  Read More