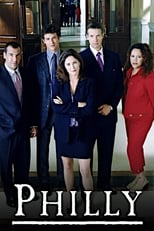 Philly is an American television series created by Steven Bochco that focused on criminal defense attorney Kathleen Maguire. It lasted a full season and was canceled due to low ratings. The final episode was advertised heavily as the series finale, a move not commonly used in network promotion, for a series lasting only one season. The complete series is not on DVD, but is viewable on Netflix in HD and 5.1 Surround Sound. The series briefly aired in syndication on Universal HD in 2008. 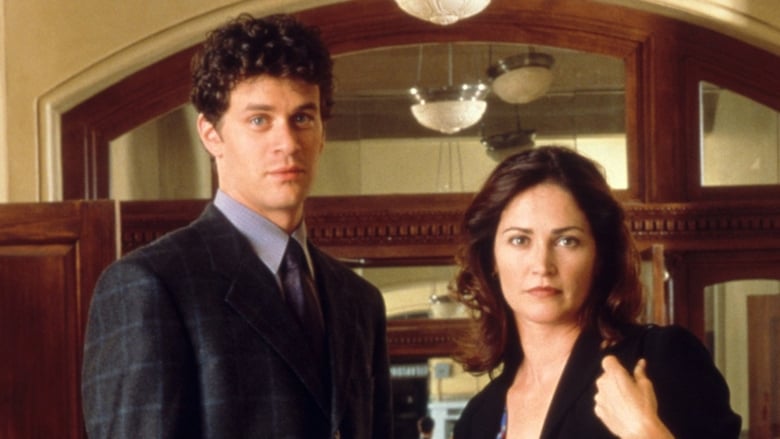 Theodore 'Teddy' Hoffman is a highly-regarded defense attorney in a prestigious Los Angeles law firm. Having successfully defended the wealthy but suspicious Richard Cross in a much-publicised murder trial, he is now involved in the defense of Neil Avedon, a famous young actor who has been suffering from severe drug and alcohol problems - and has been charged with the murder for which Cross was acquitted.
TV Show Star Rating : 8.3  Read More

A sexy, suspense-driven legal thriller about a group of ambitious law students and their brilliant, mysterious criminal defense professor. They become entangled in a murder plot and will shake the entire university and change the course of their lives.
TV Show Star Rating : 7.9  Read More

Damages is an American legal thriller television series created by the writing and production trio of Daniel Zelman and brothers Glenn and Todd A. Kessler. The plot revolves around the brilliant, ruthless lawyer Patty Hewes and her protégée, recent law school graduate Ellen Parsons. Each season features a major case that Hewes and her firm take on, while also examining a chapter of the complicated relationship between Ellen and Patty. The first two seasons center around the law firm Hewes & Associates. Later seasons center more on Patty and Ellen's relationship as Ellen begins to distance herself from Hewes & Associates and begins an independent career.
TV Show Star Rating : 7.5  Read More

A look at the personal and professional lives of the judges, lawyers, clerks, bailiffs and cops who work at an L.A. County courthouse.
TV Show Star Rating : 7.8  Read More

The cases of master criminal defense attorney Perry Mason and his staff who handled the most difficult of cases in the aid of the innocent.
TV Show Star Rating : 8  Read More

Picking up one year after the events of the final broadcast episode of "The Good Wife", an enormous financial scam has destroyed the reputation of a young lawyer, Maia Rindell, while simultaneously wiping out her mentor and godmother Diane Lockhart's savings. Forced out of her law firm, now called "Lockhart, Deckler, Gussman, Lee, Lyman, Gilbert, Lurie, Kagan, Tannebaum & Associates", they join Lucca Quinn at one of Chicago's preeminent law firms.
TV Show Star Rating : 7.4  Read More

Harmon "Harm" Rabb Jr. is a former pilot turned lawyer working for the military's JAG (Judge Advocate General) division, the elite legal wing of officers that prosecutes and defends those accused of military-related crimes. He works closely with Lt. Col. Sarah Mackenzie, and together they do what needs to be done to find the truth.
TV Show Star Rating : 7.1  Read More