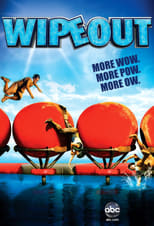 Wipeout is a reality game show series in which contestants compete in what is billed as the "worlds largest obstacle course". Wipeout is hosted and commentated by John Henson and John Anderson, while Jill Wagner acts as the "on-location" presenter. The interim presenter for one season was Vanessa Lachey. The creators and executive producers are Matt Kunitz and Scott Larsen. Distribution of the show is handled by Endemol USA. The show is taped at Sable Ranch in Canyon Country, Santa Clarita, California, about 40 miles north of Los Angeles. The show holds a "TV-PG L" rating for mild language by participants and some crude humor. Syndicated reruns of Wipeout are airing on truTV, and TBS. Season Six started on ABC on May 9, 2013. 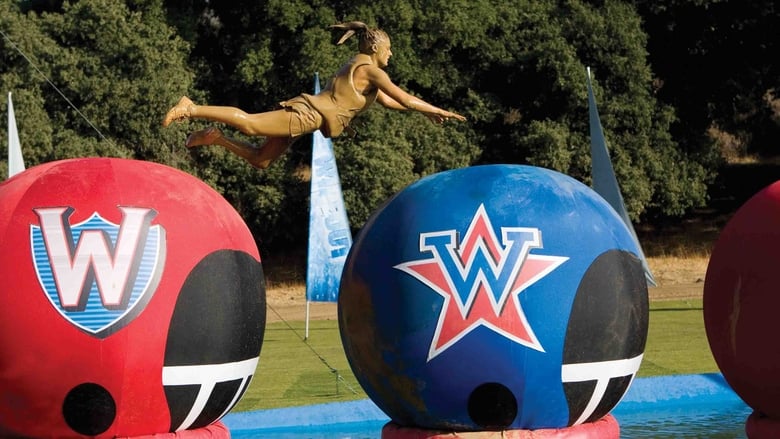 Cybill is an American television sitcom created by Chuck Lorre, which aired on CBS from January 2, 1995, to July 13, 1998. Starring, Cybill Shepherd, the show revolves around the life of Cybill Sheridan, a twice-divorced single mother of two and struggling actress in her 40s, who has never gotten her big show business break.
TV Show Star Rating : 6  Read More

Four egocentric friends run a neighborhood Irish pub in Philadelphia and try to find their way through the adult world of work and relationships. Unfortunately, their warped views and precarious judgments often lead them to trouble, creating a myriad of uncomfortable situations that usually only get worse before they get better.
TV Show Star Rating : 8.311  Read More

Hang Time is an American teen sitcom about a fictional Indiana high school's boys' basketball team "Deering" with one female player, that aired from 1995–2000. It aired on Saturday mornings on NBC as part of the network's TNBC morning block. It was created by Troy Searer, Robert Tarlow, and Mark Fink. The show lasted six seasons, during which the cast was changed almost in its entirety. Only two cast members stayed with the show throughout its entire run, similar to Saved by the Bell: The New Class.
TV Show Star Rating : 7.25  Read More

Cuban Bandleader Ricky Ricardo would be happy if his wife Lucy would just be a housewife. Instead she tries constantly to perform at the Tropicana where he works, and make life comically frantic in the apartment building they share with landlords Fred and Ethel Mertz, who also happen to be their best friends.
TV Show Star Rating : 8.134  Read More

The trials and tribulations of a two man, digi-folk band who have moved from New Zealand to New York in the hope of forging a successful music career. So far they've managed to find a manager (whose "other" job is at the New Zealand Consulate), one fan (a married obsessive) and one friend (who owns the local pawn shop) - but not much else.
TV Show Star Rating : 7.842  Read More

Rules of Engagement is a comedy about the different phases of male/female relationships, as seen through the eyes of a newly engaged couple, Adam and Jennifer, a long-time married pair, Jeff and Audrey, and a single guy on the prowl, Russell. As they find out, the often confusing stages of a relationship can seem like being on a roller coaster. People can describe the ride to you, but to really know what it's like you have to experience it for yourself.
TV Show Star Rating : 7.257  Read More

The Vicar of Dibley

Reverend Granger is assigned as the Vicar of the rural parish of Dibley, but she is not quite what the villagers expected.
TV Show Star Rating : 7.442  Read More

Space Ghost: Coast to Coast is an American animated parody talk show, hosted by the 1960s Hanna-Barbera cartoon character Space Ghost. The show premiered on April 15, 1994, on Cartoon Network. Though the original 1960s series aired as a standard Hanna-Barbera Saturday morning superhero cartoon, Space Ghost Coast to Coast was a total reboot of the series intended for adults, now reinterpreted as an absurdist parody talk show and produced using the original artwork. The series' focus on surrealism, non-sequiturs and random, unpredictable parody humor proved the perfect vehicle to launch the network's late night television block, Adult Swim, serving as the flagship show from 2001–2004. Space Ghost Coast to Coast was recommended to be the first fully produced series to air on Cartoon Network. SGC2C was also the first and only Cartoon Network original series to later air on Adult Swim and Gametap. The show was rated TV-Y7, TV-PG, and TV-14, making it the first and only Cartoon Network original show to receive these three TV ratings.
TV Show Star Rating : 8.204  Read More

The misadventures of hapless cafe owner René Artois and his escapades with the Resistance in occupied France.
TV Show Star Rating : 7.867  Read More