Jackass is an American reality series, originally shown on MTV from 2000 to 2002, featuring people performing various dangerous, crude self-injuring stunts and pranks. The show served as a launchpad for the television and acting careers of Bam Margera, Steve-O, and also Johnny Knoxville, who previously had only a few minor acting roles. Since 2002, three Jackass films have been produced and released by MTV corporate sibling Paramount Pictures, continuing the franchise after its run on television. The show sparked several spin-offs including Viva La Bam, Wildboyz, Homewrecker, Dr. Steve-O and Blastazoid. The show placed #68 on Entertainment Weeklys "New TV Classics" list. 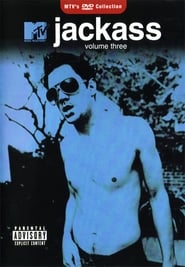 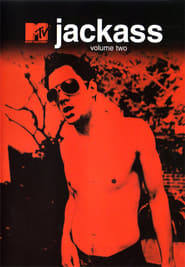 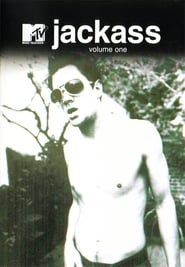 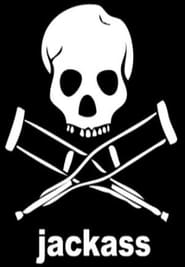 Viva La Bam was an American reality television series that stars Bam Margera and his friends and family. The show was a spin-off from MTV's Jackass, in which Margera and most of the main cast had appeared. Each episode had a specific theme, mission, or challenge which was normally accomplished by performing pranks, skateboarding, and enlisting the help of friends, relations and experts. Although partly improvised, the show was supported by a greater degree of planning and organization.
TV Show Star Rating : 6.1  Read More

Bam's World Domination is a half-hour television show on Spike TV starring Bam Margera and Ryan Dunn. The special is a follow-up to the shows Viva La Bam, and Bam's Unholy Union. It premiered on October 13, 2010. According to the show's producer, Joe DeVito's Twitter account, it was a one time special and no new episodes will be aired as of now. This first show premiered Wednesday, October 13 at 11:30 PM, ET/PT and showcased Margera, Dunn and skateboarder Tim O’Connor doing the “The Tough Guy Challenge” in the Perton, Staffordshire, near Wolverhampton, England.
TV Show Star Rating : 0  Read More

Fear Factor is an American sports stunt/dare reality game show. It originally aired between 2001 and 2006, when it was canceled. It was later revived in 2011, only to be cancelled again on May 13, 2012. After its second cancellation, a two-part special aired in July 2012. The original Dutch version was called Now or Neverland. When Endemol USA and NBC adapted it to the American market in 2001, they changed the name to Fear Factor. The show pits contestants against each other in a variety of stunts for a grand prize, usually of US $50,000. From Seasons One to Five, the contestants were generally three men and three women, all competing for themselves, but in Season Six, the show moved to a permanent format of four teams of two people, each with a pre-existing relationship with one another. The show was hosted by comedian and UFC commentator Joe Rogan, executive produced by Matt Kunitz and David A. Hurwitz and directed by J. Rupert Thompson.
TV Show Star Rating : 4.3  Read More

King of the Road

King of the Road is an institution in skateboarding. Started by Thrasher magazine in 2003, it's a demented, roving adventure that follows various skate teams across the country as they compete to accomplish a set list of tasks, some of which carry great risk of bodily harm, and others that don't involve skateboarding at all (but still might carry great risk of bodily harm).
TV Show Star Rating : 0  Read More

50 Ways To Kill Your Mammy

Irish daredevil presenter Baz Ashmawy and his 71-year-old mother Nancy embark on the trip of a lifetime and attempt to complete every item on an extreme bucket list he has created for her.
TV Show Star Rating : 0  Read More

The Dudesons is a reality series following four Finnish friends as they dare each other to perform stupid stunts and crazy antics.
TV Show Star Rating : 7.7  Read More

Jesse James Is a Dead Man

Jesse James is a Dead Man is an American TV series features motorcycle customizer Jesse James doing ostensibly death-defying stunts. The title is a play on the name of the outlaw Jesse James. The show premiered on Spike on May 31, 2009. "Quest for 200 MPH", the last episode to be aired as of August 2010, ran in September 2009.
TV Show Star Rating : 8  Read More