Miracles is an American drama television program starring Skeet Ulrich and Angus Macfadyen. Created by Richard Hatem and Michael Petroni, the series has sometimes been dubbed a "spiritual version of The X-Files" by its creators. Following the pilot, David Greenwalt, co-creator of Angel served as the shows executive producer and head writer for the remaining twelve episodes. Miracles follows Paul Callan, an investigator of modern miracles for the Catholic Church who questions his faith after repeatedly finding mundane explanations for various supposed phenomena. After he witnesses a true, supernatural miracle that saves his life, only for his findings to be dismissed on a lack of evidence, Paul leaves behind the Church and is approached by Alva Keel to join his organization Sodalitas Quaerito, investigating and cataloguing "unexplainable" phenomena. Along with former police officer Evelyn Santos, Paul and Alva attempt to battle the impending "darkness" before its too late. The series premiered as part of ABCs new "Super Monday" line-up on January 27, 2003. Six episodes were broadcast on ABC before the series was canceled because of low ratings, with its final broadcast episode drawing just 5.7 million viewers on March 31, 2003. The series was preempted a number of times during its run, once for a rebroadcast of the documentary special Living with Michael Jackson and various other times to air newsmagazine specials about the then-developing Iraq War. Miracles fans, angered by the cancellation and what they saw as ABCs mismanagement of the shows Monday 10:00pm timeslot, began a fan campaign to revive the show. Fans wrote messages on napkins and mailed them to various networks hoping the show would be revived by another network, however efforts were unsuccessful and the show did not continue past its initial order of thirteen episodes. 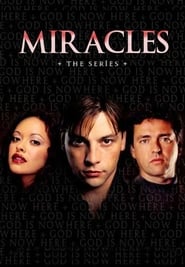 Highway to Heaven is an American television drama series which ran on NBC from 1984 to 1989. The series aired for five seasons, running a total of 111 episodes. It was shot entirely in California.
TV Show Star Rating : 6.1  Read More

When they were boys, Sam and Dean Winchester lost their mother to a mysterious and demonic supernatural force. Subsequently, their father raised them to be soldiers. He taught them about the paranormal evil that lives in the dark corners and on the back roads of America ... and he taught them how to kill it. Now, the Winchester brothers crisscross the country in their '67 Chevy Impala, battling every kind of supernatural threat they encounter along the way.
TV Show Star Rating : 7.2  Read More

Touched by an Angel is an American drama series that premiered on CBS on September 21, 1994 and ran for 211 episodes and nine seasons until its conclusion on April 27, 2003. Created by John Masius and produced by Martha Williamson, the series stars Roma Downey, as an angel named Monica, and Della Reese, as her supervisor Tess. Throughout the series, Monica is tasked with bringing guidance and messages from God to various people who are at a crossroads in their lives. From season three on, they are frequently joined by Andrew, the angel of death.
TV Show Star Rating : 5.3  Read More

Set in 15th century Italy at the height of the Renaissance, The Borgias chronicles the corrupt rise of patriarch Rodrigo Borgia to the papacy, where he proceeds to commit every sin in the book to amass and retain power, influence and enormous wealth for himself and his family.
TV Show Star Rating : 7.4  Read More

21 year-old slacker Sam Oliver learns that his parents sold his soul to the devil before he was born, and now Sam has to repay the debt by becoming the Devil's bounty hunter, retrieving souls that have somehow escaped from Hell.
TV Show Star Rating : 7  Read More