Between the Lines was a television police drama series created by J. C. Wilsher and produced by World Productions for the BBC. It was first shown on BBC1 between 1992 and 1994, running for three series. The show centred on the eventful life of Detective Superintendent Tony Clark, played by Neil Pearson. Clark was an ambitious member of the Complaints Investigation Bureau, an internal organisation that investigates claims of corruption inside the police in England and Wales. Along the way Clark had to overcome strong influence from his superiors and problems in his private life, most notably the break-up of his marriage following an affair with WPC Jenny Dean. Throughout the series Clark was assisted by sidekicks Harry Naylor and Mo Connell. Clarks work as a lead officer in CIB was the focus of the first two series. In the first series his boss was Deakin, a tough Irish policeman. At the end of the first series Deakin was revealed to be a corrupt officer himself. He left the force but remained a recurring character working freelance for the security services and others, sometimes in conflict with Clark and sometimes assisting him. At the start of the third series Clark, Naylor and Connell leave the police force and work in the murky world of private security, far right politics and espionage. The third series ends with the betrayal of Clark and Naylor who had been masquerading as mercenaries. The betrayal is made by Connell in league with Deakin, their former boss and nemesis. It is unclear whether Clark and Naylor have died as the show ended on a cliffhanger. Rumours of a remake did circulate for some years, but Pearson confirmed in Watching the Detectives that he had wanted a final ending at the time and would never return to the role. 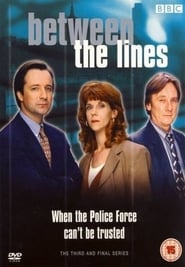 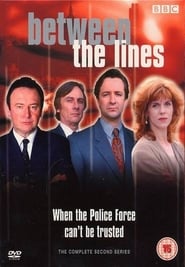 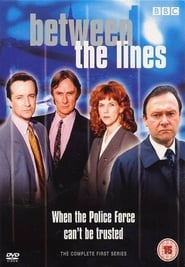 Similar TV Shows to Between the Lines

Marcella is shocked to the core of her being when her husband Jason leaves her unexpectedly, confessing he no longer loves her. Heartbroken, Marcella returns to the Met’s Murder Squad. Ten years ago Marcella gave up her fast-tracked police career to marry and devote her life to her family. With the abrupt end to her marriage and isolated from her 13 year old daughter and 10 year old son, Marcella throws herself into work to stop herself from falling apart.
TV Show Star Rating : 7  Read More

The Ghost Squad was a 2005 British crime drama series produced by Company Pictures, for Channel 4. The show was created by Tom Grieves. Inspired by the real life "Ghost Squad" that existed between 1994 and 1998, secretly investigating police corruption, the premise of the series is that the squad continued to operate in secret after officially being shut down. It starred Elaine Cassidy as a police constable recruited into the squad and Jonas Armstrong as her handler. The show was cancelled after a single seven episode series.
TV Show Star Rating : 8  Read More

Just an ordinary boy from the Sofia suburbs becomes the first bulgarian undercover cop. Forced by his father when he was young to lie and cheat, Martin becomes the perfect liar. That skill, and also the hatred of the 'underworld' makes him the perfect match for a dangerous mission - to infiltrate the crime organisation of a rich and powerful businessman. While infiltrating and living in fear of being uncovered, Martin falls in love with the most inappropriate woman - Djaro's girlfriend, Suni. Just when he gains the trust of the mobsters, it appears that the real enemy is in the police. Martin is alone against all, facing difficult decisions.
TV Show Star Rating : 5.9  Read More

Family Affairs is a British soap opera that was aired on Channel 5. First broadcast on 30 March 1997, there were five, thirty-minute episodes shown per week. It did not gain high ratings. Subsequently producers rejuvenated the cast, the style and changed the fictional location. On 2 August 2005, Channel 5 announced they would not renew Family Affairs. Production ceased on 4 November, and the final episode was broadcast on 30 December 2005. The series was shot on video to give a film look. In 1999 and 2004, single episodes switches to standard video presentation were carried out. Producer Sean O'Connor implemented the format from September 2005 until the final episode.
TV Show Star Rating : 0  Read More

FBI agent Audrey Parker arrives in the small town of Haven, Maine to solve a murder and soon discovers the town's many secrets—which also hold the key to unlocking the mysteries of her lost past.
TV Show Star Rating : 7  Read More

NYPD Blue is an American television police drama set in New York City, exploring the internal and external struggles of the fictional 15th precinct of Manhattan. Each episode typically intertwined several plots involving an ensemble cast. The show was created by Steven Bochco and David Milch and was inspired by Milch's relationship with Bill Clark, a former member of the New York City Police Department who eventually became one of the show's producers. The series was broadcast on the ABC network from its debut on September 21, 1993‚ and aired its final episode on March 1, 2005. It remains ABC's longest-running primetime one-hour drama series. In 1997, "True Confessions", written by Art Monterastelli and directed by Charles Haid was ranked #36 on TV Guide's 100 Greatest Episodes of All Time. In 2009, TV Guide ranked Hearts and Souls, Jimmy Smits' final episode written by Steven Bochco, David Milch, Bill Clark, and Nicholas Wootton and directed by Paris Barclay, #30 on TV Guide's 100 Greatest Episodes of All Time.
TV Show Star Rating : 6.5  Read More