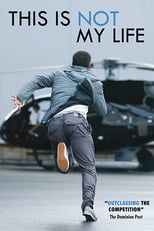 This Is Not My Life

This Is Not My Life is a 2010 New Zealand television mystery thriller which originally aired on Television New Zealands TV ONE channel on Thursday nights. Set in the 2020s, the show centres on Alec Ross who awakes one morning to find that he doesnt know who or where he is and doesnt recognise his wife or children. The story is set in the fictional town of Waimoana. The series is written by Rachel Lang and Gavin Strawhan and directed by Robert Sarkies and Peter Salmon. Thirteen episodes have been produced. Though the show only lasted one season, it has been announced American network ABC has purchased the series to adapt for an American audience.

Similar TV Shows to This Is Not My Life