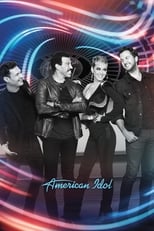 American Idol is an American reality-singing competition program created by Simon Fuller. It began airing on Fox on June 11, 2002, as an addition to the Idols format based on the British series Pop Idol and has since become one of the most successful shows in the history of American television. The concept of the series is to find new solo recording artists where the winner is determined by the viewers in America. 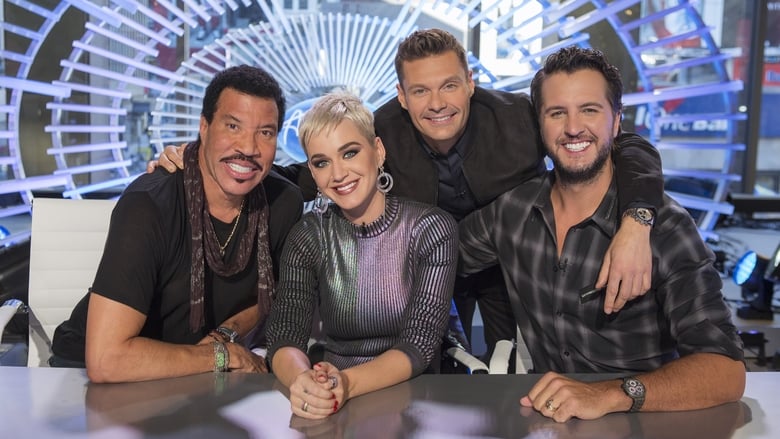 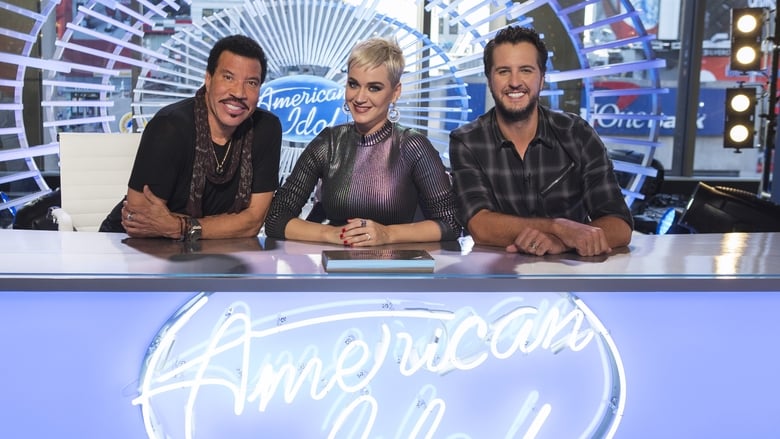 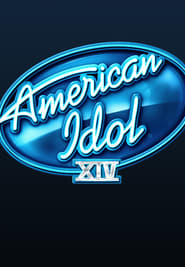 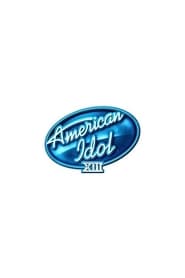 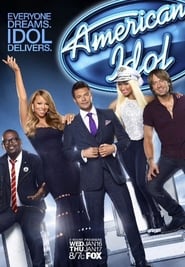 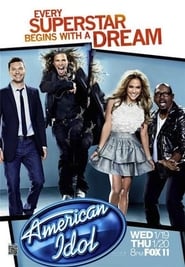 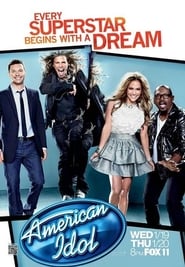 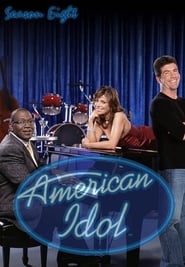 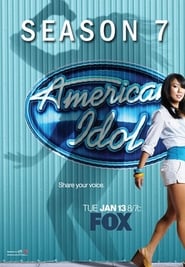 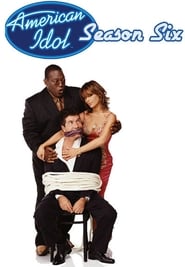 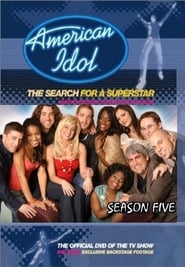 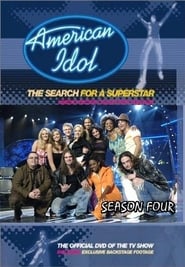 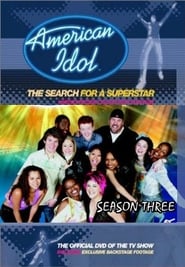 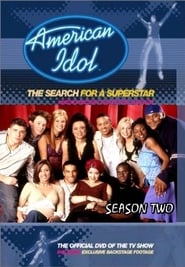 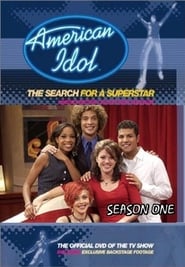 A vocal contest reality series featuring people with real talent and great voices. Only the very best singers make it through the the blind auditions, the decisions from the four celebrity coaches are based solely on the voices they hear - and nothing else.
TV Show Star Rating : 3  Read More

The Voice is an Australian reality talent show based on the original Dutch version of the program created by John de Mol and is part of a wider international franchise. The first series premiered on the Nine Network on 15 April 2012 featuring Delta Goodrem, Joel Madden, Seal and Keith Urban as the coaches. Karise Eden was the show's first season's winner, defeating Darren Percival, Rachael Leahcar and Sarah De Bono in the live-to-air finale broadcast on 18 June 2012. Urban was replaced by Ricky Martin for the show's second series after joining the American Idol judging panel. The series is hosted by Darren McMullen with Faustina Agolley as the social media correspondent.
TV Show Star Rating : 9.5  Read More

Each episode features two A-list celebrities like you've never seen them before - syncing their hearts out in hysterically epic performances. Hosted by LL Cool J with colorful commentary by social media maven and supermodel co-host, Chrissy Teigen. The mic is off, the battle is on!
TV Show Star Rating : 4.1  Read More

The Voice of Germany

The Voice of Germany is a German reality talent show that premiered on 24 November 2011 on ProSieben and Sat.1. Based on the reality singing competition The Voice of Holland, the series was created by Dutch television producer John de Mol. It is part of an international series.
TV Show Star Rating : 0  Read More

The Sing-Off is an American television singing competition featuring a cappella groups. It debuted on NBC on December 14, 2009, and is produced by Sony Pictures Television and Outlaw Productions, with Mark Burnett's One Three Media being added for the fourth season. It is hosted by Nick Lachey, with judges Ben Folds, Shawn Stockman, and originally Nicole Scherzinger, later replaced by Sara Bareilles. Bareilles left the show after one season and was replaced by Jewel. The show's music staff all came from the a cappella community: Deke Sharon, Bill Hare, Ed Boyer, Ben Bram, Robert Dietz, Christopher Diaz and Nick Girard. A cappella groups from the United States, including Puerto Rico, were chosen by audition and advanced in the competition based on judges' eliminations until the finale, with the winners being determined by viewer votes. The program has featured guest appearances by various popular artists, including Bobby McFerrin, Natasha Bedingfield, Jay Sean, Smokey Robinson, Neil Diamond, Boyz II Men, and Sara Bareilles. The Sing-Off was renewed for a third season and started airing much earlier on September 19, 2011, although the first two series had been broadcast in December. Unlike previous seasons, the early start in September allowed for the production of more episodes and the number of participant groups increased.
TV Show Star Rating : 1.7  Read More

Deutschland sucht den Superstar is a German reality talent show, also commonly known by its initials DSDS. Part of the Idol franchise, it was created by English media mogul Simon Fuller as a spin-off from the British show Pop Idol, of which two series were broadcast between the years of 2001 and 2003. Debuting to mediocre ratings in October 2002 on the RTL network, the show has since become one of the most successful shows on German television. The program aims to discover the best singer in the country through a series of nationwide auditions in which viewer voting determines the winner. Voting is done through telephone and SMS text voting.
TV Show Star Rating : 1  Read More

Indian Idol is the Indian version of the Pop Idol format. It started airing in India with the first season in 2004–2005 and was followed by second (2005–2006), third (2007) and fourth (2008–2009) seasons. The fifth season of Indian aired on Sony TV in 2010. It was launched by the programming team at SET of Tarun Katial and Anupama Mandloi. The winner of the first season of Indian Idol was Abhijeet Sawant from Mumbai. The season was aired from October 2004 to March 2005 on Sony TV. The second season aired on Sony TV from 21 November 2005 to 22 April 2006. The winner was Sandeep Acharya. The show's third season aired on Sony TV from 4 May 2007 to 23 September 2007. The winner was Prashant Tamang, who hails from Kolkata in West Bengal and of Nepali origin. The runner-up, Amit Paul, was from Shillong, Meghalaya. The fourth season of Indian Idol was aired on Sony TV from 19 September 2008 to 1 March 2009. For the first time in Indian Idol history, there were two women among the top three finalists. Sourabhee Debbarma won the competition and became the first female contestant to do so. The Fifth season of Indian Idol started airing on Sony TV from 26 April 2010 and concluded on 15 August 2010, when Sreeram Chandra, participant from Hyderabad, India was named the Indian Idol 5. In addition to a recording contract with Sony BMG, the winner of Indian Idol 5 was awarded a one-year contract with Sony Entertainment Television worth 50,00,000, a Suzuki GS-150R motorbike, a Tata Winger Platinum car and a chance to be a playback singer in a forthcoming movie of Yash Raj Films, said a press release issued by Sony Entertainment Television. One of the Top 5 Contestants will also be given the opportunity to become an RJ in Radio Mirchi 98.3 FM. Indian Idol 6 – started from 1 June 2012 and ended on 1 September 2012. Apart from the last seasons' judges including Anu Malik, Sunidhi Chauhan and Salim Merchant, this season had new judge 'Asha Bhosle' after audition rounds. The winner is Vipul Mehta from Amritsar, Punjab. The show makes a come back on Indian Television after a gap of four years. Sonu Nigam is one of the judges this season. He makes a comeback to the show after a decade.[8] Other judges of the show are Anu Malik and Farah Khan.
TV Show Star Rating : 6.5  Read More

The Singing Bee is a karaoke game show that originally aired on NBC and now airs on CMT. Combining karaoke singing with a spelling bee-style competition, this show features contestants trying to remember the lyrics to popular songs. Originally slated to begin with a six episode series during the fall of 2007, it launched early in reaction to FOX's competing Don't Forget the Lyrics!.
TV Show Star Rating : 0  Read More