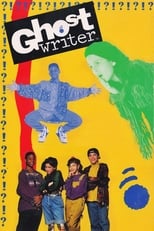 Ghostwriter is an American television program created by Liz Nealon and produced by the Childrens Television Workshop and BBC One. It began airing on PBS on October 4, 1992, and the final episode aired on February 13, 1995. The series revolves around a close knit circle of friends from Brooklyn who solve neighborhood crimes and mysteries as a team of young detectives with the help of an invisible ghost named Ghostwriter. Ghostwriter can communicate with the kids only by manipulating whatever text and letters he can find and using them to form words and sentences. The series was filmed on location in Fort Greene, Brooklyn. 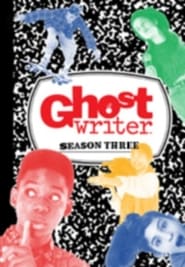 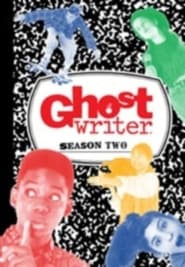 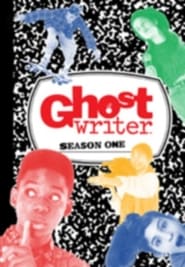 The body of Laura Palmer is washed up on a beach near the small Washington state town of Twin Peaks. FBI Special Agent Dale Cooper is called in to investigate her strange demise only to uncover a web of mystery that ultimately leads him deep into the heart of the surrounding woodland and his very own soul.
TV Show Star Rating : 8.221  Read More

Curious George is an animated television series based on the Curious George children's book series, which features Jeff Bennett as the voice of The Man with the Yellow Hat. Frank Welker, who voiced George in the 2006 feature film, returns here as the voice of Curious George. The show is currently broadcast on PBS Kids. The series illustrates and explains various concepts in math and science and each live-action segment shows schoolchildren engaging in experiments that teach the math or science concept featured in the previous cartoon.
TV Show Star Rating : 7.013  Read More

Looking down on her friends and family isn't a way of life for Mary Alice Young... it's a way of death. One day, in her perfect house, in the loveliest of suburbs, Mary Alice ended it all. Now she's taking us into the lives of her family, friends and neighbors, commenting from her elevated P.O.V.
TV Show Star Rating : 7.939  Read More

Teenage Mutant Ninja Turtles is an American animated television series, mainly set in New York City. It first aired on February 8, 2003 and ended on February 28, 2009. The series marked the revival of the franchise as a Saturday morning cartoon on Fox's Fox Box programming block The TMNT 2003 TV series was produced by 4Kids Entertainment, and Mirage Studios, which each owned half of the rights to the show, and animated by Dong Woo Animation. Reruns ran on Cartoon Network's Miguzi block in 2004. The series migrated to The CW4Kids in its final season after 4Kids's contract with Fox ended. Nickelodeon now owns the rights to this and any future Turtles series.
TV Show Star Rating : 7.479  Read More

Thomas & Friends is a British children's television series, which had its first broadcast on the ITV network on 4 September 1984. It is based on The Railway Series of books by the Reverend Wilbert Awdry and his son, Christopher Awdry. These books deal with the adventures of a group of anthropomorphised locomotives and road vehicles who live on the fictional Island of Sodor. The books were based on stories Wilbert told to entertain his son, Christopher during his recovery from measles. From Series one to four, many of the stories are based on events from Awdry's personal experience.
TV Show Star Rating : 6.657  Read More

Lilo & Stitch: The Series is the animated television spinoff of the feature film, Lilo & Stitch and the follow-up to Stitch! The Movie. It was aired on Disney Channel worldwide, but has only been released on DVD in Japan, in four box sets.
TV Show Star Rating : 7.271  Read More