James Mays Things You Need To Know is a British television series presented by Top Gear presenter James May. The first, three-part series was aired on BBC Two between 20 June and 4 July 2011. A second, six part series was aired on BBC Two starting 13 August 2012. The show answers key questions on aspects of everyday life, including what makes up the human body, what a cloud is and what makes the universe work so effectively. The first series has yet to be released on DVD. 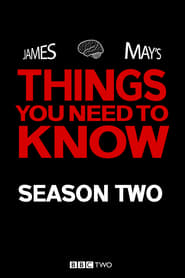 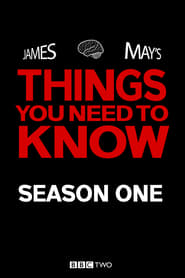