Yukon Gold is a Canadian reality television series produced by Paperny Entertainment that airs on History Television. The series follows four mining crews as they search for gold over the four month Yukon mining season. Miners Ken Foy, Al McGregor, Bernie Kreft and Karl Knutson each head one of the crews. The series has been acquired in the United States by National Geographic Channel and will air in 2013. 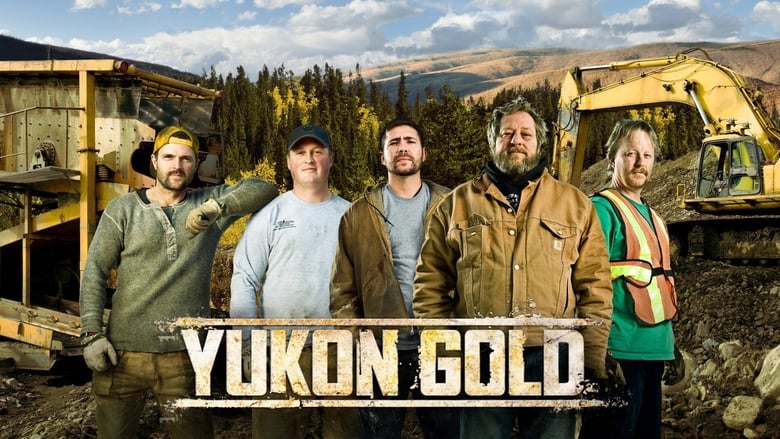 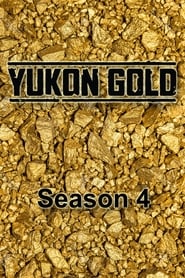 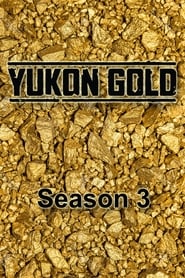 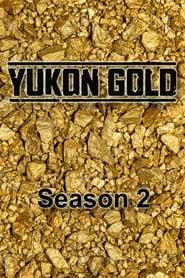 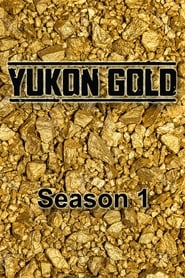 Follow the lives of ambitious miners as they head north in pursuit of gold. With new miners, new claims, new machines and new ways to pull gold out of the ground, the stakes are higher than ever. But will big risks lead to an even bigger pay out?
TV Show Star Rating : 6.2  Read More

Forty-foot waves, 700 pound crab pots, freezing temperatures and your mortality staring you in the face…it's all in a day's work for these modern day prospectors. During each episode we will watch crews race to meet their quota and make it home safely.
TV Show Star Rating : 6.5  Read More

In the frontier town of Nome, Alaska, there’s a gold rush on. But you've never seen gold mining like this before — here, the precious metal isn't found in the ground. It’s sitting in the most unlikely of places: the bottom of the frigid, unpredictable Bering Sea. And there are a handful of people willing to risk it all to bring it to the surface.
TV Show Star Rating : 5.5  Read More

Viewers go deep into an Alaskan winter to meet six tough and resilient residents as they try to stay one step ahead of storms and man-eating beasts to make it through to spring. The closest neighbor to Sue Aikens is more than 300 miles away. Eric Salitan subsists solely on what he hunts and forages. Chip and Agnes Hailstone catch fish for currency in bartering for supplies, and Andy and Kate Bassich use their pack of sled dogs for transportation.
TV Show Star Rating : 7.3  Read More

After receiving a scholarship from the state, a recent Columbia University medical school graduate is required to set up his practice in an eccentric Alaskan town.
TV Show Star Rating : 8  Read More

Deep in the Alaskan wilderness lives a newly discovered family who was born and raised wild. Billy Brown, his wife Ami and their seven grown children – 5 boys and 2 girls – are so far removed from civilization that they often go six to nine months of the year without seeing an outsider. They’ve developed their own accent and dialect, refer to themselves as a "wolf pack," and at night, all nine sleep together in a one-room cabin. Simply put, they are unlike any other family in America. Recently, according to the Browns, the cabin where they lived for years was seized and burned to the ground for being in the wrong location on public land.
TV Show Star Rating : 5.4  Read More

The lives of two childhood best friends, Bill and Epstein, in the late 1890s as they flock to the gold rush capital in the untamed Yukon Territory. This man-versus-nature tale places our heroes in a land full of undiscovered wealth, but ravaged by harsh conditions, unpredictable weather and desperate, dangerous characters including greedy businessmen, seductive courtesans and native tribes witnessing the destruction of their people and land by opportunistic entrepreneurs.
TV Show Star Rating : 6.9  Read More

Men in Trees is an American romantic television comedy-drama series which premiered on September 12, 2006 on ABC and starred Anne Heche who played relationship coach Marin Frist. The series was set in the fictional town of Elmo, Alaska and concerned Marin Frist's misadventures in relationships. The premise showed at least superficial similarities to the HBO television series Sex and the City, which also featured a romantically-oriented, female writer. The protagonist's apparent "fish-out-of-water" feeling in a remote, small, Alaskan town can be likened to CBS's Northern Exposure. The protagonists in both series were New Yorkers thrust into small town Alaska societies. Filming for the series was based in Squamish, British Columbia. Five episodes of the first production season, which were not yet shown on ABC, debuted in New Zealand on the TV2 network in June 2007 and July 2007. The five carryover episodes aired on ABC after the first episode of the second production season, beginning October 19. Men In Trees was cancelled on May 4, 2008. Its final episodes aired in the summer of 2008 as a burnoff.
TV Show Star Rating : 7  Read More

Yukon Men is an unscripted American cable television series aired on the Discovery Channel. It is produced by Paper Route Productions. The series details the harsh life in the Alaskan village of Tanana where the population make their living by hunting and trapping game. It premiered on August 24, 2012. The show's prominent themes are community and survival. The television show is named after the nearby Yukon river and not the Yukon territory in Canada.
TV Show Star Rating : 5.5  Read More