Dinner for Five is a television program in which actor/filmmaker Jon Favreau and a revolving guest list of celebrities eat, drink and talk about life on and off the set and swap stories about projects past and present. The program seats screen legends next to a variety of personalities from film, television, music and comedy, resulting in an unpredictable free-for-all. The program aired on the Independent Film Channel with Favreau the co-Executive Producer with Peter Billingsley. The show format is a spontaneous, open forum for people in the entertainment community. The idea, originally conceived by Favreau, originated from a time when he went out to dinner with colleagues on a film location and exchanged filming anecdotes. Favreau said, "I thought it would be interesting to show people that side of the business". He did not want to present them in a "sensationalized way [that] theyre presented in the press, but as normal people". The format featured Favreau and four guests from the entertainment industry in a restaurant with no other diners. They ordered actual food from real menus and were served by authentic waiters. There were no cue cards or previous research on the participants that would have allowed him to orchestrate the conversation and the guests were allowed to talk about whatever they wanted. The show used five cameras with the operators using long lenses so that they could be at least ten feet away from the table and not intrude on the conversation or make the guests self-conscious. The conversations lasted until the film ran out. A 25-minutes episode would be edited from the two-hour dinner. 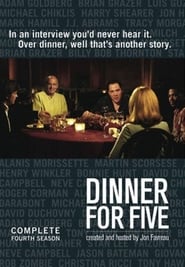 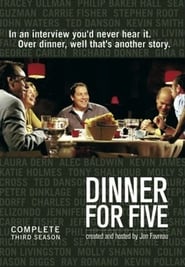 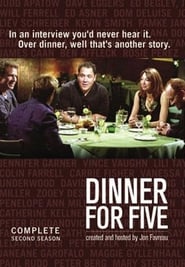 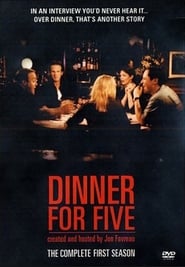 Host Guy A. Lepage brings together six to eight personalities from different milieus—sports, politics, stage productions and more—that are the subject of everyone’s conversations and/or are important figures in recent events. Participants are invited to speak freely, voicing their opinions on headline news or on a subject that is near and dear to them.
TV Show Star Rating : 3.4  Read More

Noted Harvard scholar Henry Louis Gates, Jr. has been helping people discover long-lost relatives hidden for generations within the branches of their family trees. Professor Gates utilizes a team of genealogists to reconstruct the paper trail left behind by our ancestors and the world’s leading geneticists to decode our DNA and help us travel thousands of years into the past to discover the origins of our earliest forebears.
TV Show Star Rating : 7.5  Read More