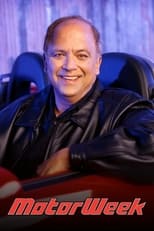 MotorWeek is an American automotive television series. The program premiered in January 3, 1981 and is hosted by respected automotive journalist John H. Davis, who is also the series’ creator and executive producer. MotorWeek is produced by Maryland Public Television and is seen nationwide on Public Broadcasting Service, Discovery Network, Velocity, V-me and globally on the American Forces Network. The half-hour program is presented in a magazine-like format, with reviews, comparisons, news, and features. MotorWeeks original slogan was "Televisions automotive magazine", later changed to "Televisions original automotive magazine". This only applies to American television, however, as the BBCs Top Gear debuted in 1977. The show went into national syndication beginning September 11, 1993, originally syndicated by ITC Entertainment. 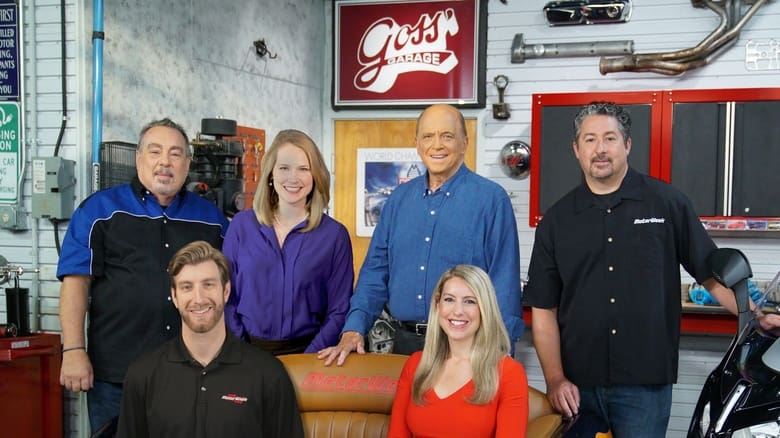 MotorWeek is an American automotive television series. The program premiered in January 3, 1981 and is hosted by respected automotive journalist John H. Davis, who is also the series’ creator and executive producer. MotorWeek is produced by Maryland Public Television and is seen nationwide on Public Broadcasting Service, Discovery Network, Velocity, V-me and globally on the American Forces Network. The half-hour program is presented in a magazine-like format, with reviews, comparisons, news, and features. MotorWeek's original slogan was "Television's automotive magazine", later changed to "Television's original automotive magazine". This only applies to American television, however, as the BBC's Top Gear debuted in 1977. The show went into national syndication beginning September 11, 1993, originally syndicated by ITC Entertainment.
TV Show Star Rating : 6  Read More

A topical magazine-style daily television programme broadcast live on BBC One and BBC One HD. The programme is currently hosted by Alex Jones and Matt Baker from Monday-Thursday, with Chris Evans appearing instead of Baker on Fridays and relief presenters appearing when required.
TV Show Star Rating : 4.3  Read More

Top of the Pops, also known as TOTP, is a British music chart television programme, made by the BBC and originally broadcast weekly between 1 January 1964 and 30 July 2006. It was traditionally shown every Thursday evening on BBC1, before being moved to Fridays in 1996, and then to Sundays on BBC Two in 2005. Each weekly programme consisted of performances from some of that week's best-selling popular music artists, with a rundown of that week's singles chart. Additionally, there was a special edition of the programme on Christmas Day, featuring some of the best-selling singles of the year. Although the weekly show was cancelled, the Christmas special has continued. It also survives as Top of the Pops 2, which began in 1994 and features vintage performances from the Top of the Pops archives. In the 1990s, the show's format was sold to several foreign broadcasters in the form of a franchise package, and at one point various versions of the show were shown in nearly 100 countries. Editions of the programme from the 1970s are being repeated on most Thursdays on BBC Four.
TV Show Star Rating : 7.167  Read More

A late-night live television sketch comedy and variety show created by Lorne Michaels. The show's comedy sketches, which parody contemporary culture and politics, are performed by a large and varying cast of repertory and newer cast members. Each episode is hosted by a celebrity guest, who usually delivers an opening monologue and performs in sketches with the cast, and features performances by a musical guest.
TV Show Star Rating : 6.964  Read More