Starting as a YouTube series in 2006 and making its way to television in 2015 on CNBC, former host of "The Tonight Show" Jay Leno does car and motorcycle reviews on classic cars, super cars like the McLaren P1, restored cars, vintage and sports cars. Jay Lenos Big Dog Garage is located in Burbank, California, near Bob Hope Airport. In 2011 the show won a Primetime Emmy Award for "Outstanding Special Class — Short-Format Nonfiction Program". It is distributed by NBC Entertainments digital division. 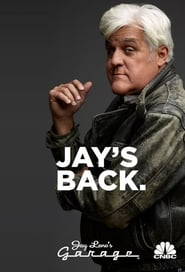 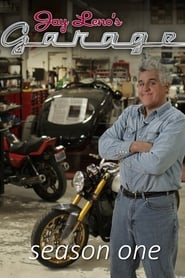 Fifth Gear is a British motoring television magazine series. Originally shown on Channel 5 from 2002 to 2011 and Discovery since 2012, the show is currently presented by Tiff Needell, Vicki Butler-Henderson, Jason Plato and Jonny Smith. Fifth Gear's rival show is BBC Two's Top Gear. Fifth Gear was first broadcast on 8 April 2002 as 5th Gear, and as a continuation of the original incarnation of the BBC show Top Gear, which was cancelled in 2001. Top Gear was relaunched later that year; Channel 5 originally wanted to carry on using the Top Gear name, but the BBC refused. Several of Top Gear's ex-presenters, including Quentin Willson, Tiff Needell, and Vicki Butler-Henderson were hired by Channel 5 to present Fifth Gear. The show was renamed as Fifth Gear in 2005. Repeats of Fifth Gear also started being broadcast on UKTV channel, Dave in April 2008 and later on Discovery Turbo.
TV Show Star Rating : 5.3  Read More

Following the team at Dieselsellerz as they trick out trucks, work hard and play harder in the process. In the world of diesel vehicles, no one has more fun or builds bigger, badder trucks than Heavy D, Diesel Dave and their crew. Their mega builds and awesome truck giveaways are the stuff of diesel legend.
TV Show Star Rating : 8.5  Read More

Overhaulin' is an American automotive reality TV show that ran for five seasons on TLC between 2004–2009, and currently on Velocity and Discovery. Season 6 premiered on October 2, 2012 at 8pm EST.
TV Show Star Rating : 6.7  Read More

James Mays Cars of the People

Top Gear's James May presents this 3 part series which takes a look at the 'peoples car'. Covering every form of cars for the masses - from the Beetle to the Kei Car, May looks at the many forms of people's car, their origins and their effect on history. Each episode covers a particular theme; these being cars from dictatorships, microcars and the dream cars we aspire to.
TV Show Star Rating : 8.6  Read More

For the Love of Cars

Bullrun is an American reality television series based on the trans-American Bullrun road rally of the same name. The televised version has 12 teams compete in a 4,000-mile 18-day road rally to win the grand prize of US$200,000. Bullrun uses a modified 12-car rally format.
TV Show Star Rating : 10  Read More

Trick It Out: MTV's Tuner Challenge, is an MTV reality television show focusing on automobile modification. The show airs primarily on MTV2 and is hosted by award-winning car tuner, RJ de Vera, and narrated by MTV news personality, Sway Calloway. The show is a tournament-style competition to find out who is the "most creative, resourceful, and ingenious Tuner in the nation". Each crew of four Tuners from rival car modification shops in Southern California gets a similar car to start with, 14 days, and $15,000 to do their very best cosmetic work. In the end, the teams are judged by de Vera on criteria such as craftsmanship, creativity, and the ability to have a theme. The winning crew gets to go home with their car, as well as the car of the losing team. Each episode of the 30-minute show would follow the two teams as they took their cars from the planning stage to completion. Various situations, both positive and negative, would be highlighted, such as bad paint jobs, incomplete features, and insight into the creation of different features for the cars. The tournament featured 8 teams from car modification shops in Southern California. Each round offered different rules for the contestants to follow.
TV Show Star Rating : 0  Read More

After the 1959 Cuban Revolution and the subsequent United States embargo, it has been illegal to import American cars to the island nation - as a result, Cuba's vintage American vehicles are frozen in time, and each of these cars has a unique story to tell. For Cubans, these cars are not just a means of transportation, but a way of life. CUBAN CHROME will give viewers an intimate look into this rarely seen country as they meet the men who put everything on the line to keep these classic cars running. Through A Lo Cubano Car Club - a passionate group of car enthusiasts, restorers, mechanics and apprentices - the series explores the challenges and joys of life in Cuba, presenting an authentic look into their culture of passion, grit, determination and ingenuity.
TV Show Star Rating : 0  Read More