Top Gear Italia is an international version of the popular British BBC Two motoring show. This version of the show is presented by Guido Meda (an Italian commentator of the Moto GP), Joe Bastianich (an American restaurateur, previously a judge on MasterChef Italia) and Davide Valsecchi (an Italian racing driver and GP2 Series champion). It also features the Italian version of "The Stig". 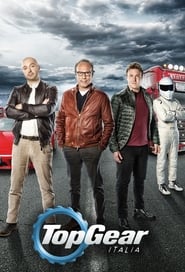 Top Gear France is a french TV show on cars, based on the english original tv show Top Gear. IT is shwon on TNT RMC Découverte and will be hosted by the french actor Philippe Lellouche, the professional racing driver Bruce Jouanny and EDM musician and journalist Yann Larret-Menezo.
TV Show Star Rating : 6  Read More

Cars Toons is an American series of short animated films or Cars Toons by Pixar. It features Mater and Lightning McQueen from Cars. Larry the Cable Guy reprised his role as Mater, while Keith Ferguson replaced Owen Wilson as the voice of Lightning McQueen. The series' first broadcast was on October 27, 2008, on Toon Disney, Disney Channel, and ABC Family.
TV Show Star Rating : 7.2  Read More