Kate Humble: Into the Volcano

Kate Humble joins a team of geologists at the Vanuatu archipelago to investigate some of the most active volcanoes in the world - and to predict if another major eruption might be imminent. 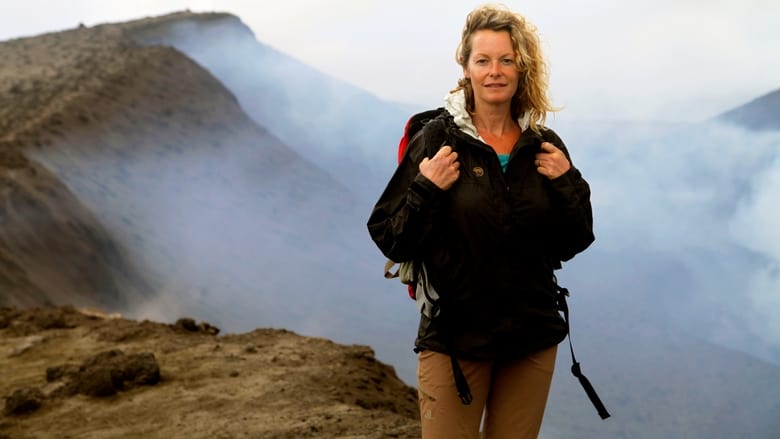 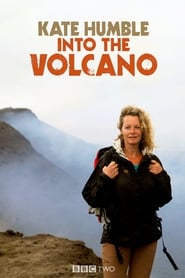 Similar TV Shows to Kate Humble: Into the Volcano

Famed astrophysicist Neil deGrasse Tyson provides clarity for the vision of the cosmos as he voyages across the universe with never-before-told stories that delve into the scientific concepts of the laws of gravity and the origins of space and time.
TV Show Star Rating : 8.2  Read More

Dexter's Laboratory is an American comic science fiction animated children's television series created by Genndy Tartakovsky for Cartoon Network. The series follows Dexter, a boy-genius with a secret laboratory filled with his collection of inventions. He constantly battles his sister Dee Dee, who always gains access despite his best efforts to keep her out, as well as his arch-rival and neighbor, Mandark. The series' first two seasons contain additional segments: Dial M for Monkey, which focuses on Dexter's pet lab monkey-turned-superhero, and The Justice Friends, about a trio of superheroes who share an apartment. Tartakovsky first pitched the series to Hanna-Barbera's animated shorts showcase World Premiere Toons, basing it on student films he produced while attending the California Institute of the Arts. Four shorts were created and broadcast on Cartoon Network in 1995 and 1996 before viewer approval ratings convinced the network to order a 13-episode first season, which premiered on April 28, 1996. By 1999, 52 episodes and a television movie had been produced, and Tartakovsky then left the series to begin work on his other projects, Samurai Jack and Star Wars: Clone Wars. In 2001, the network revived the series under a different production team at Cartoon Network Studios, and after 26 more episodes, the series ended on November 20, 2003.
TV Show Star Rating : 7.4  Read More

The sleepy Pacific Northwest town of Eureka is hiding a mysterious secret. The government has been relocating the world's geniuses and their families to this rustic town for years where innovation and chaos have lived hand in hand. U.S. Marshal Jack Carter stumbles upon this odd town after wrecking his car and becoming stranded there. When the denizens of the town unleash an unknown scientific creation, Carter jumps in to try to restore order and consequently learns of one of the country's best kept secrets.
TV Show Star Rating : 7.5  Read More

MacGyver is an American action-adventure television series created by Lee David Zlotoff. Henry Winkler and John Rich were the executive producers. The show ran for seven seasons on ABC in the United States and various other networks abroad from 1985 to 1992. The series was filmed in Los Angeles during seasons 1, 2 and 7, and in Vancouver during seasons 3–6. The show's final episode aired on April 25, 1992, on ABC. Episode List The show follows secret agent Angus MacGyver, played by Richard Dean Anderson, who works as a troubleshooter for the fictional Phoenix Foundation in Los Angeles and as an agent for a fictional United States government agency, the Department of External Services. Educated as a scientist, MacGyer served as a Bomb Team Technician/EOD during the Vietnam War. Resourceful and possessed of an encyclopedic knowledge of the physical sciences, he solves complex problems with everyday materials he finds at hand, along with his ever-present duct tape and Swiss Army knife. He prefers non-violent resolutions and prefers not to handle a gun, but will if necessary.
TV Show Star Rating : 7.5  Read More

The Big Bang Theory is centered on five characters living in Pasadena, California: roommates Leonard Hofstadter and Sheldon Cooper; Penny, a waitress and aspiring actress who lives across the hall; and Leonard and Sheldon's equally geeky and socially awkward friends and co-workers, mechanical engineer Howard Wolowitz and astrophysicist Raj Koothrappali. The geekiness and intellect of the four guys is contrasted for comic effect with Penny's social skills and common sense.
TV Show Star Rating : 6.8  Read More

Based on a true story, Scorpion is a high-octane drama about eccentric genius Walter O’Brien and his team of brilliant misfits who comprise the last line of defense against complex, high-tech threats of the modern age. As Homeland Security’s new think tank, O’Brien’s “Scorpion” team includes Toby Curtis, an expert behaviorist who can read anyone; Happy Quinn, a mechanical prodigy; and Sylvester Dodd, a statistics guru.
TV Show Star Rating : 6.9  Read More

Fortitude is a place like nowhere else. Although surrounded by the savage beauty of the Arctic landscape, Fortitude is one of the safest towns on earth. There has never been a violent crime here. Until now. In such a close-knit community a murder touches everyone and the unsettling, mysterious horror of this crime threatens the future of the town itself.
TV Show Star Rating : 6.9  Read More