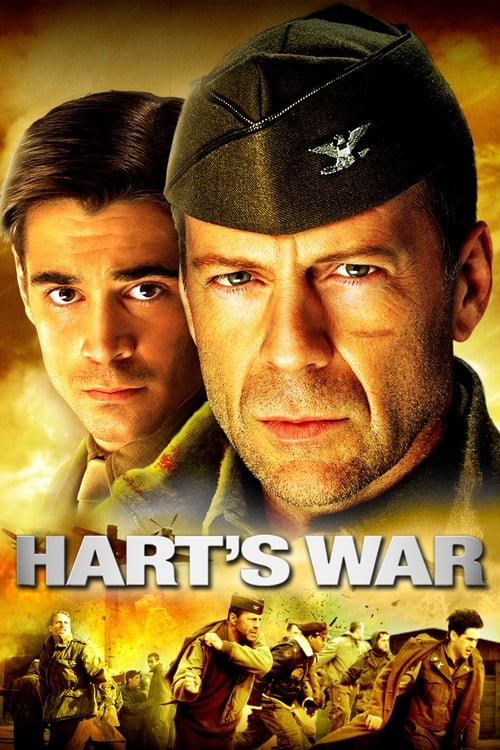 Tagline : Beyond Courage, Beyond Honor.

Plot : Fourth-generation Army Col. William McNamara is imprisoned in a brutal German POW camp. Still, as the senior-ranking American officer, he commands his fellow inmates, keeping a sense of honor alive in a place where honor is easy to destroy, all under the dangerous eye of the Luftwafe vetran Col. Wilhelm Visser. Never giving up the fight to win the war, McNamara is silently planning, waiting for his moment to strike back at the enemy. A murder in the camp gives him the chance to set a risky plan in motion. With a court martial to keep Visser and the Germans distracted, McNamara orchestrates a cunning scheme to escape and destroy a nearby munitions plant, enlisting the unwitting help of young Lt. Tommy Hart. Together with his men, McNamara uses a hero's resolve to carry out his mission, ultimately forced to weigh the value of his life against the good of his country. 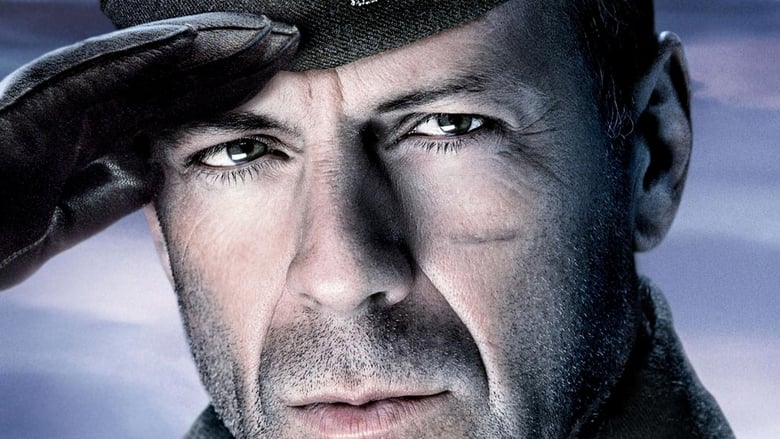 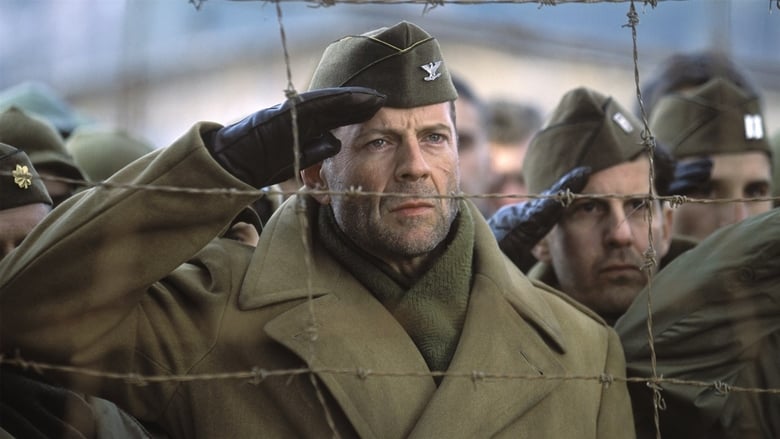 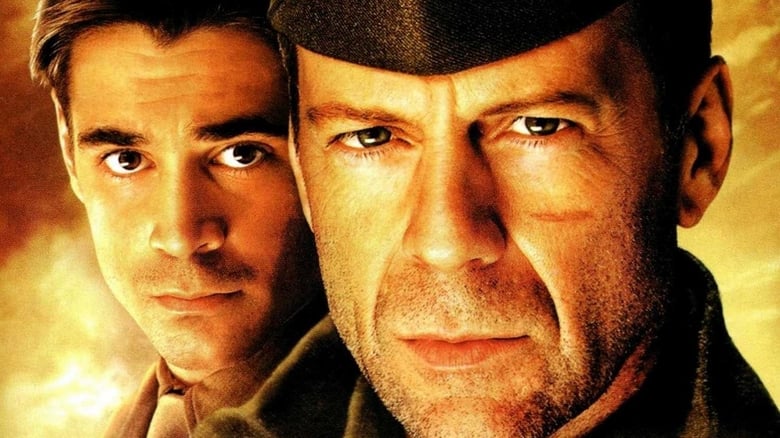 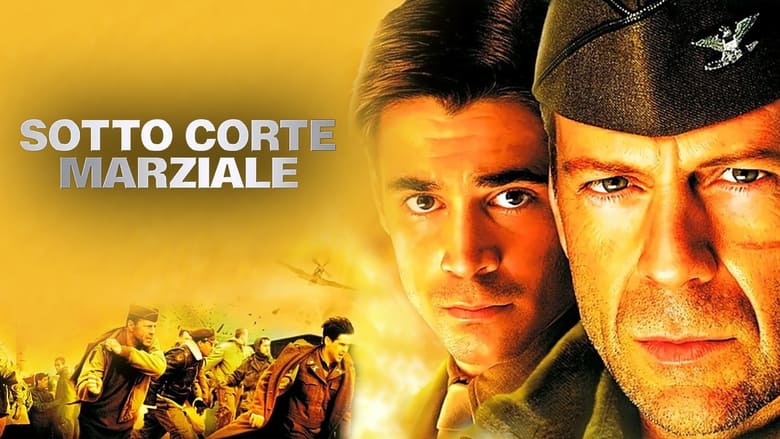 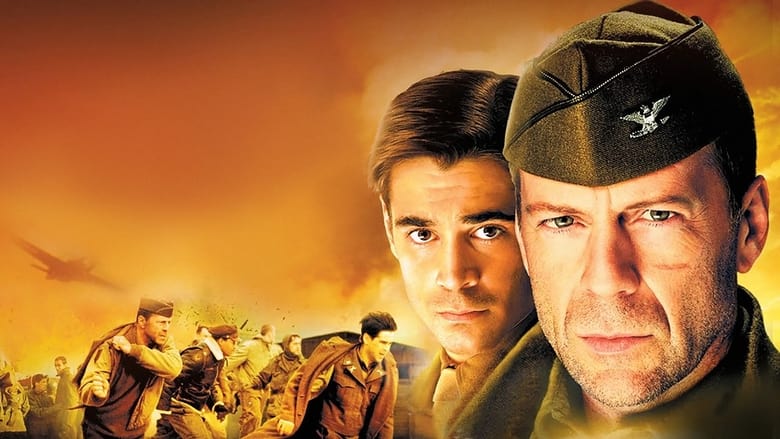 Like Hogan's Heroes but serious and quasi-realistic RELEASED IN 2002 and directed by Gregory Hoblit, "Hart's War" is a war flick about a paper-pushing lieutenant with a background in law (Colin Farrell) who is unexpectedly captured in Belgium and taken to a POW camp in southern Germany in the closing months of the European theater of the war. He eventually befriends and defends a Tuskegee Airmen (Terrence Howard). Marcel Iures plays the humane German commandant while Bruce Willis plays the tough-as-nails American colonel of the POWs. Cole Hauser is on hand as a racist soldier. This is obviously not a conventional WWII flick. Although it starts out with some great war action, it has more in common with films like "Stalag 17" (1953) and "The Great Escape" (1963), albeit with modern filmmaking craft. As my title blurb points out, it's reminiscent of Hogan's Heroes but without the comedy, plus elements of “A Few Good Men” (1992). The film isn't really about survival in the POW camp, but rather the tensions of the prisoners and the criminal drama. Some have complained that no fascist camp colonel in his right mind would allow such a trial as depicted in the movie. But there are several reasons why the commandant would allow it: (1.) for entertainment, (2.) to witness and understand the American way, (3.) he knew the war would be over soon and wanted to have the Allie's favor, or (4.) a mixture of the above. Keep in mind that the commandant went to school in the US after the first world war so he was enamored by American lifestyle and had a fondness for jazz. I'm sure entertainment was a huge factor since POW camp life is just as boring for the captors as it is for the captives over time. The climax telegraphs that this is a war MOVIE and not real life, but it's packed with action and gripping drama. It’s also ultimately quite moving. Although it failed at the box office, "Hart's War" is a very good WWII POW camp movie and, in some ways, great. THE FILM RUNS 125 minutes and was shot in the Czech Republic. GRADE: B+/A-

British soldiers force a recently captured IRA terrorist to cooperate with them and then assign him to go undercover with a gang of terrorists and prevent them from killing the U.S. President. But the spy isn't in long before he realizes that the first plot is but a ruse for a more sinister scheme that could result in trouble between China and Great Britain. - Written by Ørnås

Germany, Baltic Sea coast, May 1945, a few days before the end of World War II. A small Soviet patrol arrives at an isolated house where an elderly baroness gives shelter to a group of orphan girls and a boy who is determined to continue the fight.

With revolutionary Mexico as a backdrop, a successful local rancher returns triumphant from the war to the praise of townsfolk, and "El General" is ready to take a wife. However the senorita of choice already has fallen for a secret admirer, and a boyhood rival who is threatened by the General's popularity in turn plots against his life.

Cantinflas works as a porter, who writes letters and speeches in his old writing machine to earn an extra money, despite the fact that he still goes to school. The sentimental issues come when Cantinflas falls in love of his pretty neighborhood (Silvia Pinal), who is handicapped and unable to walk. The thing wont be easy, because a young military man also has feelings for the girl. But the porter wants to see her happy, and he will become a sort of Cyrano De Bergerac, writing love letters to her signed by the young soldier. His plan is simple: to win money in the horse races in order to pay the operation which will make her walk again.

A woman floating on a raft in the middle of the Pacific. She was found by a rescue team and taken ashore. Once there, she tells a story of how she escaped from an island full of zombies. She was persuaded to lead a commando unit to the island to explore.

Frank Gorshin and his girlfriend, Joyce Taylor, are on the run from the law when apprehended and arrested by the Sherriff..

Giorgio, a young soldier, is in love with the married Clara and becomes her lover. But they are separated when Giorgio is posted far away, where he meets the unhappy, unhealthy, and unattractive Fosca, who develops a passionate love for Giorgio and tries to make him love her. This rendition of Stephen Sondheim's Tony Award-winning musical was recorded on the stage with it's original all-star Broadway cast. Originally broadcast as part of "American Playhouse" on PBS (season thirteen, episode six).

Theirs Is the Glory

Re-enactment of World War 2 Battle of Arnhem using the survivors from the battle.

Tomorrow, Were Going To The Movies

Three high school graduates prepare to start the next chapter of their lives, but the outbreak of World War II may derail their dreams forever.

An army recruit was found dead during a 24km road march. After the death of the recruit, strange things started to happen, haunting all the soldiers in the barracks.

Runaway teen Lexi find herself alone and pregnant on the streets. Seemingly beyond hope, she must turn to Devon, a woman with her own demons, to help her find a way back from her past mistakes.