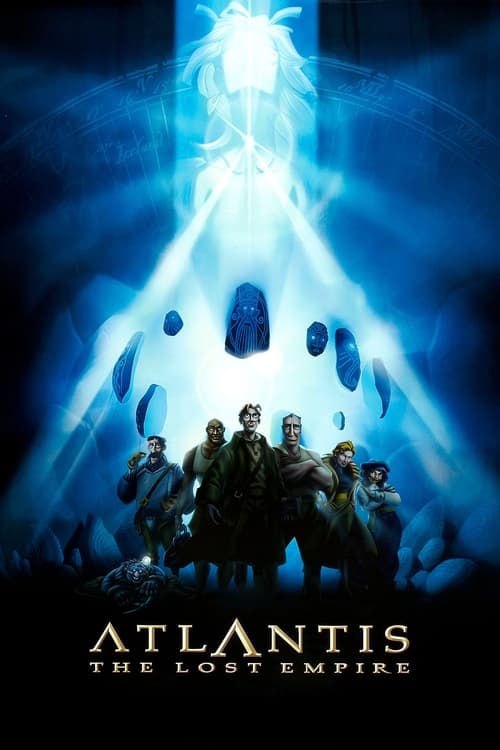 Plot : The world's most highly qualified crew of archaeologists and explorers is led by historian Milo Thatch as they board the incredible 1,000-foot submarine Ulysses and head deep into the mysteries of the sea. The underwater expedition takes an unexpected turn when the team's mission must switch from exploring Atlantis to protecting it. 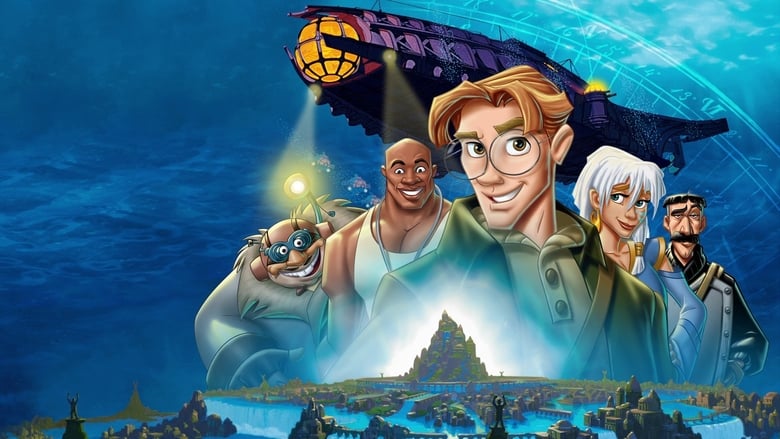 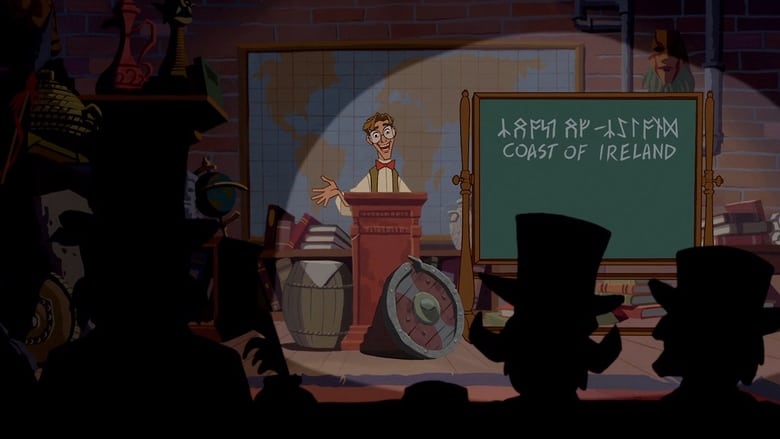 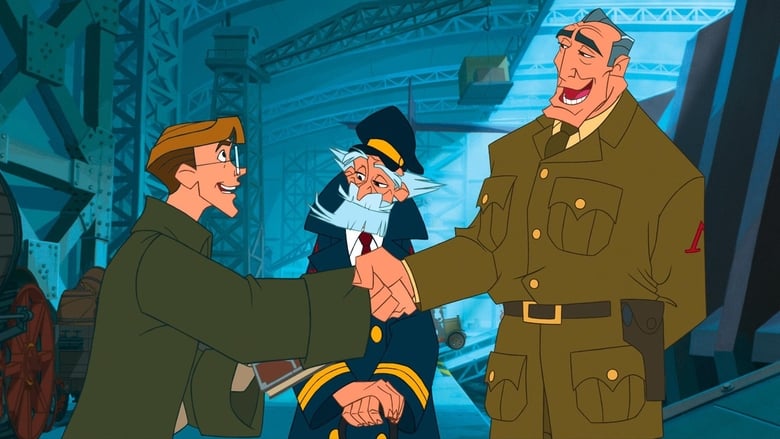 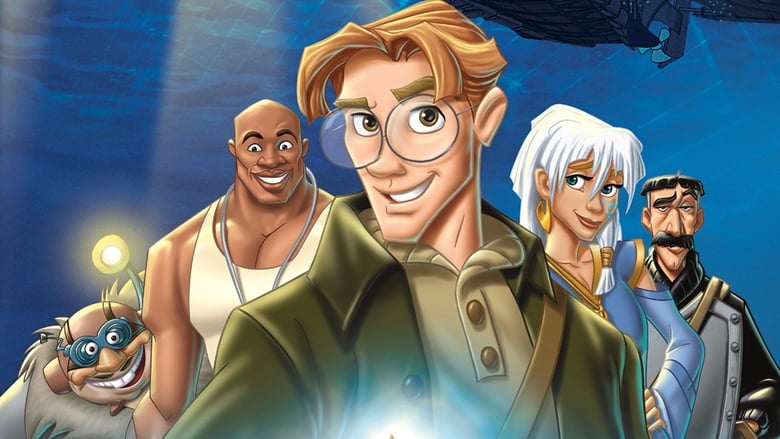 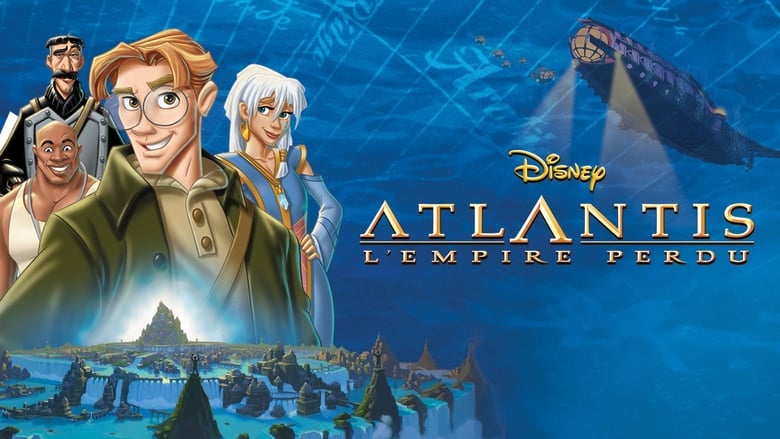 Excellent. I had previously heard a fair bit of hype down the years regarding 'Atlantis: The Lost Empire' and now, finally, I can understand why. It is very good. My favourite part of it is the animation which is exquisite, especially across acts one and two with the great amount of detail. The characters are cool, while the premise is pretty fascinating. Michael J. Fox is a superb cast as Milo, he is fantastic in the lead role. Honestly, none of the other voices stand out to me but that's not always a bad thing - especially in this film. There are no huge individual performances, away from Fox, but they all bounce off each other nicely. The plot is very interesting, brought to life brilliantly by James Newton Howard's terrific score. It's not near the top of my Disney animated favourites, just through process of elimination really, but it certainly isn't majorly far off. It's a fun experience, one I'd recommend you see for yourself if you haven't done so already.

Born of a god but raised as a man, Perseus is helpless to save his family from Hades, vengeful god of the underworld. With nothing to lose, Perseus volunteers to lead a dangerous mission to defeat Hades before he can seize power from Zeus and unleash hell on earth. Battling unholy demons and fearsome beasts, Perseus and his warriors will only survive if Perseus accepts his power as a god, defies fate and creates his own destiny.
Movie Star Rating : 5.9  Read More

Bolt is the star of the biggest show in Hollywood. The only problem is, he thinks it's real. After he's accidentally shipped to New York City and separated from Penny, his beloved co-star and owner, Bolt must harness all his "super powers" to find a way home.
Movie Star Rating : 6.5  Read More

Carl Fredricksen spent his entire life dreaming of exploring the globe and experiencing life to its fullest. But at age 78, life seems to have passed him by, until a twist of fate (and a persistent 8-year old Wilderness Explorer named Russell) gives him a new lease on life.
Movie Star Rating : 7.9  Read More

In Italy in the 1930s, sky pirates in biplanes terrorize wealthy cruise ships as they sail the Adriatic Sea. The only pilot brave enough to stop the scourge is the mysterious Porco Rosso, a former World War I flying ace who was somehow turned into a pig during the war. As he prepares to battle the pirate crew's American ace, Porco Rosso enlists the help of spunky girl mechanic Fio Piccolo and his longtime friend Madame Gina.
Movie Star Rating : 7.8  Read More

Trapped near the summit of K2, the world's second-highest mountain, Annie Garrett radios to base camp for help. Brother Peter hears Annie's message and assembles a team to save her and her group before they succumb to K2's unforgiving elements. But, as Annie lays injured in an icy cavern, the rescuers face several terrifying events that could end the rescue attempt - and their lives.
Movie Star Rating : 6  Read More

When Susan Murphy is unwittingly clobbered by a meteor full of outer space gunk on her wedding day, she mysteriously grows to 49-feet-11-inches. The military jumps into action and captures Susan, secreting her away to a covert government compound. She is renamed Ginormica and placed in confinement with a ragtag group of Monsters...
Movie Star Rating : 6.2  Read More

Futurama: Into the Wild Green Yonder

Leela becomes an outlaw when she and a group of ecologically-minded feminists attempt to save an asteroid of primitive life forms and the Violet Dwarf star from being destroyed, while Fry joins a secret society and attempts to stop a mysterious species known as the "Dark Ones" from destroying all life in the universe.
Movie Star Rating : 7  Read More

Cancer-terminal tycoon Peter Murdoch's secret Wexel Hall Pharmaceuticals lab has developed a blood orchid extract cure. To examine why it works optimally in snakes, they also bread a super-anaconda strain. But the original pair escapes, leaving a bloody trail of corpses. Murdoch runs, instructing his staff to clean up. They keep failing and being eaten like unsuspecting locals, some alive, even after enlisting ruthless big game hunter Hammett. The fast-growing pregnant monster sheds its skin, thus disabling the only tracking device.
Movie Star Rating : 4.8  Read More