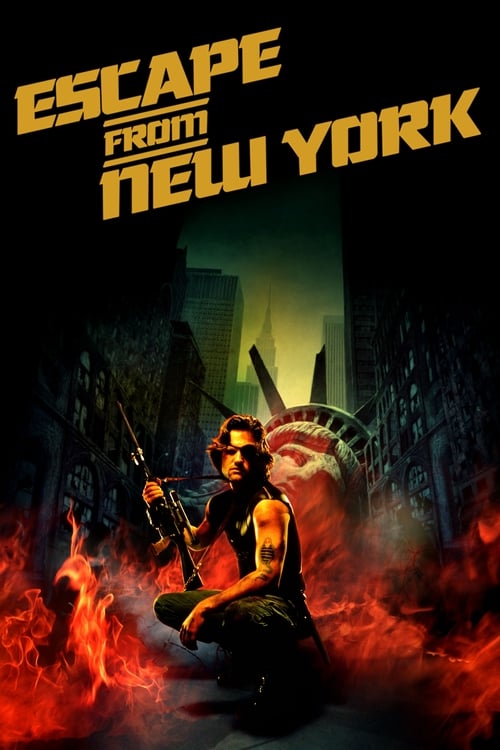 Tagline : 1997. New York city is now a maximum security prison. Breaking out is impossible. Breaking in is insane.

Plot : In the future, crime is out of control and New York City's Manhattan is a maximum security prison. Grabbing a bargaining chip right out of the air, convicts bring down the President's plane in bad old Gotham. Gruff Snake Plissken, a one-eyed lone warrior new to prison life, is coerced into bringing the President, and his cargo, out of this land of undesirables. 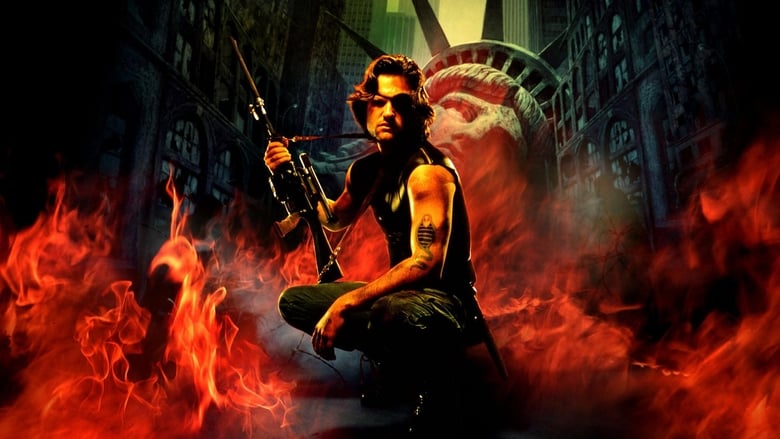 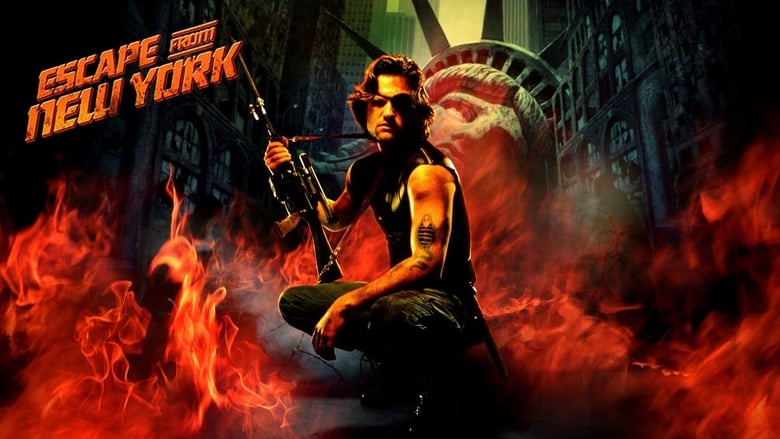 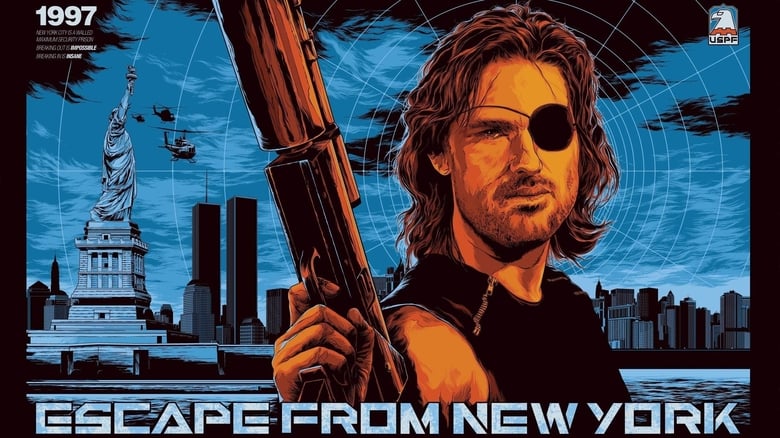 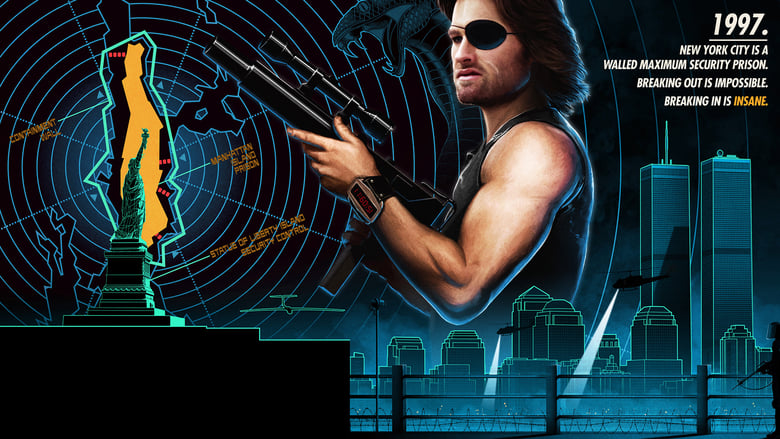 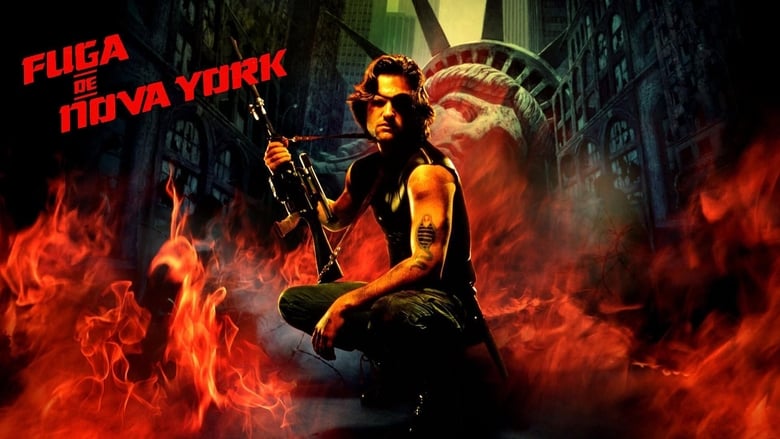 "Too little of too much" would describe this movie well, which presented us a dystopian New York with development potential and characters whose background is shared, exposed with brief moments of characterization that made me feel like I was missing this movie's predecessor. It didn't exist, and so the end result was of an expanded universe of unknown circumstances - except for the brief introduction we got in the opening credits - where the events barely told the story during the time it was running. But where this movie failed in terms of script, it almost made up with atmosphere and music. It sounds great throughout, but the credit goes to the opening theme that is as minimal as the presentation is grounded, in that humble approach of whom ambition wasn't unheard. Sadly, it's not the case of a classic whose production values challenge the computer generated visuals of today (and ironically this movie's novelty was the wireframe view), but if you're interested in history and want to make a contextual analysis, you may find something worth treasuring. __________________ When authors create they sign. When editors hack they design.

A Snake, a Brain, a Cabbie, a Duke and the President Of The USA. It's 1997 and Manhattan Island is a walled off prison, during the flight of Air Force One the president's plane is taken over by a terrorist and the president ejects out in the safety pod. Sadly for him he lands right in the middle of Manhattan Island. When an armed unit lands inside the walls they are told that the president has been taken hostage and they must get out of their prison ASAP. At a loss what to do, the authorities decide to send one man in alone, ex war hero turned criminal, Snake Plissken, not only does he have to contend with surviving the incredibly hostile prison, he also has a time bomb implanted in his body that, should he not get the president out safely within 24 hours, will explode and mean no more Snake Plissken! Made in 1981 and set in 1997, it's safe to say John Carpenter is not the best predictor of the future around. However, his vision of a future where America has thrown all its criminals on one island, where they create their own society out of harms way, has to rank as an incredibly adroit piece of work. This place is grim and deadly, the flotsam and jetsam of society thrust together in this bleak and desolate place of class separation. What Carpenter has achieved with his usual minimal budget allowance is a smouldering sci-fi classic that may be as daft as they come, but it pulses with cool and cheekily slaps you around the face with its cheeky satirical edginess. Kudos is given to the great production design from Joe Alves, who along with Carpenter has crafted this brilliantly dirty netherworld of crime. Our anti-hero of the piece, Snake Plissken, is superbly played by Kurt Russell, the original choice interestingly was Tommy Lee Jones, but Russell fuels Plissken's mantra to make him one of the eighties coolest grumpy bastards, and his work here is first class in terms of the films' apocalyptic structure. Surroundning Russell is a wealth of quality performers each adding their personal bits to this tick-tock stew, Lee Van Cleef, Ernest Borgnine, Donald Pleasance, Harry Dean Stanton, Adrienne Barbeau and Isaac Hayes all earn their money and flesh out the story to the end. Calling Escape From New York an action picture would be setting first time viewers up for a real let down, what action there is is minimal but highly effective, the machismo flourishes acting more as a point of reference to the picture's time bomb urgency. I like to think of the film as being more a sci-fi adventure yarn laced with darkly comic humour, with of course machismo thrown in as a side salad to accentuate the bleakness of it all. A wonderful concoction indeed. 9/10

Princess Leia is captured and held hostage by the evil Imperial forces in their effort to take over the galactic Empire. Venturesome Luke Skywalker and dashing captain Han Solo team together with the loveable robot duo R2-D2 and C-3PO to rescue the beautiful princess and restore peace and justice in the Empire.
Movie Star Rating : 8.2  Read More

Brian Cohen is an average young Jewish man, but through a series of ridiculous events, he gains a reputation as the Messiah. When he's not dodging his followers or being scolded by his shrill mother, the hapless Brian has to contend with the pompous Pontius Pilate and acronym-obsessed members of a separatist movement. Rife with Monty Python's signature absurdity, the tale finds Brian's life paralleling Biblical lore, albeit with many more laughs.
Movie Star Rating : 7.8  Read More