Theres only one way these two are going to get along...

Seeking to raise his credibility as an actor and to land a role as a tough cop on a new show, Hollywood action star Nick Lang works a deal with New York City Police Capt. Brix, who by chance is one of his fans. Nick will be paired with detective Lt. John Moss and learn how to act like a real cop. But when Nick drives John crazy with questions and imitating him, he gets in the way of Johns pursuit of a serial killer. 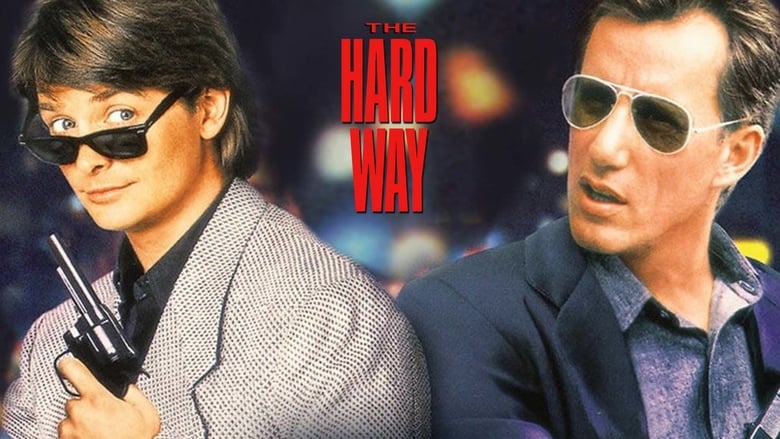 Similar Movies to The Hard Way

After the murder of his beloved wife, a man in search of redemption is set adrift in a world where nothing is as it seems. On his journey, he befriends slacker Jimmy "The Finn", becomes involved in rescuing his neighbor Colette from her own demons, and gets entangled in a web of deceit full of unexpected twists and turns.
Movie Star Rating : 6.8  Read More

Nerdy high school senior Dizzy Harrison has finally gotten lucky - after purposely getting expelled, he takes lessons in 'badass cool' from a convict and enrolls at a new school. But can he keep up the ruse?
Movie Star Rating : 5.7  Read More

Enemy of the State

Spike Jonze’s debut feature film is a love story mix of comedy and fantasy. The story is about an unsuccessful puppeteer named Craig, who one day at work finds a portal into the head of actor John Malkovich. The portal soon becomes a passion for anybody who enters it’s mad and controlling world of overtaking another human body.
Movie Star Rating : 7.3  Read More

James Bond must investigate a mysterious murder case of a British agent in New Orleans. Soon he finds himself up against a gangster boss named Mr. Big.
Movie Star Rating : 6.4  Read More

The Dark Knight of Gotham City begins his war on crime with his first major enemy being the clownishly homicidal Joker, who has seized control of Gotham's underworld.
Movie Star Rating : 7.1  Read More

Slevin is mistakenly put in the middle of a personal war between the city’s biggest criminal bosses. Under constant watch, Slevin must try not to get killed by an infamous assassin and come up with an idea of how to get out of his current dilemma. A film with many twists and turns.
Movie Star Rating : 7.5  Read More