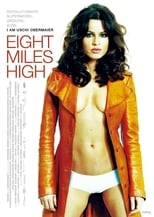 Achim Bornhaks movie focuses on the restless life of Uschi Obermaier, the icon of the 1968 movement in Germany and groupie. At the age of 16, Uschi is bored by her job in a photo lab, but soon becomes the "it girl" of Munichs club scene. When she gets to know Rainer Langhans, they move to Berlin and live in "Kommune 1", the first politically-motivated commune in Germany. While the other occupants claim she isnt political enough, Uschi just wants to have fun, works as fashion model and leads international music stars in temptation.

Almost Famous is an autobiographical inspired film about a 15-year-old who is hired by Rolling Stone magazine to follow and interview a rock band during their tour. A film about growing up, first love, disappointment, and the life of a rock star.
Movie Star Rating : 7.4  Read More

A young American studying in Paris in 1968 strikes up a friendship with a French brother and sister. Set against the background of the '68 Paris student riots.
Movie Star Rating : 7.2  Read More

A message from Jim Morrison in a dream prompts cable access TV stars Wayne and Garth to put on a rock concert, "Waynestock," with Aerosmith as headliners. But amid the preparations, Wayne frets that a record producer is putting the moves on his girlfriend, Cassandra, while Garth handles the advances of mega-babe Honey Hornee.
Movie Star Rating : 5.8  Read More

The Ages Of Lulu

The Ages of Lulu is a gruelling sensual odyssey from Spanish director Bigas Luna, made immediately prior to his popular trilogy Jamón, jamón (1992), Golden Balls (1993) and The Tit and the Moon (1994). Starting as the somewhat queasy story of the young Lulu's affair with the manipulative Pablo (Oscar Ladoire), the movie takes a much darker turn once they are wed. It is conventional cinematic wisdom that there's no such thing as sex after marriage, but here Lulu's husband incomprehensibly leads her into blindfolded relationships with others, then is heartbroken when she reacts with disgust.
Movie Star Rating : 5.5  Read More

The People vs. Larry Flynt

Larry Flynt is the hedonistically obnoxious, but indomitable, publisher of Hustler magazine. The film recounts his struggle to make an honest living publishing his girlie magazine and how it changes into a battle to protect the freedom of speech for all people.
Movie Star Rating : 6.8  Read More

Kinsey is a portrait of researcher Alfred Kinsey, driven to uncover the most private secrets of a nation. What begins for Kinsey as a scientific endeavor soon takes on an intensely personal relevance, ultimately becoming an unexpected journey into the mystery of human behavior.
Movie Star Rating : 6.6  Read More

Martin Scorsese and the Rolling Stones unite in "Shine A Light," a look at The Rolling Stones." Scorsese filmed the Stones over a two-day period at the intimate Beacon Theater in New York City in fall 2006. Cinematographers capture the raw energy of the legendary band.
Movie Star Rating : 7.2  Read More

Stylish film of the British progressive rock band Pink Floyd in 1971 performing a concert with no audience, in the ancient Roman Amphitheatre in the ruins of Pompeii, Italy. Songs are interspersed with interviews, and footage of Pink Floyd in the studio working on their next album, the legendary Dark Side of the Moon.
Movie Star Rating : 8.4  Read More

In this wildly entertaining vision of one of the twentieth century’s greatest artists, Bob Dylan is surrounded by teen fans, gets into heated philosophical jousts with journalists, and kicks back with fellow musicians Joan Baez, Donovan, and Alan Price.
Movie Star Rating : 7.5  Read More

The Czech Republic Director Jan Sverák tells in this Oscar winning film the story of the disillusioned Prague man named Cellisten Louka, who after a fictitious marriage with a Russian emigrant must suddenly take responsibility for her son. However it’s not long before the communication barrier is broken between the two new family members.
Movie Star Rating : 7.6  Read More

An eccentric family is re-united during the 1968 general strike in France, after the death of the grandmother.
Movie Star Rating : 6.5  Read More