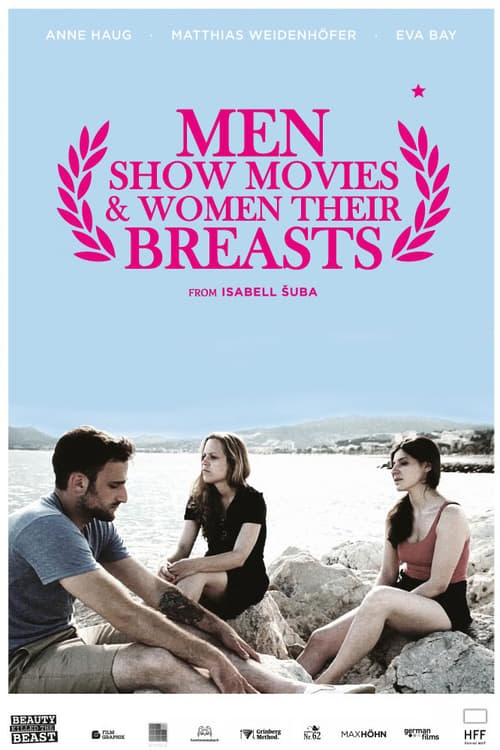 Plot : Isabell Suba, ambitious up-and-coming director, has made it – one of her short films is in the line-up of the most important film festival of the world! When she arrives at the 65. Cannes film festival, she has face the accomplished facts: David, her incompetent producer, has kindly sublet their cosy joint apartment to other festival guests. The other bad news: There is not a single movie in the competition directed by a woman! This affirms Isabell’s qualms: The film business demands women to gear up instead of dressing up low cut! Moreover, the chauvinistic remarks of her comrade-in-arms David who feels comfortable around the clichéd gender stereotypes from the Stone Age seemingly prevalent in Cannes infuriate Isabell. As if this wasn’t enough already, a shattering feedback on her new film project by a potential investor finally causes her to doubt herself. Before she can live her dream up at the Olympus of film business, she must first find out who really believes in her.

The Man from Earth

An impromptu goodbye party for Professor John Oldman becomes a mysterious interrogation after the retiring scholar reveals to his colleagues he never ages and has walked the earth for 14,000 years.

Two talented song-and-dance men team up after the war to become one of the hottest acts in show business. In time they befriend and become romantically involved with the beautiful Haynes sisters who comprise a sister act.

The Newton family live in their comfortable home, but there seems to something missing. This "hole" is filled by a small puppy, who walks into their home and their lives. Beethoven, as he is named, grows into a giant of a dog... a St Bernard. Doctor Varnick, the local vet has a secret and horrible sideline, which requires lots of dogs for experiments. Beethoven is on the bad doctor's list.

A demonic leprechaun terrorizes a group of young people whom he believes stole his gold.

The story of Katherine Ann Watson, a feminist teacher who studied at UCLA graduate school and in 1953 left her boyfriend behind in Los Angeles, California to teach at Wellesley College, a conservative women's private liberal arts college in Massachusetts, United States.

When a shy teenager's new-found powers help him score at basketball - and with the popular girls - he has some pretty hairy decisions to make.

Trinity Is Still My Name

The two brothers Trinity and Bambino are exchanged by two federal agents and take advantage of the situation to steal a huge booty hidden in a monastery by a gang of outlaws.

Nick Hume is a mild-mannered executive with a perfect life, until one gruesome night he witnesses something that changes him forever. Transformed by grief, Hume eventually comes to the disturbing conclusion that no length is too great when protecting his family.

There's trouble brewing in Bikini Bottom. Someone has stolen King Neptune's crown, and it looks like Mr. Krab, SpongeBob's boss, is the culprit. Though he's just been passed over for the promotion of his dreams, SpongeBob stands by his boss, and along with his best pal Patrick, sets out on a treacherous mission to Shell City to reclaim the crown and save Mr. Krab's life.

Jay, a failed musician, walked out of his family and now earns a living as head bartender in a trendy London pub. Every Wednesday afternoon a woman comes to his house for graphic, almost wordless, sex. One day Jay follows her and finds out about the rest of her life (and that her name is Claire). This eventually disrupts their relationship.