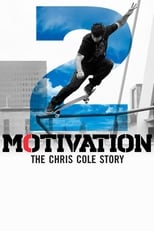 The story of a man that earned his place as an innovator, motivator and legend in skateboarding that now creates inspiration and opportunity for a new generation. Coles progression from humble neighborhood beginnings to the world of elite street skateboarding is revealed through recently discovered archival footage, presenting a skater that went on to achieve the highest amount of skate contest wins, a list of defining video parts, being twice selected as Thrasher magazines Skater of the Year, back-to-back X-Games gold medals, and becoming the 2013 Street League Super Crown World Champion

A psychological thriller about an eight year old boy named Cole Sear who believes he can see into the world of the dead. A child psychologist named Malcolm Crowe comes to Cole to help him deal with his problem, learning that he really can see ghosts of dead people.
Movie Star Rating : 7.8  Read More

Rebellious Jake Tyler is lured into an ultimate underground fight Scene at his new high school, after receiving threats to the safety of his friends and family Jake decides to seek the mentoring of a veteran fighter who trains him for one final no-holds-barred elimination fight with his nemesis and local martial arts champion Ryan McCarthy.
Movie Star Rating : 6.5  Read More

After spending eight months in a mental institution, a former teacher moves back in with his parents and tries to reconcile with his ex-wife.
Movie Star Rating : 7  Read More

In the year 2035, convict James Cole reluctantly volunteers to be sent back in time to discover the origin of a deadly virus that wiped out nearly all of the earth's population and forced the survivors into underground communities. But when Cole is mistakenly sent to 1990 instead of 1996, he's arrested and locked up in a mental hospital. There he meets psychiatrist Dr. Kathryn Railly, and patient Jeffrey Goines, the son of a famous virus expert, who may hold the key to the mysterious rogue group, the Army of the 12 Monkeys, thought to be responsible for unleashing the killer disease.
Movie Star Rating : 7.5  Read More

Life for former United Nations investigator Gerry Lane and his family seems content. Suddenly, the world is plagued by a mysterious infection turning whole human populations into rampaging mindless zombies. After barely escaping the chaos, Lane is persuaded to go on a mission to investigate this disease. What follows is a perilous trek around the world where Lane must brave horrific dangers and long odds to find answers before human civilization falls.
Movie Star Rating : 6.7  Read More

No one would take his case until one man was willing to take on the system. Two competing lawyers join forces to sue a prestigious law firm for AIDS discrimination. As their unlikely friendship develops their courage overcomes the prejudice and corruption of their powerful adversaries.
Movie Star Rating : 7.6  Read More

When world heavyweight boxing champion, Apollo Creed wants to give an unknown fighter a shot at the title as a publicity stunt, his handlers choose palooka Rocky Balboa, an uneducated collector for a Philadelphia loan shark. Rocky teams up with trainer Mickey Goldmill to make the most of this once in a lifetime break.
Movie Star Rating : 7.6  Read More

Back to the Future Part II

Marty and Doc are at it again in this wacky sequel to the 1985 blockbuster as the time-traveling duo head to 2015 to nip some McFly family woes in the bud. But things go awry thanks to bully Biff Tannen and a pesky sports almanac. In a last-ditch attempt to set things straight, Marty finds himself bound for 1955 and face to face with his teenage parents - again.
Movie Star Rating : 7.5  Read More

A lifetime of taking shots has ended Rocky's career, and a crooked accountant has left him broke. Inspired by the memory of his trainer, however, Rocky finds glory in training and takes on an up-and-coming boxer.
Movie Star Rating : 5.3  Read More