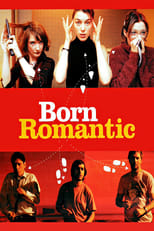 In modern-day London, three men (Craig Ferguson, Jimi Mistry and David Morrissey) and three women (Olivia Williams, Jane Horrocks and Catherine McCormack) fall in and out of love and back again, to the Greek-chorus accompaniment of two cab drivers, who engage in an ongoing conversation about sex. A winning romantic comedy, Born Romantic is the second feature by British writer-director David Kane of This Years Love fame.

Max Rockatansky returns as the heroic loner who drives the dusty roads of a postapocalyptic Australian Outback in an unending search for gasoline. Arrayed against him and the other scraggly defendants of a fuel-depot encampment are the bizarre warriors commanded by the charismatic Lord Humungus, a violent leader whose scruples are as barren as the surrounding landscape.
Movie Star Rating : 7.3  Read More

Top London cop, PC Nicholas Angel is good. Too good. To stop the rest of his team from looking bad, he is reassigned to the quiet town of Sandford, paired with simple country cop, and everything seems quiet until two actors are found decapitated. It is addressed as an accident, but Angel isn't going to accept that, especially when more and more people turn up dead.
Movie Star Rating : 7.5  Read More

The discovery of a severed human ear found in a field leads a young man on an investigation related to a beautiful, mysterious nightclub singer and a group of criminals who have kidnapped her child.
Movie Star Rating : 7.6  Read More