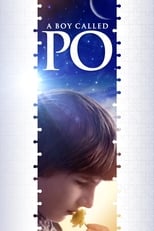 When David Wilsons young wife falls victim to cancer, he is left a single working dad with the sole responsibility of caring for his sixth grade son with autism. Patrick, who prefers to be called Po, is a gifted but challenged child who was very close to his mother and unable to communicate his own sense of loss. As father and son struggle to deal with life after mom, they each begin to withdraw into their own worlds. David into the high pressure job hes close to losing and Po drifting away from the school where hes bullied into his magical fantasy world, the Land of Color, where hes just a typical carefree boy with a rich cast of other worldly companions. The growing divide between father and son and the challenges of single parenthood of a special needs child threaten to separate David and Po permanently. Based on a true story, the bonds of love between a grieving father and son are tested in the most real way in Po.

In 1987, five young men, using brutally honest rhymes and hardcore beats, put their frustration and anger about life in the most dangerous place in America into the most powerful weapon they had: their music. Taking us back to where it all began, Straight Outta Compton tells the true story of how these cultural rebels—armed only with their lyrics, swagger, bravado and raw talent—stood up to the authorities that meant to keep them down and formed the world’s most dangerous group, N.W.A. And as they spoke the truth that no one had before and exposed life in the hood, their voice ignited a social revolution that is still reverberating today.
Movie Star Rating : 7.7  Read More

An epic mosaic of many interrelated characters in search of happiness, forgiveness, and meaning in the San Fernando Valley.
Movie Star Rating : 7.5  Read More

The Tree of Life

The impressionistic story of a Texas family in the 1950s. The film follows the life journey of the eldest son, Jack, through the innocence of childhood to his disillusioned adult years as he tries to reconcile a complicated relationship with his father. Jack finds himself a lost soul in the modern world, seeking answers to the origins and meaning of life while questioning the existence of faith.
Movie Star Rating : 6.5  Read More

Inspired by a true story, a comedy centered on a 27-year-old guy who learns of his cancer diagnosis, and his subsequent struggle to beat the disease.
Movie Star Rating : 7  Read More

A recently slain cop joins a team of undead police officers working for the Rest in Peace Department and tries to find the man who murdered him. Based on the comic by Peter M. Lenkov.
Movie Star Rating : 5.4  Read More

A young boy who tries to set his dad up on a date after the death of his mother. He calls into a radio station to talk about his dad’s loneliness which soon leads the dad into meeting a Journalist Annie who flies to Seattle to write a story about the boy and his dad. Yet Annie ends up with more than just a story in this popular romantic comedy.
Movie Star Rating : 6.5  Read More

Estranged twins Maggie and Milo coincidentally cheat death on the same day, prompting them to reunite and confront the reasons their lives went so wrong. As the twins' reunion reinvigorates them, they realize the key to fixing their lives may just lie in repairing their relationship.
Movie Star Rating : 6.7  Read More

A boy imagines a monster that helps him deal with his difficult life and see the world in a different way.
Movie Star Rating : 6.9  Read More

Throughout his life Edward Bloom has always been a man of big appetites, enormous passions and tall tales. In his later years, he remains a huge mystery to his son, William. Now, to get to know the real man, Will begins piecing together a true picture of his father from flashbacks of his amazing adventures.
Movie Star Rating : 7.7  Read More

After getting a green card in exchange for assassinating a Cuban government official, Tony Montana stakes a claim on the drug trade in Miami. Viciously murdering anyone who stands in his way, Tony eventually becomes the biggest drug lord in the state, controlling nearly all the cocaine that comes through Miami. But increased pressure from the police, wars with Colombian drug cartels and his own drug-fueled paranoia serve to fuel the flames of his eventual downfall.
Movie Star Rating : 8  Read More