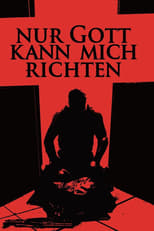 Only God Can Judge Me

Ricky spent years behind bars after taking the rap for his brother Rafael and his buddy Latif after a failed robbery. Now, Latif wants to express gratitude by letting Ricky in on a coup that will bring lots of money. After some hesitation, Ricky agrees, and gets his brother Rafael on board. Everything runs smoothly, until police officer Diana turns up on the scene. A nerve-wracking cat and mouse game is set in motion. Director Özgür Yildirim’s most recent film offers insight into Frankfurt’s gangster world. As before in CHIKO – which also starred Moritz Bleibtreu – he portrays the daily life of the criminal underground scene in a large German city.

Similar Movies to Only God Can Judge Me