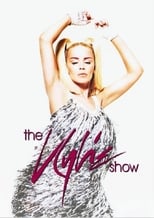 The Kylie Show is a one-off television special from Australian artist Kylie Minogue that aired on ITV on 10 November 2007 and was recorded at The London Studios. The show celebrated her 20 years in pop music and acted as promotion for the release of her tenth studio album, X.

Similar Movies to The Kylie Show