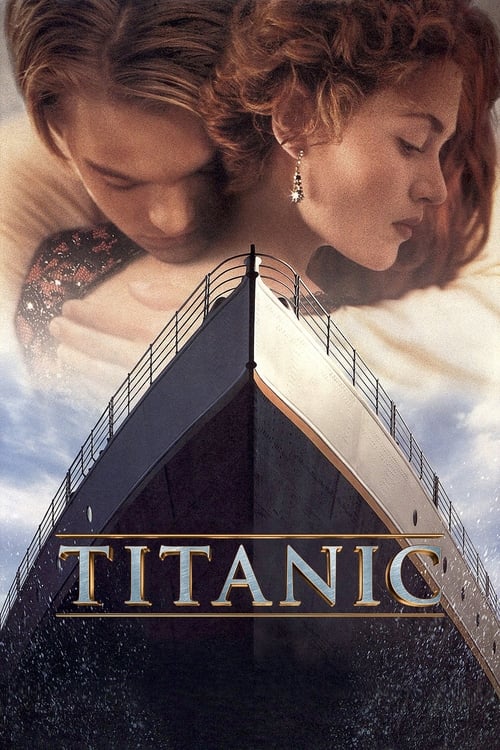 Tagline : Nothing on Earth could come between them.

Plot : 101-year-old Rose DeWitt Bukater tells the story of her life aboard the Titanic, 84 years later. A young Rose boards the ship with her mother and fiancé. Meanwhile, Jack Dawson and Fabrizio De Rossi win third-class tickets aboard the ship. Rose tells the whole story from Titanic's departure through to its death—on its first and last voyage—on April 15, 1912. 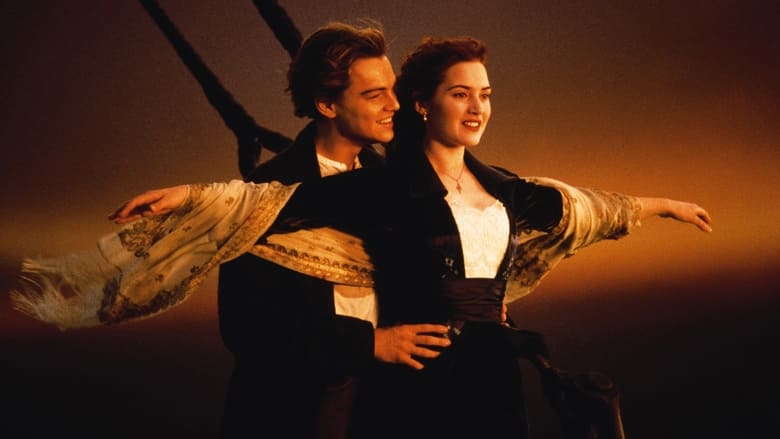 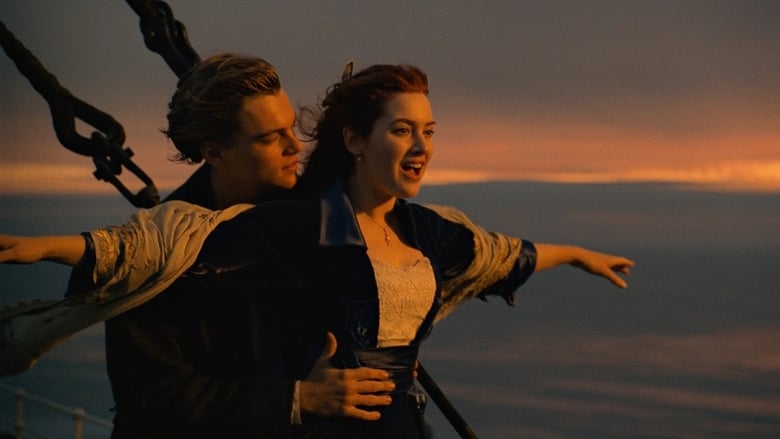 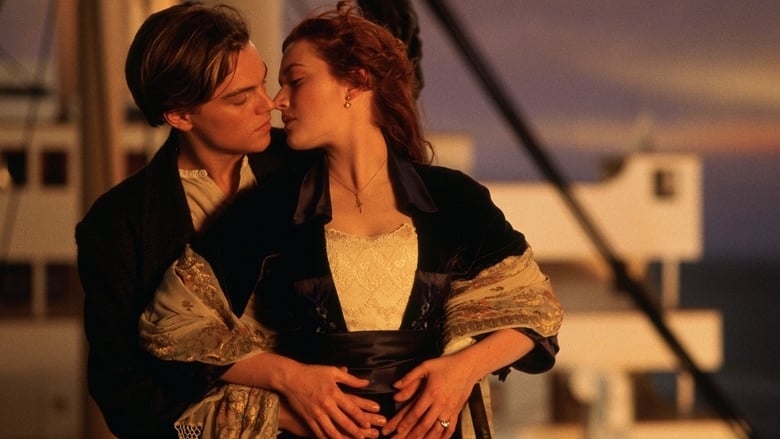 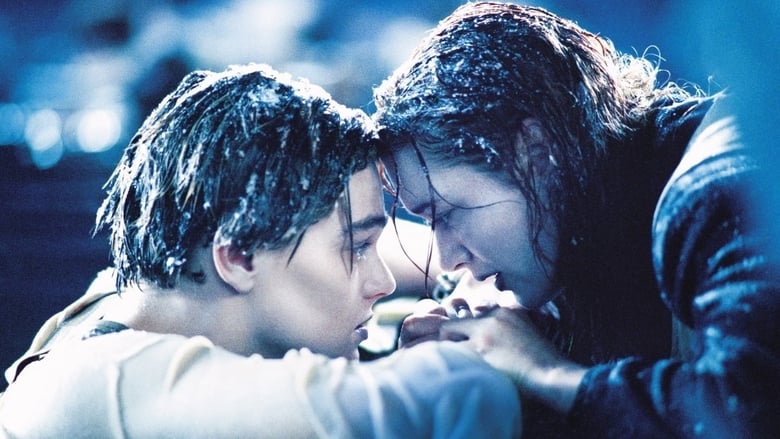 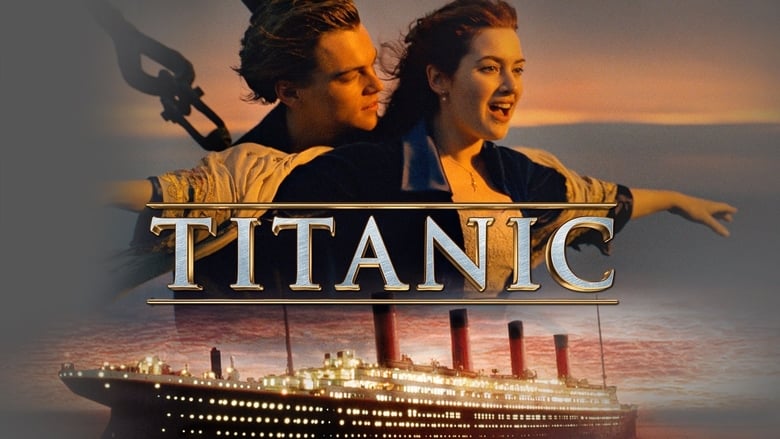 Beautiful Romance - Tragedy Unbound. It has kind of become the popular thing to kick Titanic, the film and its achievements. It's like the love it garnered on release and the colossal waves it made in the history of cinema, never happened, or as some want you to believe, doesn't matter. I can tell you now that many of my macho fuelled friends will privately, under the influence of liquid refreshments, admit to having affection for the film, but socially in a circle environment? Not a bit of it! I have no such problems admitting my love for the film, I love it as much now as I approach 50, as I did when I sat there in awe at the cinema in 1997. You jump - I jump. Titanic is far from flawless, where even now with the advancements in technology the effects over 15 years later look a touch creaky. While it's true as well that away from Rose and Jack the characterisations are thin on the ground. But this is Rose and Jack's story, fully fleshed out for an hour and half and then framed by the terrible tragedy that unfolds for the next hour and half. The tie-in to the present day is superbly constructed by James Cameron - the search for the diamond - the real life filming of the Titanic wreckage - and the flashback telling of the story by a delightful Gloria Stuart as old Rose, and the sinking of the ship and its aftermath is stunning and heart breaking in equal measure. Never let go. So may scenes and dialogue exchanges stay in the memory for ever. The band playing on, the captain awaiting his fate, the mother ushering her children to sleep before the sea comes to take them, the old boy drinking his brandy as the water rushes in, or just Jack and Rose, polar opposites in society's class structure, making love, making art or just professing that neither will ever let go. It's what makes Titanic the wonderful piece of cinema it is, where beauty and tragedy merge to create something forever memorable. A film that deserved all the accolades and cash till ringing that it once did have. 9/10

Set around the ill-fated maiden voyage of the RMS "Titanic", this is essentially a film in two parts. The first, weaker, element features a young "Dawson" (Leonardo DiCaprio) who wins a third class ticket to New York on the soon to depart liner. Meantime, the wealthy but unhappy "Rose" (Kate Winslet) is up in the posh cabins with her cold and unfeeling fiancée "Hockley" (Billy Zane) and her equally unpleasant, venally ambitious mother "Ruth" (Frances Fisher). Desperately unhappy, "Rose" considers jumping off the prow of the boat, but luckily the charming young "Dawson" is on hand to talk her down, and so begins their friendship that causes much chagrin amongst her socially elite companions. That friendship culminates in him making a rather provocative drawing of her, the final straw for her boyfriend and his enforcer "Lovejoy" (David Warner). It all looks ominous for both until - part two begins. The ship, speeding along nicely under the command of Bernard Hill's Captain Smith clips the underwater part of an iceberg and now history takes over. James Cameron offers us a purely speculative account of what might have happened as the initially incredulous crew start to realise that maybe it is not just Molly Brown (an excellent Kathy Bates) that's unsinkable! What now ensues are a series of well staged scenarios depicting panic, fear, a fair degree of selfishness and some proper stiff upper lips as the ship has be evacuated and the segregation of the passengers and competencies of the crew start to become life threatening. The visual effects have dated, the smoke from the ship's funnels blows in an strangely symmetrical fashion and the later scenes struggle to convince - but this is really a rather tragic love story with a strong chemistry between the engaging two characters at the top of the bill, and an effective performance from the older "Rose" (Gloria Stewart) who takes on the role of narrator 80 years after the disaster. I still find it uncomfortable to watch the actuality of the wreck, which features occasionally throughout the film - I feel like I am quite literally walking through someone's grave; but it does lend a potent hook upon which this lengthy, but well thought out and constructed drama is presented. Criticisms have been made of it's factual inaccuracies, and it may well play a bit fast and loose with some of the real characterisations - but it's a drama, and to be enjoyed has to be appreciated in that sphere. Big screen is a must, it really does lose a great deal on a television.

Story of a young woman who marries a fascinating widower only to find out that she must live in the shadow of his former wife, Rebecca, who died mysteriously several years earlier. The young wife must come to grips with the terrible secret of her handsome, cold husband, Max De Winter. She must also deal with the jealous, obsessed Mrs. Danvers, the housekeeper, who will not accept her as the mistress of the house.
Movie Star Rating : 7.9  Read More