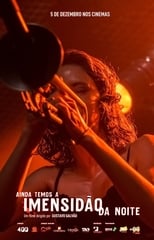 Karen sings and plays the trumpet in a vigorous rock band in Brasilia, but no one there is interested in it. At 27, she has lost hope in the city her grandfather helped to build. She follows in the footsteps of her ex-partner in the band, Artur, and tries her luck in Berlin. An unexpected incident forces Karen to start over in Brasilia later. Now she must understand her role in a place where there is still much to be built.

Below Deck Sailing Yacht - (May 26th)