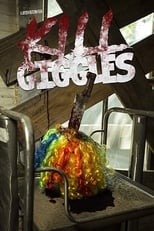 Tommy dos Santos wasnt born a psychopath, nor was he made into a sociopath. He was something entirely new, and he was walking his own path - a path that will run red with the blood of the foulest most fiendishly frightening creatures ever conceived by man! No longer do they have the starring role in our nightmares, it is now the clowns who are the prey, running for their lives from a killer who wont stop until every single one of them is dead. As Tommys body count rises, he finds himself getting closer and closer to what he thought was a ghost, the once great clown king known as "Giggles," and wonders - if laughter cant die, how about Giggles?