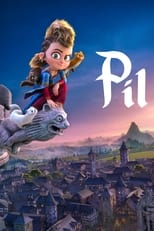 The Adventures of Pil

Pil, a little vagabond girl, lives on the streets of the medieval city of Roc-en-Brume, along with her three tame weasels. She survives of food stolen from the castle of the sinister Regent Tristain. One day, to escape his guards, Pil disguises herself as a princess. Thus she embarks upon a mad, delirious adventure, together with Crobar, a big clumsy guard who thinks shes a noble, and Rigolin, a young crackpot jester. Pil is going to have to save Roland, rightful heir to the throne under the curse of a spell. This adventure will turn the entire kingdom upside down, and teach Pil that nobility can be found in all of us. 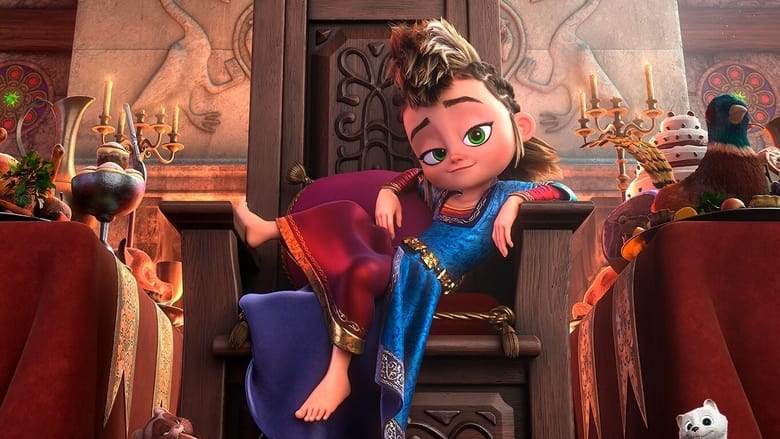 Similar Movies to The Adventures of Pil

Op and Ed, two adorable donut-shaped animals - flummels - accidentally time-travel from 1835 to modern-day Shanghai. There they discover traffic, trans fats, and worst of all, that flummels are now extinct. It's up to this bumbling pair to save themselves and their species...and, just maybe, change the course of history.
Movie Star Rating : 6.327  Read More

Shirou Emiya finds himself an unwilling participant in a deadly competition where seven Mages summon heroic spirits as servants to duel each other to the death. They compete for the chance to make a wish from the Holy Grail, which has the power to grant any wish. Shirou is unskilled as a mage and knows nothing of the Holy Grail War, but he and his servant, Saber, enter into a temporary partnership with another Mage, Rin Tohsaka. However, problems arise between Shirou and Rin's servant, Archer, who seems to seriously despise him.
Movie Star Rating : 6.974  Read More

One Piece: Choppers Kingdom on the Island of Strange Animals

As the Straw Hat Pirates sail through the Grand Line.A line of geysers erupted from under the Going Merry. And the whole crew find themselves flying over the island. Unfortunatly, Chopper fell off the ship and was separated from his friends. Luffy and the others landed on the other side of the island. Chopper meanwhile finds himself being worshiped as the island's new king by the animals. To make matters worse, a trio of human "horn" hunters are on the island. The leader, Count Butler is a violin playing/horn eating human who wants to eat the island's treasure to inherit immense power. Will Luffy & the rest be able to prevent the count from terrorizing the island? And will they be able to convince Momambi that not all pirates are bad?
Movie Star Rating : 6.5  Read More

Desperate for cash, the Straw Hat Pirates enter a secret race between pirate crews known as the Dead End Competition. There, they must battle against powerful people, including the bounty hunter who wants to kill Gasparde and a climatic battle with Marine-turned-pirate Captain Gasparde.
Movie Star Rating : 6.885  Read More

One Piece: Baron Omatsuri and the Secret Island

The Straw Hats visit a recreational island, run by Baron Omatsuri, the former captain of a pirate crew, who were all killed years ago. Being the only survivor, he then started hating all close-knit groups of pirates and wishing to separate them. He and his henchmen seed distrust among the Straw Hats and capture them one by one, leaving only Luffy to free his crew from the Baron's hold.
Movie Star Rating : 7.087  Read More

The Straw Hats visits an island, known as Mecha Island, where a fisherman sings an old folk song about a Golden Crown. Searching for that mysterious treasure, they find a hidden entrance into the island. The island's leader, Ratchet, impressed with the find and in search of the Golden Crown himself, invites the crew to join him in his search and the crew along with Ratchet and his henchmen enter the cave. As it turns out, the islands true form, is that of a giant turtle. Ratchet, who had known this all along, uses his mechanical castle to take control of the turtle, in order to use it, to take over the world. Now the Straw Hats have to stop not only Ratchet, but also the helpless turtle, from crashing into a nearby island.
Movie Star Rating : 7.077  Read More

One Piece: Episode of Chopper Plus: Bloom in the Winter, Miracle Cherry Blossom

It is the second film to focus on Chopper, as it is a retelling of the Drum Island storyline from the manga. It features Franky, Nico Robin, and the Thousand Sunny, who weren't present in the original version.
Movie Star Rating : 7  Read More

After the bloody battle against Hades, the goddess Athena and her saints are still recovering when they find themselves face to face with their newest and most formidable foe: the dreadful moon goddess Artemis. Artemis replaces Athena as the earth guardian deity and takes over the Sanctuary, turning Athena's Saints into her servants. Upon invading the Sanctuary, the Bronze Saints learn that Athena was banished by Artemis and decide to fight the moon goddess in order to rescue their true goddess and free the Earth from Artemis's ominous control.
Movie Star Rating : 7.633  Read More

A mysterious virus, nicknamed Medusa, is spreading around Japan, turning its victims into stone. Given the impossibility of finding an immediate cure, the government opts for cryopreserving a select group of patients until they come up with a solution. Kasumi, one of the chosen ones, has been asleep for years and her awakening, more than a bed of roses, is a bed of thorns, and happens in the midst of total chaos where monstrous creatures lie in wait all around.
Movie Star Rating : 6.553  Read More

Assigned on a mission to capture Mukade, a missing-nin, Naruto Uzumaki sets out for the once glorious historic ruins of "Ouran", where he pursues and corners the rouge ninja. Mukade's goal is revealed to be a dormant leyline within the ruins; he unleashes the power of the leyline, causing a light to envelop Naruto, sending him into the past, 20 years before the series began. When Naruto awakens, he comes into contact with the Fourth Hokage, Minato Namikaze.
Movie Star Rating : 7.026  Read More