Paradise Road is a 1997 film which tells the story of a group of English, American, Dutch and Australian women who are imprisoned in Sumatra during World War II. It was directed by Bruce Beresford and stars Glenn Close as beatific Adrienne Pargiter, Frances McDormand as the brash Dr. Verstak, Pauline Collins as missionary Margaret Drummond (based on missionary Margaret Dryburgh), Julianna Margulies as American socialite Topsy Merritt, Jennifer Ehle as British doyenne and model Rosemary Leighton Jones, Cate Blanchett as Australian nurse Susan McCarthy and Elizabeth Spriggs as dowager Imogene Roberts. Basing his picture on real events, Bruce Beresford tells the story of a vocal orchestra created by the women in a Japanese P.O.W. camp, a classic survivors tale extolling womens ability to survive hardship and atrocity through perseverance, solidarity and creativity. 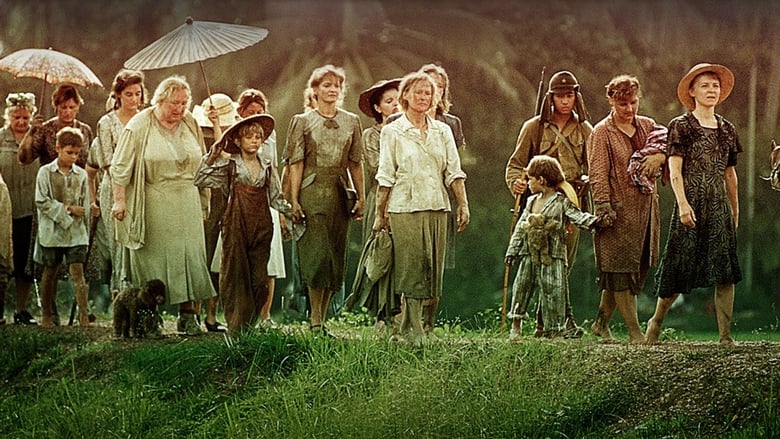 Framed in the 1940s for the double murder of his wife and her lover, upstanding banker Andy Dufresne begins a new life at the Shawshank prison, where he puts his accounting skills to work for an amoral warden. During his long stretch in prison, Dufresne comes to be admired by the other inmates - including an older prisoner named Red - for his integrity and unquenchable sense of hope.
Movie Star Rating : 8.5  Read More

In the year 2022, a ruthless prison warden has created the ultimate solution for his most troublesome and violent inmates: Absolom, a secret jungle island where prisoners are abandoned and left to die. But Marine Captain John Robbins, convicted of murdering a commanding officer, is determined to escape the island in order to reveal the truth behind his murderous actions and clear his name.
Movie Star Rating : 6  Read More

Escape from Alcatraz tells the story of the only three men ever to escape from the infamous maximum security prison at Alcatraz. In 29 years, the seemingly impenetrable federal penitentiary, which housed Al Capone and "Birdman" Robert Stroud, was only broken once - by three men never heard of again.
Movie Star Rating : 7.3  Read More

Ray Breslin is the world's foremost authority on structural security. After analyzing every high security prison and learning a vast array of survival skills so he can design escape-proof prisons, his skills are put to the test. He's framed and incarcerated in a master prison he designed himself. He needs to escape and find the person who put him behind bars.
Movie Star Rating : 6.7  Read More

When former Green Beret John Rambo is harassed by local law enforcement and arrested for vagrancy, the Vietnam vet snaps, runs for the hills and rat-a-tat-tats his way into the action-movie hall of fame. Hounded by a relentless sheriff, Rambo employs heavy-handed guerilla tactics to shake the cops off his tail.
Movie Star Rating : 7.2  Read More

The filmed adaptation from David Benioff's novel of the same name. Set in New York, a convicted drug dealer named Monty has one day left of freedom before he is sent to prison. Anger, blame, frustration, betrayal, guilt and loneliness are themes on this last day of friends, family, parties, saying goodbye, and setting things straight. A Spike Lee joint.
Movie Star Rating : 7.2  Read More

When the government puts all its rotten criminal eggs in one airborne basket, it's asking for trouble. Before you can say, "Pass the barf bag," the crooks control the plane, led by creepy Cyrus "The Virus" Grissom. Watching his every move is the just-released Cameron Poe, who'd rather reunite with his family.
Movie Star Rating : 6.6  Read More

James Bond helps a Russian General escape into the west. He soon finds out that the KGB wants to kill him for helping the General. A little while later the General is kidnapped from the Secret Service leading 007 to be suspicious.
Movie Star Rating : 6.3  Read More

Ray Owens is sheriff of the quiet US border town of Sommerton Junction after leaving the LAPD following a bungled operation. Following his escape from the FBI, a notorious drug baron, his gang, and a hostage are heading toward Sommerton Junction where the police are preparing to make a last stand to intercept them before they cross the border. Owens is reluctant to become involved but ultimately joins in with the law enforcement efforts
Movie Star Rating : 5.8  Read More