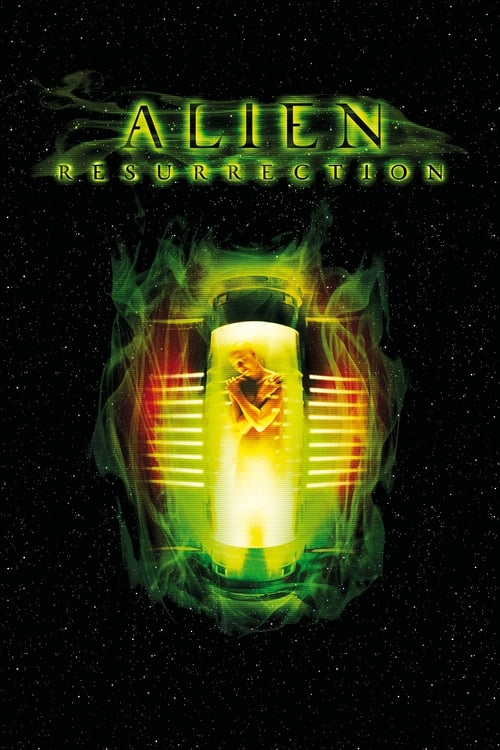 Tagline : It's already too late.

Plot : Two hundred years after Lt. Ripley died, a group of scientists clone her, hoping to breed the ultimate weapon. But the new Ripley is full of surprises … as are the new aliens. Ripley must team with a band of smugglers to keep the creatures from reaching Earth. 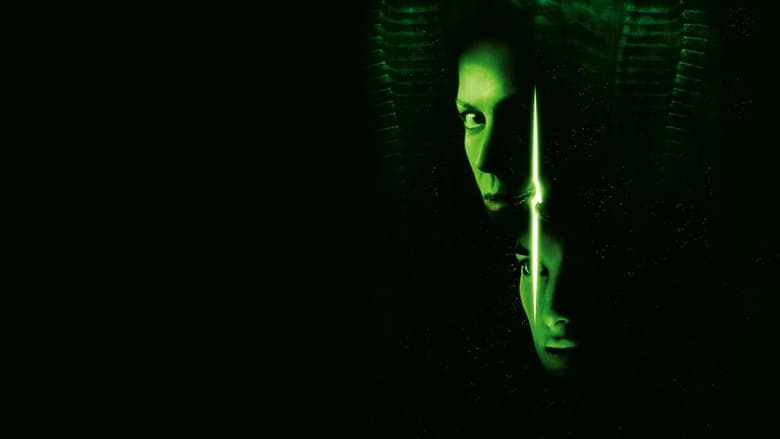 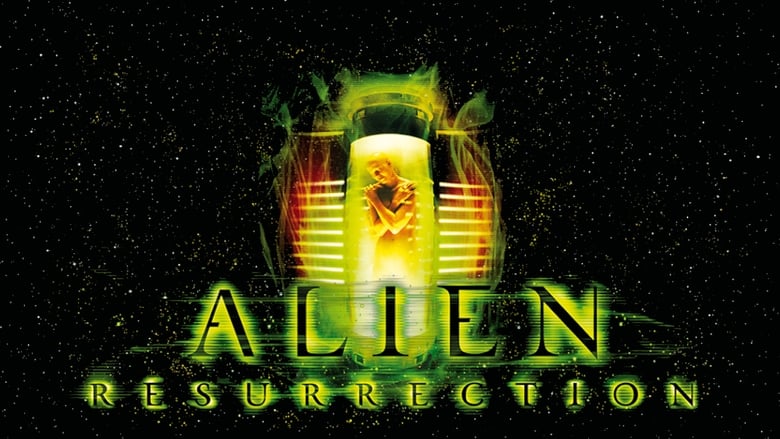 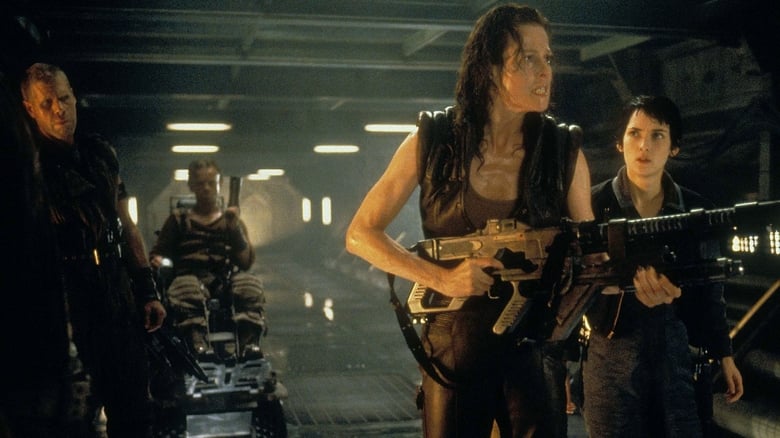 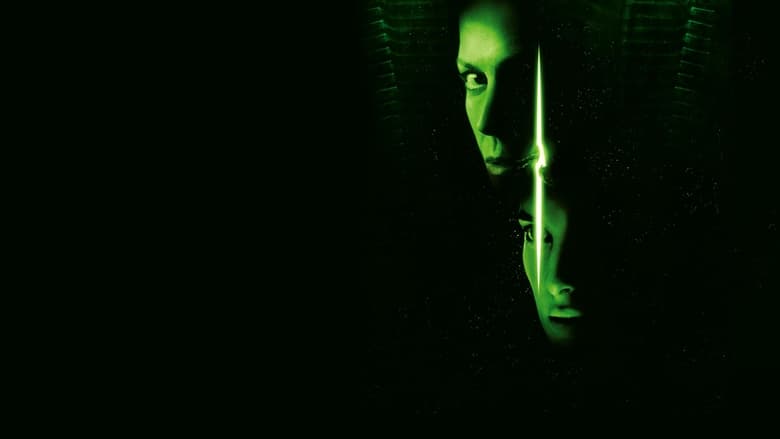 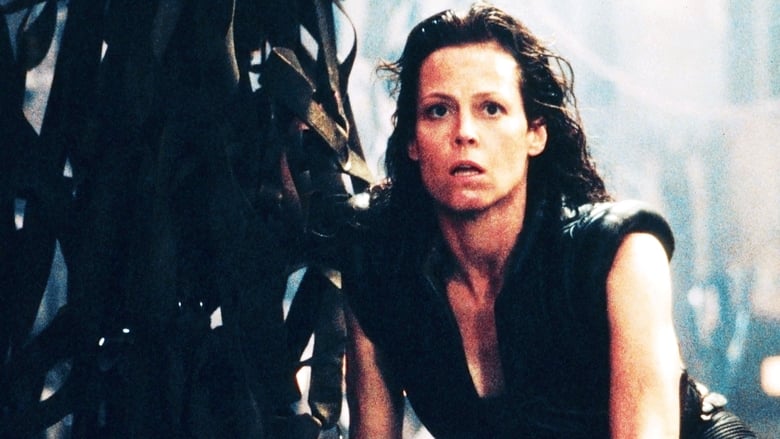 Let sleeping dogs lie? Directed by Jean-Pierre Jeunet, the makers here basically stick safe to the formula of the series. This time it's a space station with space pirates and a cloned Ripley (Siggy Weaver of course) - yes! A cloned Ripley, only this time she's devoid of human compassion - kind of... The gore quota is significantly upped, which makes for some serious sci-fi terror, and some of the imagery crafted is outstanding (a clone lab sequence is shatteringly unforgettable). A tip top cast featuring Ron Perlman, Michael Wincott, Brad Dourif, Dan Hedaya and Winona Ryder, all give good shows, whilst the photography (Darius Khondji/Se7en) and art design (Steve Cooper, Andrew Neskoromny and John M. Dwyer) takes the breath away. Yet come the final straight it loses its way, sinking into a mire of over confidence, topped by a crown of thorns involving an albino baby alien hybrid. Shame that. 6.5/10

A pretty average movie, specially compared to the previous installments in the Alien franchise (even Alien 3). The plot sometimes gets very confusing and none of the characters are memorable. Some of them are even rather cartoonish. The movie seems like a cheat attempt at cash crab, by using a known franchise. I would recommend watching if you are a fan or are looking for a mediocre action/horror movie to watch with friends.

_**A combo of the first three with a couple fresh ideas**_ Two hundred years after Ripley’s death in the previous film (Sigourney Weaver), she wakes up as a clone in a space station, which also serves as a colossal vessel. Scientists there are experimenting with xenomorph/human eugenics to create, I guess, the ultimate living weapon. Meanwhile a ship of smugglers visits the station when (big surprise) the aliens escape captivity. Winona Ryder and Ron Perlman play space pirates while Dominique Pinon and Michael Wincott are leaders at the station. Brad Dourif is on hand as a scientist. "Alien Resurrection" (1997) is the fourth film in the series and combines elements of the previous three while throwing in a couple of new things. The diverse cast is great but I started to get bored by the end of the first act. Thankfully, the movie perks up with an outstanding underwater sequence that recalls “The Poseidon Adventure” (1972), albeit more amped up. The peripheral cast is highlighted by the voluptuous Kim Flowers as Hillard and the formidable Gary Dourdan as Christie. But you just know they’re the equivalent of red shirts in Star Trek. If you’ve seen the first three entries, there’s no pressing reason to see this one. It has a been-there-done-that vibe. However, if you appreciate those films and want more of the same with a new cast, “Alien Resurrection” is well done for what it is, proficient sci-fi/horror. Armchair critics have been too hard on it. While it lacks the mystery of the first movie and the suspense & utter horror of the second, it has more pizazz than the relatively subdued third installment. The film runs 1 hour, 48 minutes. GRADE: B-/B

Super fun! I wasn't expecting 'Alien Resurrection' to come out better than 'Alien³'. Sure, this 1997 flick isn't as great as 'Alien' and 'Aliens' but I honestly wouldn't put it that far off. I really enjoyed it, cracking action coupled with a great cast. Sigourney Weaver as Ellen Ripley is a pleasure as always, meanwhile this is the most I enjoyed a support cast from the franchise. Winona Ryder, Ron Perlman, Brad Dourif, Raymond Cruz, Gary Dourdan and Michael Wincott all have positive moments. Not the franchise's best, yet arguably its most entertaining. ¯\_(ツ)_/¯

At the end of the last film, we see "Ripley" (Sigourney Weaver) fall headline into a vat of what looks like molten lava, clutching her newborn - determined that neither shall survive. Well, luckily for all concerned, technology roars ahead and 200 years afterwards we have somehow managed to clone her - and her baby. Military plans for the killer beasties are the reason, but as we all know by now - nature finds a way, and after some dodgy DNA sequencing, they face an enemy that presents a terrifying hybrid of alien and human that could threaten Earth itself. It is up to her, whom the aliens still think is one of then, and a disparate bunch of space pirates to try to thwart the creatures - and to survive! This offers quite a shocking indictment of just how state-sponsored science, coupled with militaristic aspirations can lead to some hideous creations but aside from that rather obvious moral imperative, the rest of this is pretty routine. There is no shock left for us to feel; we have seen it all before and just like last time, the folks getting gobbled up are largely deserving of their fates. Winona Ryder's ("Call") adds a little quirkiness to the plot later on, but otherwise this is all just completely forgettable, churned out sci-fi that, though quite quickly paced and complete with some great special effects, offers nothing new.