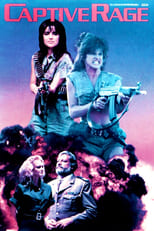 A life for a life.

When the DEA director arrests the drug-dealing son of a South American general and cocaine baron, the dictator orders a plane of college students, among them the DEA directors daughter, to be hijacked and flown to his country, where he holds them under threat of torture and death unless his son is released within 72 hours.