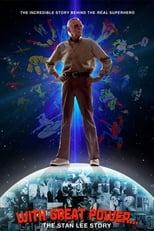 The Incredible Story Behind the REAL Supehero

At 89 years old, Stan Lees name appears on more than one BILLION comics in 75 countries in 25 languages. Arguably the most recognized name in comics, Stan Lee has co-created over 500 legendary pop culture characters including Spider-Man, Fantastic Four, X-Men, Iron Man, Thor and The Hulk. Stan continues to create new material and entertain fans of all ages with fantastic stories and characters in all areas of entertainment. With Great Power: the Stan Lee Story, explores the vivid life and imagination of Stan Lee, from the early days of his Depression-era upbringing through the Marvel Age of Comics and beyond! The film uncovers original transcripts, illustrations, photographs and stories of Lees fascinating journey from his early years at Timely Comics and World War Two, the comic book industrys censorship battle of the 1950s led by Dr. Fredric Wertham, the dawn of Marvel Comics and the legendary characters Stan co-created, to his current company POW! Entertainment. 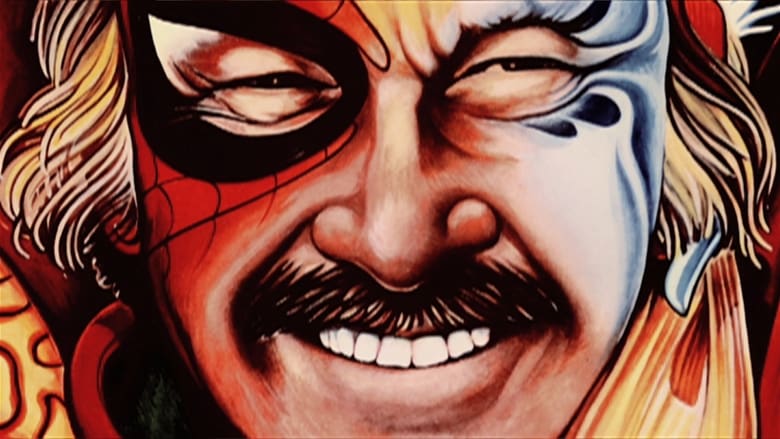 Similar Movies to With Great Power: The Stan Lee Story

Wisecracking mercenary Deadpool battles the evil and powerful Cable and other bad guys to save a boy's life.
Movie Star Rating : 7.5  Read More

With the world now aware of his dual life as the armored superhero Iron Man, billionaire inventor Tony Stark faces pressure from the government, the press and the public to share his technology with the military. Unwilling to let go of his invention, Stark, with Pepper Potts and James 'Rhodey' Rhodes at his side, must forge new alliances – and confront powerful enemies.
Movie Star Rating : 6.8  Read More

During World War II, Steve Rogers is a sickly man from Brooklyn who's transformed into super-soldier Captain America to aid in the war effort. Rogers must stop the Red Skull – Adolf Hitler's ruthless head of weaponry, and the leader of an organization that intends to use a mysterious device of untold powers for world domination.
Movie Star Rating : 6.9  Read More

When Tony Stark's world is torn apart by a formidable terrorist called the Mandarin, he starts an odyssey of rebuilding and retribution.
Movie Star Rating : 6.9  Read More

The story follows Carol Danvers as she becomes one of the universe’s most powerful heroes when Earth is caught in the middle of a galactic war between two alien races. Set in the 1990s, Captain Marvel is an all-new adventure from a previously unseen period in the history of the Marvel Cinematic Universe.
Movie Star Rating : 7  Read More

When Blade's mother was bitten by a vampire during pregnancy, she did not know that she gave her son a special gift while dying—all the good vampire attributes in combination with the best human skills. Blade and his mentor battle an evil vampire rebel who plans to take over the outdated vampire council, capture Blade and resurrect a voracious blood god.
Movie Star Rating : 6.7  Read More