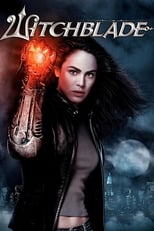 Witchblade is an American television series that aired on TNT from 2001 to 2002. The series is based on the Witchblade comic book series, and followed a pilot film which debuted in August 2000. Some of the episodes were written by Ralph Hemecker, Marc Silvestri and J.D. Zeik. Yancy Butler starred as Sara Pezzini, Anthony Cistaro as Kenneth Irons, David Chokachi as Jake McCartey, Eric Etebari as Ian Nottingham, Will Yun Lee as Danny Woo, Conrad Dunn as Tommy Gallo, Kenneth Welsh as Joe Siri, and John Hensley as Gabriel Bowman, among others. Although critically acclaimed and popular with audiences, the show was canceled in September 2002; there was speculation that the cancellation was connected to Butlers entering rehab for alcoholism. The series ran for two seasons on TNT, for a total of 24 episodes. The first episode aired June 12, 2001; the last episode aired August 26, 2002. In spite of its cancellation, Witchblade was ranked seventh in the Top 10 Basic Cable Dramas for 2002. According to Top Cow editor Matt Hawkins the Witchblade TV series was cancelled because the lead actress Yancy Butler was an alcoholic and went into rehab – it was and remains the highest rated TV series to be cancelled. 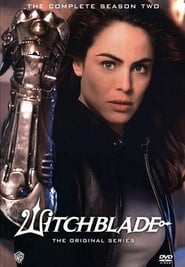 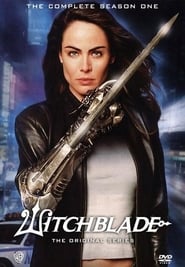 After saving the life of the President, two secret service agents - Myka Bering and Pete Lattimer - find themselves assigned to the top secret Warehouse 13. The Warehouse is a massive, top secret facility that houses dangerous and fantastical objects. Together, Pete and Myka along with fellow agents Claudia, Steve Jinks and Warehouse caretaker Artie, must recover artifacts from around the globe before they can cause catastrophic damage.
TV Show Star Rating : 7.6  Read More

The Teenage Mutant Ninja Turtles are back in an all-new animated series on Nickelodeon! Surfacing topside for the first time on their fifteenth birthday, the titular turtles, Leonardo, Michelangelo, Raphael and Donatello, find that life out of the sewers isn't exactly what they thought it would be. Now the turtles must work together as a team to take on new enemies that arise to take over New York City.
TV Show Star Rating : 8.1  Read More

In the criminal justice system, sexually-based offenses are considered especially heinous. In New York City, the dedicated detectives who investigate these vicious felonies are members of an elite squad known as the Special Victims Unit. These are their stories.
TV Show Star Rating : 7.4  Read More

Mary Beth Lacey and Chris Cagney are teamed up as NYPD police detectives. Their opposing personalities (one is tough and the other sensitive) mesh to make this one of the great crime-fighting duos of all time.
TV Show Star Rating : 7.4  Read More

Kevin Corcoran is a rugged young Irish immigrant policeman trying to keep the peace in the historical Five Points neighborhood in 1860s New York City while searching for information on the disappearance of his wife and death of his daughter.
TV Show Star Rating : 6.6  Read More