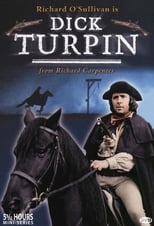 Dick Turpin is a British television drama series starring Richard OSullivan and Michael Deeks. It was created by Richard Carpenter, Paul Knight and Sydney Cole and written by Richard Carpenter, John Kane, Charles Crichton and Paul Wheeler, it was made by Gatetarn, Seacastle productions in-association with London Weekend Television between 1978 and 1980. 26 half hour episodes and one feature length episode were filmed on location at Maidenhead in Berkshire, England. The series is loosely based on the adventures of the real 18th century highwayman Dick Turpin. 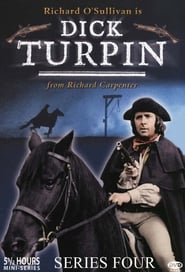 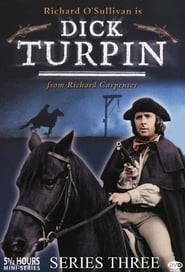 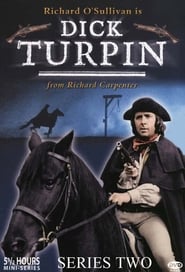 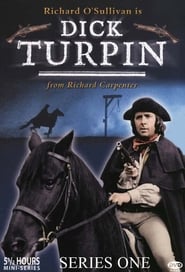 The story of Claire Randall, a married combat nurse from 1945 who is mysteriously swept back in time to 1743, where she is immediately thrown into an unknown world where her life is threatened. When she is forced to marry Jamie, a chivalrous and romantic young Scottish warrior, a passionate affair is ignited that tears Claire's heart between two vastly different men in two irreconcilable lives.
TV Show Star Rating : 7.8  Read More

A genre-bending, anti-historical ride through 18th century Russia following the rise of Catherine the Nothing to Catherine the Great and her explosive relationship with husband Peter, the emperor of Russia.
TV Show Star Rating : 8.4  Read More

The chaotic and violent struggle to control wealth and power in the North American fur trade in late 18th century Canada. Told from multiple perspectives, Frontier takes place in a world where business negotiations might be resolved with close-quarter hatchet fights, and where delicate relations between native tribes and Europeans can spark bloody conflicts.
TV Show Star Rating : 6.5  Read More

It's 1715 on the Bahamian island of New Providence, the first functioning democracy in the Americas, where the diabolical pirate Edward Teach, a.k.a. Blackbeard, reigns over a rogue nation of thieves, outlaws and miscreant sailors. Part shantytown, part marauder's paradise, this is a place like no other on earth - and a mounting threat to international commerce. To gain control of this fearsome society, Tom Lowe, a highly skilled undercover assassin, is sent to the buccaneers' haven to take down the brilliant and charismatic Blackbeard. But the closer Lowe gets, the more he finds that his quest is not so simple. Lowe can't help but admire the political ideals of Blackbeard, whose thirst for knowledge knows no bounds - and no law. But Lowe is not the only danger to Blackbeard's rule. He is a man with many villainous rivals and one great weakness - a passionately driven woman whom he cannot deny.
TV Show Star Rating : 6.2  Read More

Britain is in the grip of a chilling recession... falling wages, rising prices, civil unrest - only the bankers are smiling. It's 1783 and Ross Poldark returns from the American War of Independence to his beloved Cornwall to find his world in ruins: his father dead, the family mine long since closed, his house wrecked and his sweetheart pledged to marry his cousin. But Ross finds that hope and love can be found when you are least expecting it in the wild but beautiful Cornish landscape.
TV Show Star Rating : 7.8  Read More

Thieves of the Wood

The story of New York farmer, Abe Woodhull, who bands together with a group of childhood friends to form The Culper Ring, an unlikely group of spies who turn the tide in America’s fight for independence.
TV Show Star Rating : 7.2  Read More

Daniel Boone is an American action-adventure television series starring Fess Parker as Daniel Boone that aired from September 24, 1964 to September 10, 1970 on NBC for 165 episodes, and was made by 20th Century Fox Television. Ed Ames co-starred as Mingo, Boone's Cherokee friend, for the first four seasons of the series. Albert Salmi portrayed Boone's companion Yadkin in season one only. Dallas McKennon portrayed innkeeper Cincinnatus. Country Western singer-actor Jimmy Dean was a featured actor as Josh Clements during the 1968–1970 seasons. Actor and former NFL football player Rosey Grier made regular appearances as Gabe Cooper in the 1969 to 1970 season. The show was broadcast "in living color" beginning in fall 1965, the second season, and was shot entirely in California and Kanab, Utah.
TV Show Star Rating : 6.9  Read More