Im Alan Partridge is a BBC situation comedy starring Steve Coogan, of which two series of six episodes each were produced — the first in 1997 and the second in 2002. The series followed the titular Alan Partridge, a failed television presenter whose previous exploits had featured in the chat-show parody Knowing Me, Knowing You with Alan Partridge, and who is now presenting a programme on local radio in Norwich. Both series were written by Peter Baynham, Coogan and Armando Iannucci; supporting Coogan were Felicity Montagu as his faithful, mouse-like personal assistant, Lynn Benfield; Simon Greenall as Geordie Travel Tavern handyman/BP garage attendant Michael; and Phil Cornwell as disc jockey Dave Clifton. It has been well received by both critics and fans, and was nominated for three BAFTAs, two British Comedy Award, and a Royal Television Society award. 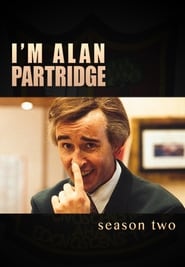 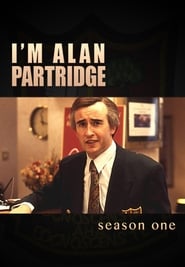 Keeping Up Appearances is a British sitcom created and written by Roy Clarke for the BBC. Centred on the life of eccentric, social-climbing snob Hyacinth Bucket, the sitcom follows her obsessive and determined attempts to impress in middle class society and portray herself as more affluent than she truly is. The show stars Patricia Routledge, who received two BAFTA nominations for her performance as Hyacinth. Broadcast between 1990 and 1995 on BBC One, the sitcom spawned five series and 44 episodes—4 of which are Christmas specials. Keeping Up Appearances was a great success in the UK and also captivated a large audience in the US, Canada, and Australia, but production ceased in 1995 when Routledge wanted to move on to other projects. Since its original release, all five series—including Christmas specials—are available on DVD. In 2004, the sitcom was ranked 12th in the countdown of Britain's Best Sitcom. It is regularly repeated worldwide.
TV Show Star Rating : 7.2  Read More