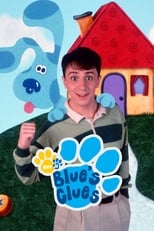 Blues Clues is an American childrens television show that premiered on September 8, 1996 on the cable television network Nickelodeon, and ran for ten years, until August 6, 2006. Producers Angela Santomero, Todd Kessler and Traci Paige Johnson combined concepts from child development and early-childhood education with innovative animation and production techniques that helped their viewers learn. It was hosted originally by Steve Burns, who left in 2002 to pursue a music career, and later by Donovan Patton. Burns was a crucial reason for the shows success, and rumors that surrounded his departure were an indication of the shows emergence as a cultural phenomenon. Blues Clues became the highest-rated show for preschoolers on American commercial television and was crucial to Nickelodeons growth. It has been called "one of the most successful, critically acclaimed, and ground-breaking preschool television series of all time". A spin-off called Blues Room premiered in 2004. The shows producers and creators presented material in narrative format instead of the more traditional magazine format, used repetition to reinforce its curriculum, and structured every episode the same way. They used research about child development and young childrens viewing habits that had been conducted in the thirty years since the debut of Sesame Street in the U.S. They revolutionized the genre by inviting their viewers involvement. Research was part of the creative and decision-making process in the production of the show, and was integrated into all aspects and stages of the creative process. Blues Clues was the first cutout animation series for preschoolers, and resembled a storybook in its use of primary colors and its simple construction paper shapes of familiar objects with varied colors and textures. Its home-based setting was familiar to American children, but had a look unlike other childrens TV shows. A live production of Blues Clues, which used many of the production innovations developed by the shows creators, toured the U.S. starting in 1999. As of 2002, over 2 million people had attended over 1,000 performances. 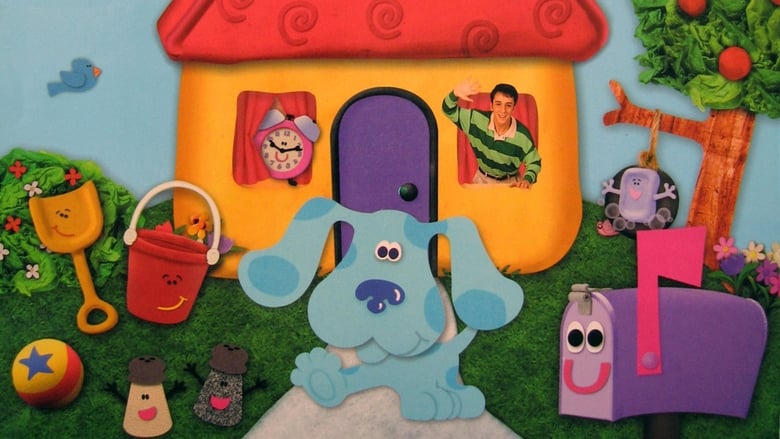 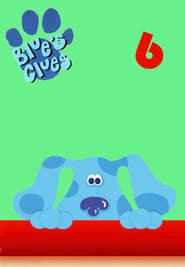 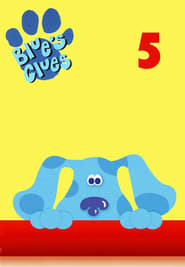 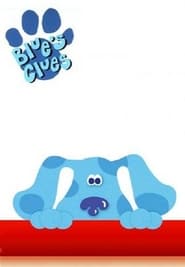 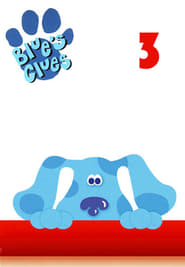 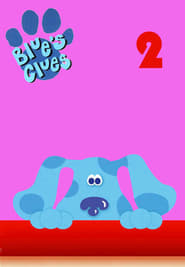 Aladdin is an animated television series made by Walt Disney Television which aired from 1994 to 1995, based on the original 1992 feature. It was animated at the Slightly Offbeat Productions Studios in Penrose, Auckland, New Zealand. Coming on the heels of the direct-to-video sequel The Return of Jafar, the series picked up where that installment left off, with Aladdin now living in the palace, engaged to beautiful and spunky Princess Jasmine. "Al" and Jasmine went together into peril among sorcerers, monsters, thieves, and more. Monkey sidekick Abu, the animated Magic Carpet, and the fast-talking, shape-shifting Genie came along to help, as did sassy, complaining parrot Iago, formerly Jafar’s pet but now an antihero. Jafar, having previously been destroyed in the second movie, returns in only one episode which also serves as a crossover with Hercules: The Animated Series. Many of the films' stars provided the voices of their TV counterparts, with the notable exception of Dan Castellaneta filling in for Robin Williams in the Genie role. Unlike The Little Mermaid spinoff series, this series does not feature any musical numbers. The series originally aired concurrently on the syndicated The Disney Afternoon block and on Saturday mornings on CBS. Disney Channel reran the series in the late-1990s until it was replaced by their pre-teen lineup. The show was later shown on Toon Disney, but has since been removed.
TV Show Star Rating : 6.9  Read More

Chip 'n Dale: Rescue Rangers is an animated series produced by Walt Disney Television Animation. Created by Tad Stones and Alan Zaslove, it featured the established Disney characters Chip 'n' Dale in a new setting. The series premiered on the Disney Channel on March 4, 1989, after a preview episode was aired on August 27, 1988. The series premiered with a two-hour movie special, Rescue Rangers: To the Rescue, which was later broken up into five parts to air as part of the weekday run. The final episode aired on November 19, 1990. On September 18, 1989, the series entered national syndication. From 1998 to 1999, reruns of the show were aired as a part of the Disney Afternoon line up.
TV Show Star Rating : 7.538  Read More

The animated daily trials and tribulations of clueless yet clever loner Mr Bean (aided by his best friend Teddy of course!) as he stumbles from one mishap to the next, always finding complex solutions to the simplest of problems.
TV Show Star Rating : 6.681  Read More

Disneys Adventures of the Gummi Bears

Join the world’s sweetest heroes for high adventure in a mystical land of giants and wizards, ogres and dragons, and wondrous creatures both good and evil. Meet Gruffi, Zummi, Cubbi, Grammi, Tummi, Sunni, and all the legendary Gummis as they laugh, play, foil dastardly plots, and fight for what's right.
TV Show Star Rating : 7.196  Read More

Aside from doubling the length of each episode, The New Scooby-Doo Movies differed from its predecessor in the addition of a rotating special guest star slot; each episode featured real-life celebrities or well known fictional characters joining the Mystery, Inc. gang in solving the mystery of the week. Some episodes, in particular the episodes guest-starring the characters from The Addams Family, Batman, and Jeannie, deviated from the established Scooby-Doo format of presenting criminals masquerading as supernatural beings by introducing real ghosts, witches, monsters, and other such characters into the plots.
TV Show Star Rating : 7.407  Read More